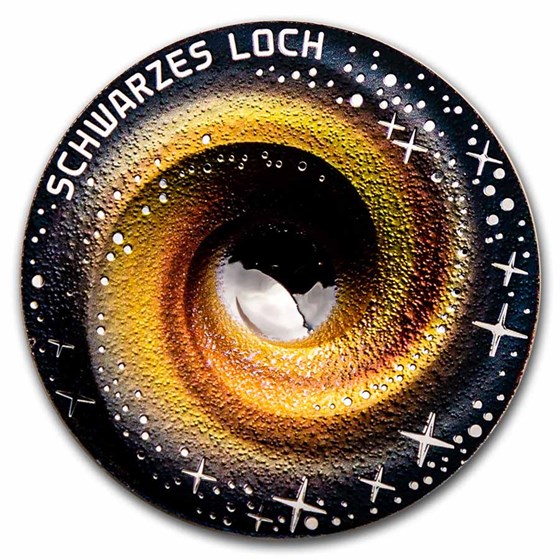 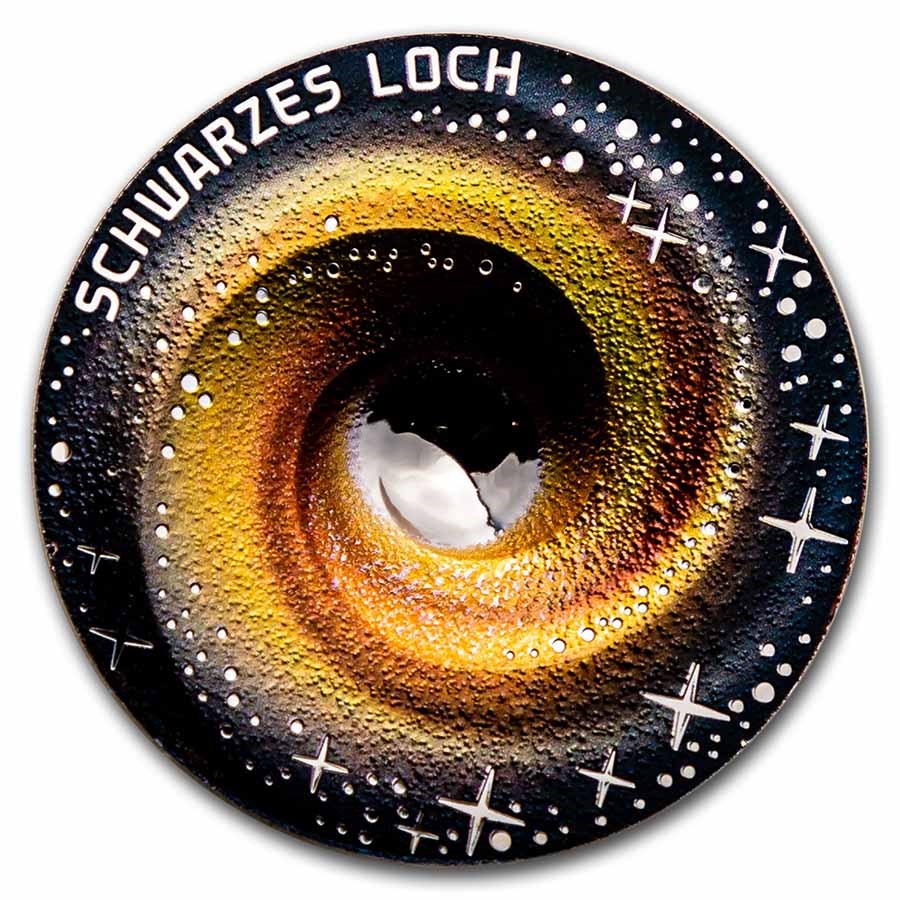 This coin is a fantastic addition to any collection. Add this 2022 Austria Silver €20 Uncharted Universe The Black Hole coin to your cart today!

Series: Uncharted Universe
A unique coin for a unique phenomenon. Concave on one side and convex on the other, The Black Hole illustrates the funnel shape of these regions of spacetime where gravity is so strong that nothing can escape from them. One way of envisaging a black hole is as a vortex that draws in everything in its immediate proximity. Once beyond the point of no return – known as the ‘event horizon’ – the ‘singularity’ awaits at the center. Stephen Hawking and Roger Penrose showed that this is a place where space-time curvature is infinite.

The interpretation of the black hole as a region of space from which nothing can escape was first published by American physics professor David Finkelstein in 1958. But it was not until 1971 that Cygnus X-1 became the first black hole to be named as such, having been identified by several researchers working independently.

Although storing vast amounts of energy, black holes do not emit light. For this reason, the first photograph of a black hole was not published until 2019 and, even then, only as an indirect image of the shadow it casts. No wonder that so much remains unclear about black holes. Among the most complex objects possible in our or any other universe, they are not only a challenge experimentally but also raise a multitude of fundamental questions about space and time.

Austrian Mint Commemorative Coins
APMEX is proud to offer products from the Munze Österreich, or Austrian Mint. With more than 800 years of coin-production experience, the Austrian Mint in Vienna has become world-renowned for coin production and Precious Metals processing. As a subsidiary of the Austrian Central Bank, the Austrian Mint's foremost task is to produce all of the circulating euro coinage for Austria. But the mint also strikes an impressive range of collector coins and medal, along with producing some of the world's best-selling bullion coins. In addition to the popular Silver Philharmonic coins, the Austrian Mint produces many beautiful commemorative coins to honor people, places and events of its history. More than 400 million coins are produced at the Austrian Mint each year.