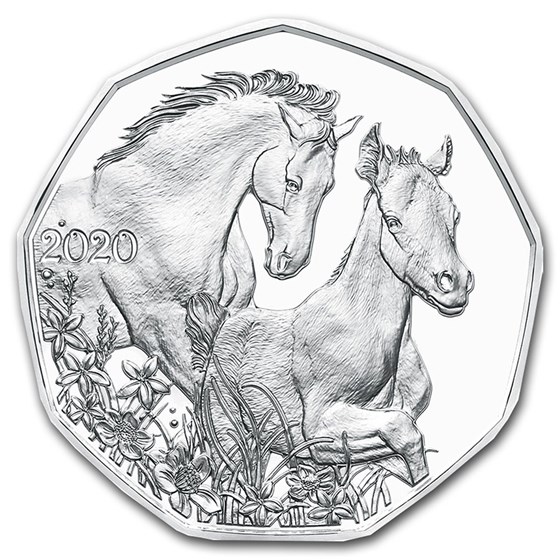 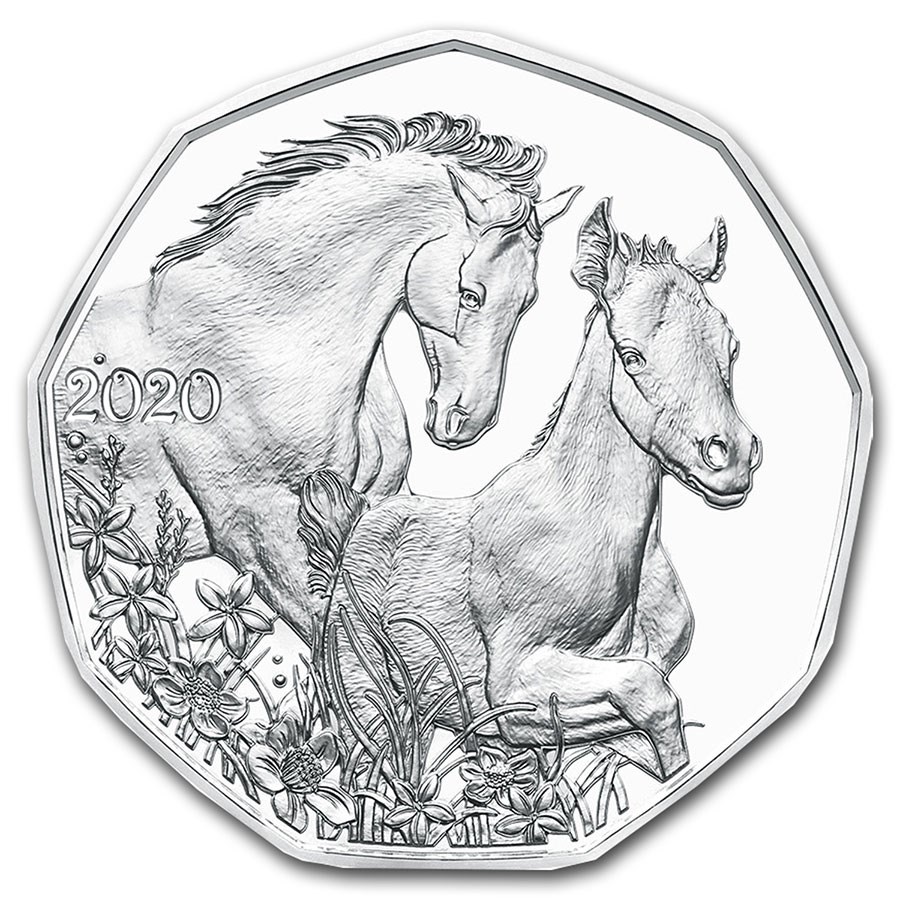 Product Details
Product Details
Spring is the time of year when the natural world bursts back to life in an explosion of activity after the long, cold sleep of winter. The Austrian Mint’s Spring Coin 2020 features a whole host of plants and animals typical of this season of abundance.

Few animals have had a bigger impact on humans than the horse. From being the subject of countless prehistoric cave paintings, to the leading form of human transport for more than five millennia, the horse has played an unparalleled role in the development of society. Its power, beauty and sensitivity also make the horse one of the most beloved members of the animal kingdom, not least among young female riders, many of whom form a profound and enduring bond with their loyal steed.

The most iconic of all European horse breeds is the Lipizzaner, made world famous through its connection with the Spanish Riding School in Vienna. Originally from Slovenia, the Lipizzaner has been bred since 1920 at the stud farm at Piber in the Austrian province of Styria, where some 40 foals come into the world every year. Within minutes of their birth, new-born foals can stand and, though initially unsteady, are soon galloping joyfully across the alpine meadows. Coin Highlights:
Add this 2020 Austria Silver €5 Horse coin to your cart today!

The design of the coin and it being a euro coin makes it a must have any collectors collection.

I bought this as a gift for a friend that loves horses. I haven’t given it to her yet but I’m sure she is going to love it along with the two other horse pieces I bought along with this. I picked up a one ounce and a two once .999 silver Horse coins.