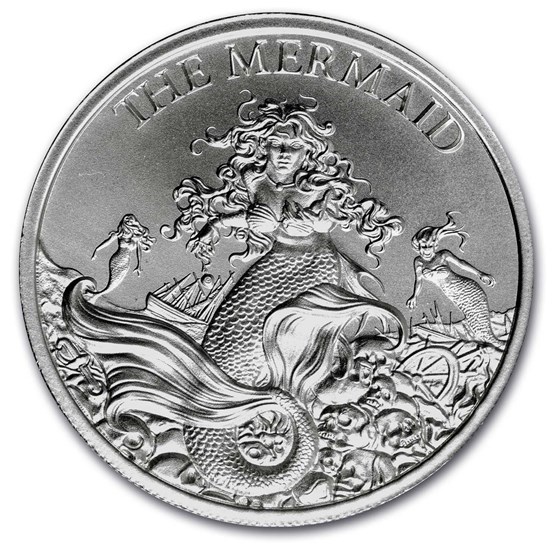 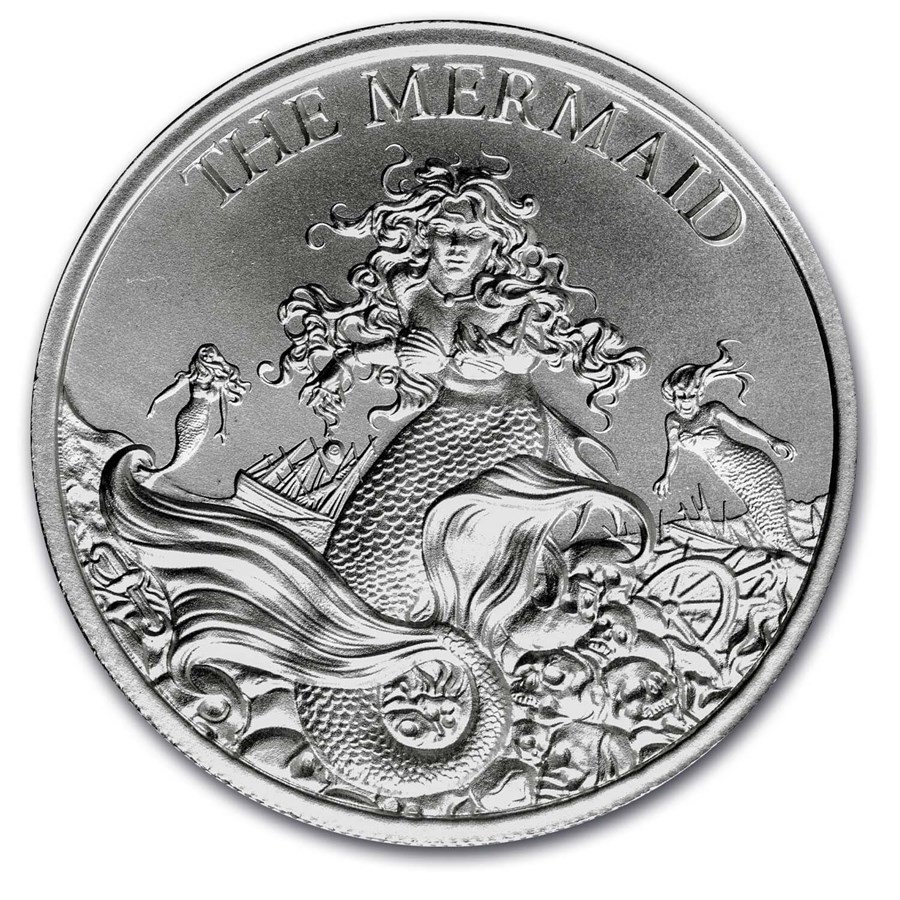 Your purchase is guaranteed to match the quality of the product shown. It will not be this exact item.
Product Details
Product Details
This 2 oz .999 fine Silver round is part of the Cryptozoology series, which features a highly detailed image of a Mermaid.

With most of our planet covered in water, it’s no surprise that 100’s of years ago, the oceans were believed to be filled with many mysterious creatures, mermaids and serpents being the most popular in folklore. Mermaids are of course the marine version of the half-human, half-animal that have captured the imagination of the ages, and appear in the folklore of many cultures worldwide.

The first mention of mermaids appeared in Assyria, part of the Mesopotamian kingdom (circa 2,500 BC to 600 BC). The goddess Atargatis transformed herself into a mermaid out of shame for accidentally killing her human lover.

Fantastic Design and very intricate! Detailing is of very high grade! You can even see the mermaids in the back have individual scales on their fish bodies and piles of skulls below! Very impressive piece!