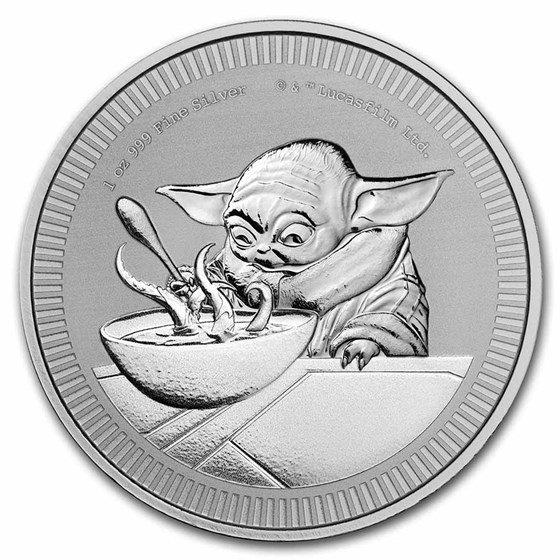 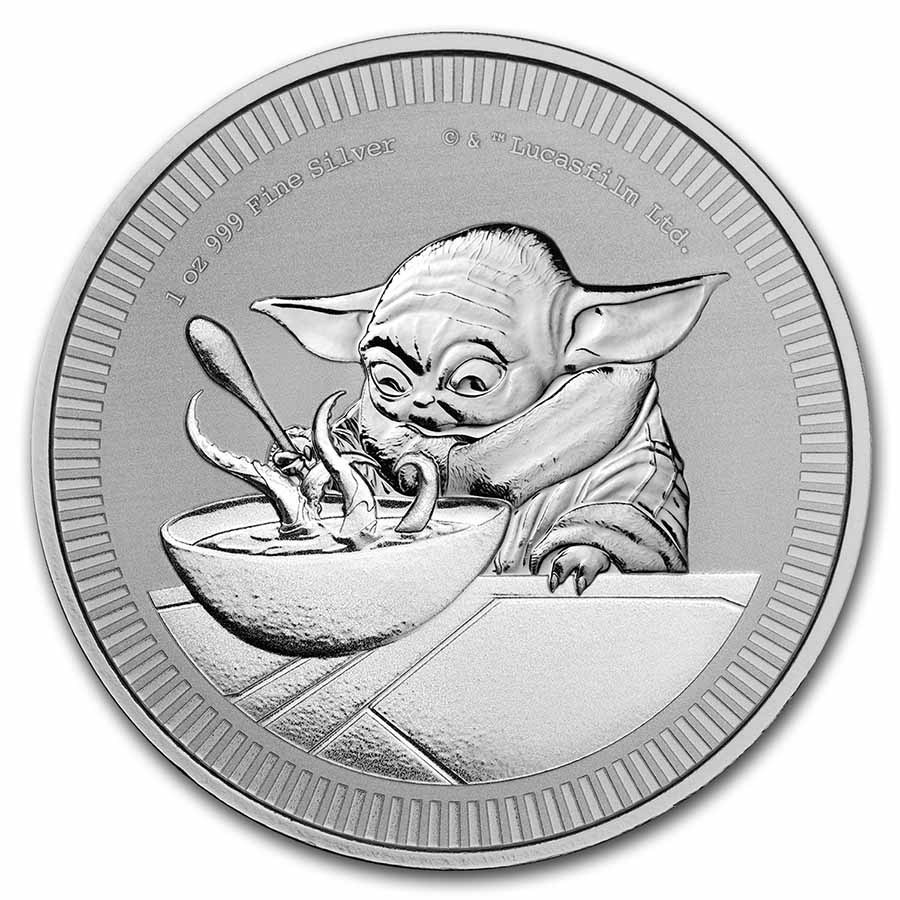 Product Details
Product Details
Continuing the popular APMEXclusive® Star Wars Mandalorian series, this release features the iconic Grogu, also known as Baby Yoda, from the Disney+ show, The Mandalorian. It is perfect for any fan of this legendary film and television series.

Protect your newest Star Wars: Grogu coin, and other prized collections, by adding a home safe or lock box to your order.


Star Wars: Grogu "The Child" (aka Baby Yoda)
Created by Jon Favreau, the popular Disney+ series The Mandalorian follows Grogu and Din Djarin as they journey across the galaxy. Grogu, also referred to as “The Child,” is from the same green-skinned species as the Jedi Master Yoda and trained under the Jedi Order before it was besieged during the fall of the Galactic Republic. Although the other younglings perished, Grogu was saved and hidden away for his security. Countless bounty hunters sought after Grogu, but none were able to find him – until Din Djarin. Din Djarin, also known as the Lone Mandalorian, ultimately becomes Grogu’s protector and travel companion. The small green Baby Yoda quickly became one of the most adored characters in the Star Wars universe, and the two The Mandalorian seasons currently available have received critical acclaim.

APMEX is the Best!

I got the themed monster box which came sealed from the mint. I couldn’t be happier with my purchase! Absolutely love it!