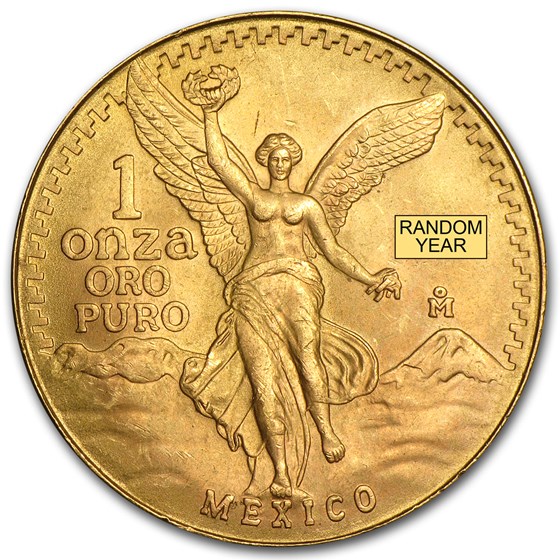 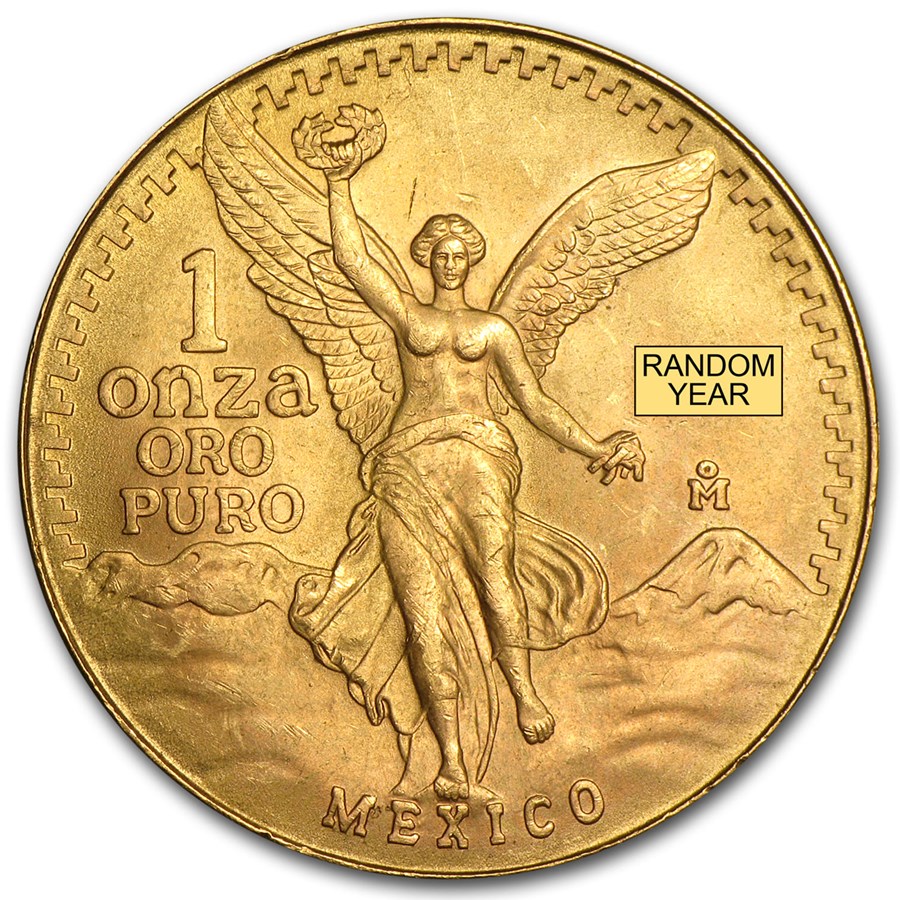 Your purchase will match the quality of the product shown. Dates will be of our choosing and may or may not vary, determined by stock on hand.
Product Details
Product Details
Gold Mexican Libertads are stunning coins that stand out in any collection and because of their limited mintages, they are rarely seen in North America. Gold Libertads feature iconic Mexican imagery, produced in striking Gold quality.

This magnificent Brilliant Uncirculated 1 oz Gold coin is a popular choice not only because of its attractive design, but also its mintage at Casa de Moneda de Mexico, the oldest mint in North America. Add this 1 oz Gold Mexican Libertad or Onza coin to your cart today!

Gold Libertads were first struck in 1 oz Gold in a Brilliant Uncirculated finish in the year 1981. The design on the coins minted in 1981 and 1991-1994 is based on the historical Centenario coin that celebrated the 100th anniversary of Mexico's independence from Spain. The 2000 Gold Libertad was the year when the design was updated to also feature the historical coat of arms surrounding the coat of arms of Mexico. Gold Libertads are known to have low mintages for bullion coins, making backdated coins difficult to come across, and adding to the collectibility of the series.

When collecting Mexican Gold coins, or any Gold coins, the condition of the coin is very important if you want to possess a coin not only for its Gold content, but also its numismatic, or collector, value. The Mexican Gold Onza, or any Gold coin, that is designated a Brilliant Uncirculated coin is a coin that has never been in circulation and has retained its original mint luster. Brilliant Uncirculated Gold Libertads and other BU coins are also described as MS (mint state) and can be graded from MS-60 to MS-70 by an official coin grading service such as PCGS or NGC, two of the top services.

Did you know if you bought a 2007 Mexico Gold Libertad when it was released, the premium would have grown five times the original amount? Learn more.
See More +

Mexican Gold coins like the Libertad or Onza have a relatively low mintage compared with other Gold coins, making them a valuable addition to any collection and investment portfolio. These stunning Brilliant Uncirculated Gold Libertads and Gold Onzas offer collectors the chance to admire the iconic imagery with original mint luster. The Mexican Gold Onza or Gold Libertad minted between 1981 and 1988 contains .900 fine Gold, and those minted from 1991 on contain .999 fine Gold. All Gold Libertad coins and Gold Onzas are backed by the Banco de México and all Mexican Gold coins are minted at the Casa de Moneda de México, the oldest mint in North America, further adding to their cachet.

Was happy with coins received and good delivery time for order.

Beautiful coin. Really like the design. Listed as BU - but the 2014 edition I received looks like it would grade out higher than that. Really impressed.

My rating for this listing is specifically on the 1 oz gold Onza . . . . Great value (compare to other one ounce gold piece options). Beautiful, and at .900 the extra weight (total 34+ gm) makes the heft impressive. The photo/description does not mention the interesting edge markings: "Libaertad", "Independencia". Additionally, the Onza is readily recognized, but yet not commonly found, making it a nice part of a collection.