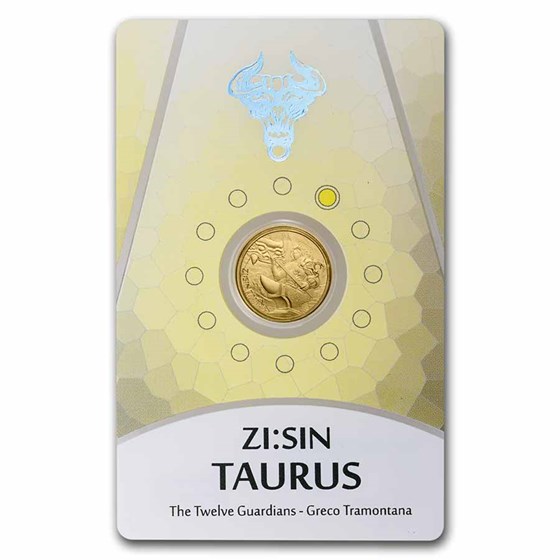 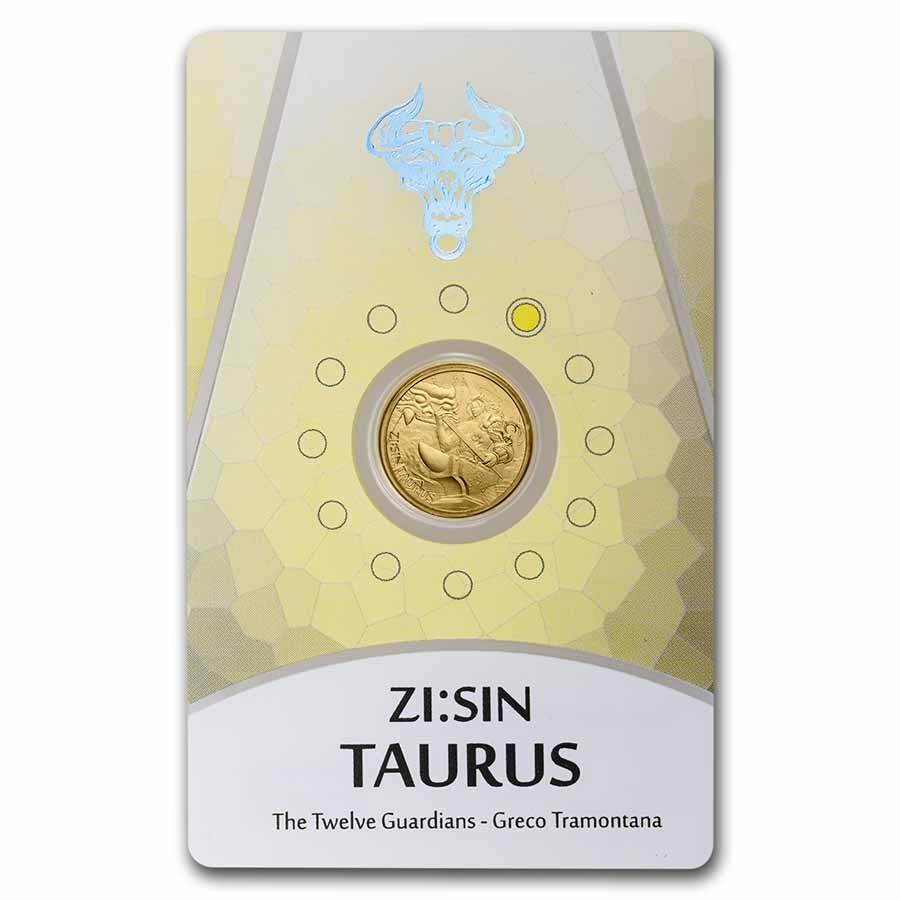 ZI:SIN are the Twelve Guardians assigned to protect twelve directions. They serve protection to the world against evil forces from twelve directions at all times. This issue features Taurus forging a sword.

Don't miss the chance of owning the fourth release of Korea's newest Gold medal bullion series. Add one of these Korean 1/10 oz Gold medals to your cart today!

ZI:SIN Taurus
Among the ZI:SIN Guardians, Taurus is the defender of peace, but also the god of war. He labors both at forging weapons and practicing their use. With his disciplined determination, wild flowing hair, powerful build and bull armor, Taurus embodies the essence of a powerful bull that boldly charges at enemies and cannot easily be stopped.