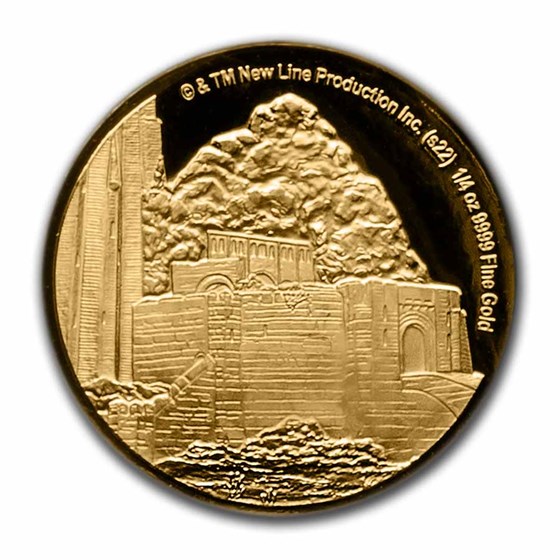 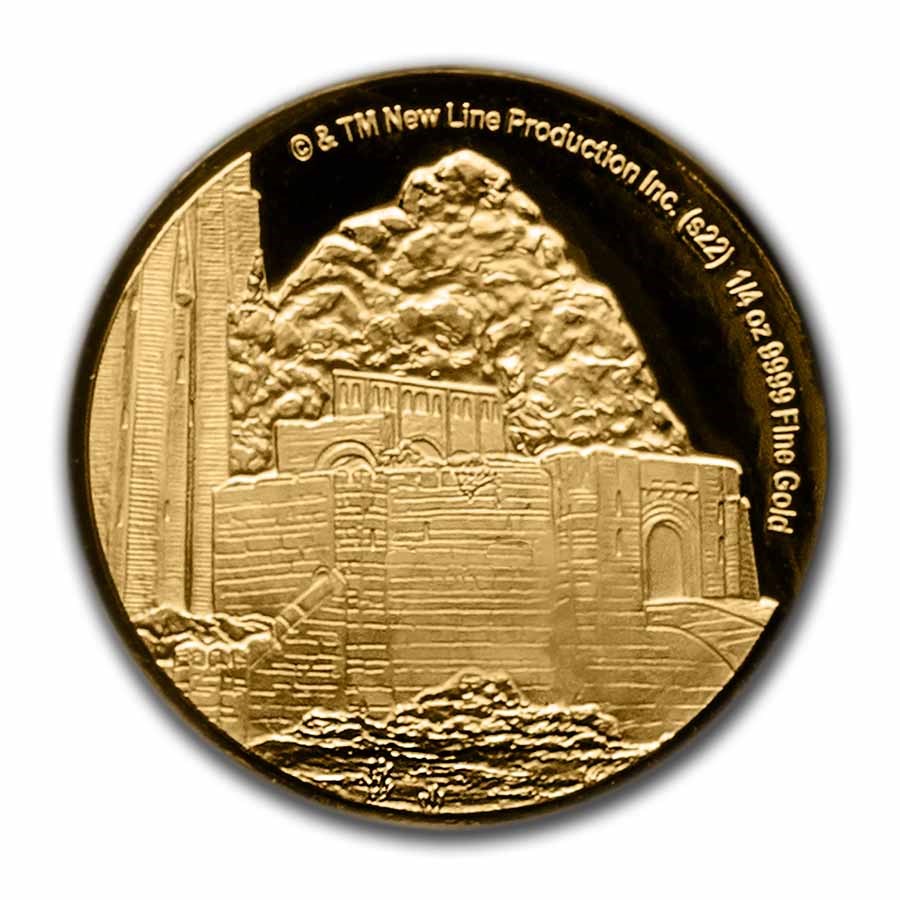 Your purchase is guaranteed to match the quality of the product shown. It will not be this exact item.
Product Details
Product Details
Commemorate the stronghold of the Rohirrim, Helm's Deep, where the people of Rohan emerged victorious against the Uruk-hai! These limited mintage Gold coins are perfect for any Lord of the Rings fan!

Be sure to grab this highly collectible coin immortalized in .9999 fine Gold. Add this 2022 1/4 oz Gold $25 Lord of the Rings Helm's Deep coin to your cart today.