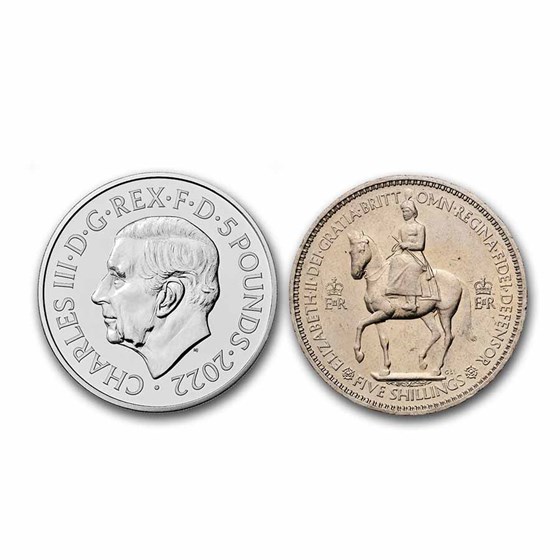 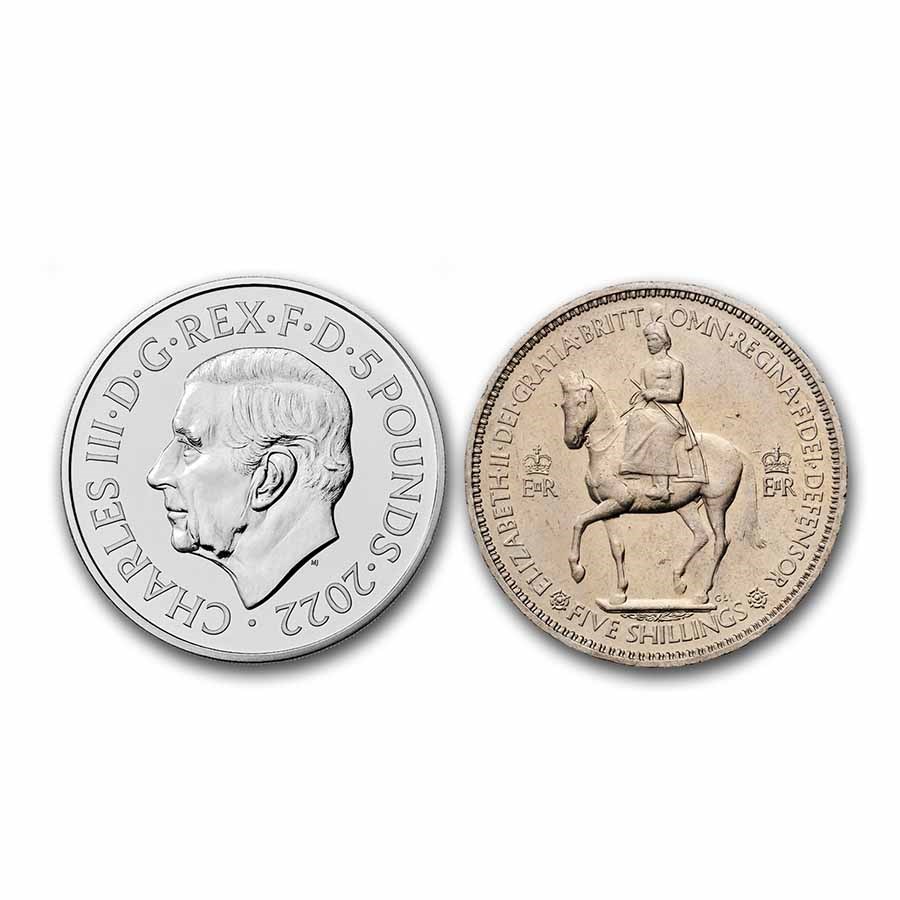 Your purchase is guaranteed to match the quality of the product shown. It will not be this exact item.
Product Details
Product Details
Honoring Queen Elizabeth II, The Royal Mint released a historic 2-coin memorial set. This set includes a 2022 £5 Commemorative coin with the premier effigy of Charles III & a 1953 Five Shilling, design with Queen Elizabeth on horseback at her Coronation.

Celebrating the Life & Legacy of Her Majesty Queen Elizabeth II
Her Majesty inherited the throne at just 25 years old and reigned for the next 70 years. As the longest reigning monarch, Queen Elizabeth's status as head of state remained a constant source of strength through times of uncertainty. She led through post-war hardships, the transition from Empire to Commonwealth, the end of the Cold War, and the United Kingdom's admission to and out of the European Union. She reformed the monarchy, making strides to engage the public with walk abouts, royal visits and attendance at public events. Perhaps it was this level of engagement and strength of character that Her Majesty is most remembered for. While celebrating her Platinum Jubilee in June 2022, Her Majesty said, "I know of no single formula for success. But over the years I have observed that some attitudes of leadership are universal and are about finding ways of encouraging people to combine their efforts, talents, their insights, their enthusiasm, and their inspiration to work together." Queen Elizabeth II did much to inspire unity in her 70-year reign. She was beloved and her loss is felt worldwide.

The Royal Mint
The Royal Mint is the official mint of the United Kingdom, and has a rich history spanning over 1,100 years. The mint offers unique and innovative products to celebrate traditions and moments, and offers a wide variety of collectible and investment coins. They are well known for their flagship Britannia products, and also produce coinage for the United Kingdom.