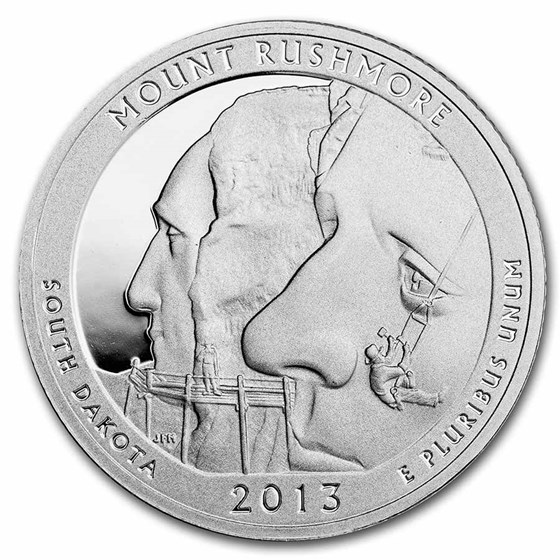 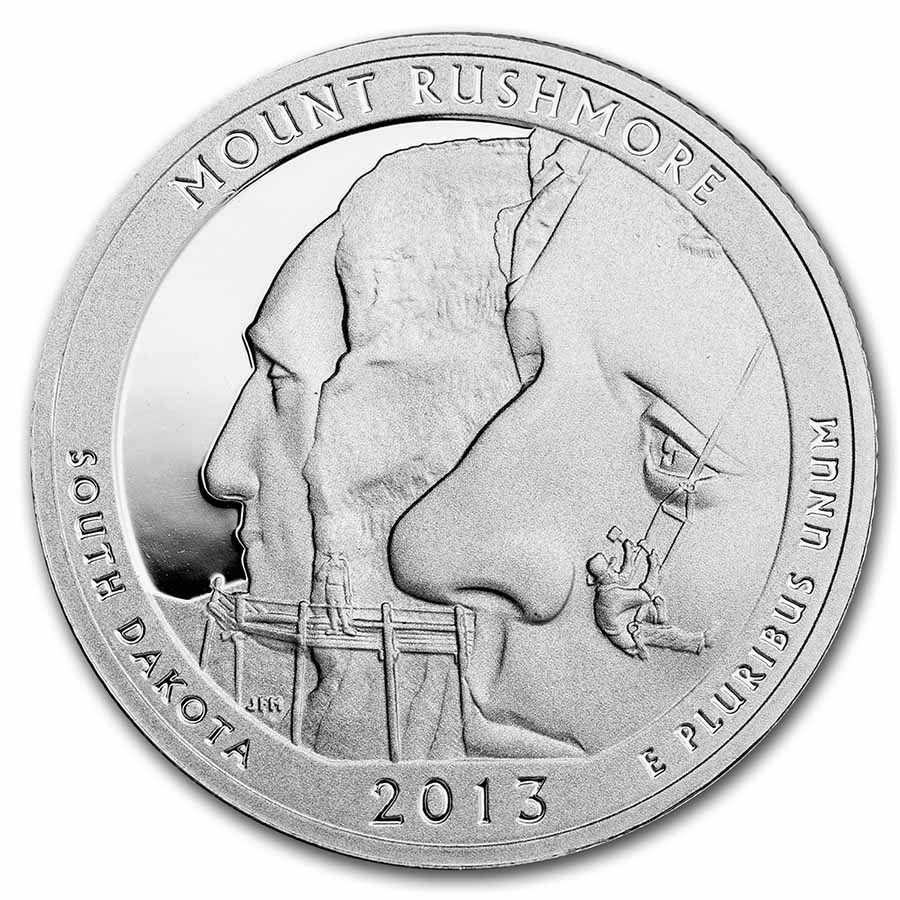 Product Details
Product Details
This beautiful coin pays tribute to Mount Rushmore. It is an excellent addition to any America the Beautiful Quarter type set!

Protect and display your Mount Rushmore Quarter by adding a protective plastic capsule to your order.

Mount Rushmore stands 5,725 feet above sea level and was selected as the carve site for the 60-foot-tall monument due to its smooth fine-grained granite, which erodes only one inch every 10,000 years. It was designed and sculpted by renowned sculptor Gutzon Borglum, who was born in 1867 in the Idaho Territory.

The project cost almost $1 million, began on October 4, 1927 and finished on October 31, 1941. Mount Rushmore features four of the United States' most prominent presidents: George Washington, Thomas Jefferson, Theodore Roosevelt and Abraham Lincoln. However, this coin only depicts Washington and Jefferson.