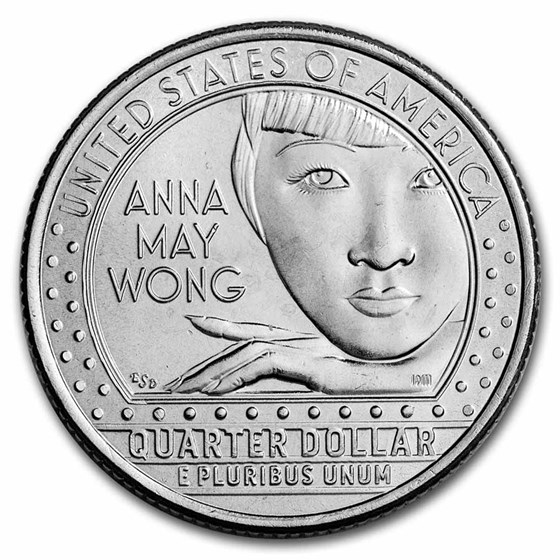 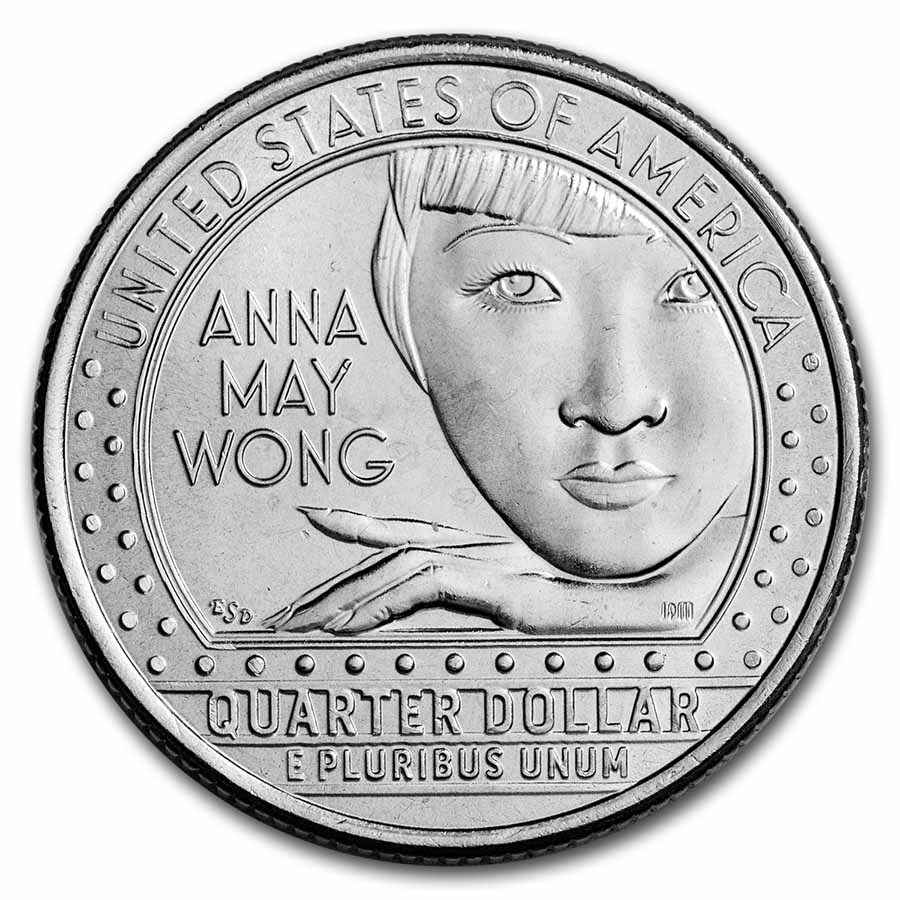 Product Details
Product Details
The fifth quarter of the American Women Quarter Program, this coin commemorates and honors Anna May Wong. The first Chinese American Hollywood star, she starred in silent films, TV and one of the first Technicolor movies.

Protect your graded 2022-D Anna May Wong Quarter in style by adding a beautiful display box to your cart.

Add this graded 2022-D Anna May Wong Quarter to your collection today!

American Women Quarters
The American Women Quarters Program is a four-year program that celebrates the accomplishments and contributions made by women to the development and history of our country. Beginning in 2022 and continuing through 2025, the U.S. Mint will issue up to five new reverse designs each year. The obverse of each coin will maintain a likeness of George Washington that is different from the design used during the previous quarter program.

Anna May Wong
Wong was born January 3, 1905, in Los Angeles. Her birth name was Wong Liu Tsong, and her family gave her the English name Anna May. She was cast in her first role as an extra in the film “The Red Lantern” (1919) at 14 and continued to land small roles as extras until her first leading role in “The Toll of the Sea” (1922). Her career spanned motion pictures, television and theater. She appeared in more than 60 movies, including silent films and one of the first movies made in Technicolor. Wong also became the first Asian American lead actor in a U.S. television show for her role in “The Gallery of Madame Liu-Tsong” (1951).

After facing constant discrimination in Hollywood, Wong traveled to Europe and worked in English, German and French films. She also appeared in productions on the London and New York stages.Wong was awarded a star on the Hollywood Walk of Fame in 1960. She died on February 3, 1961. She is remembered as an international film star, fashion icon, television trailblazer, and a champion for greater representation of Asian Americans in film. She continues to inspire actors and filmmakers today.