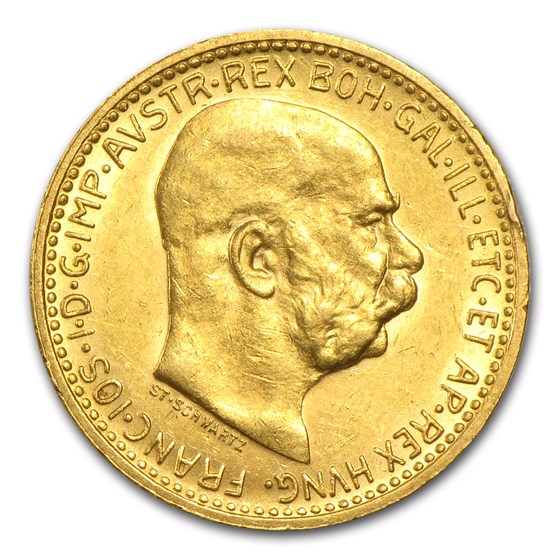 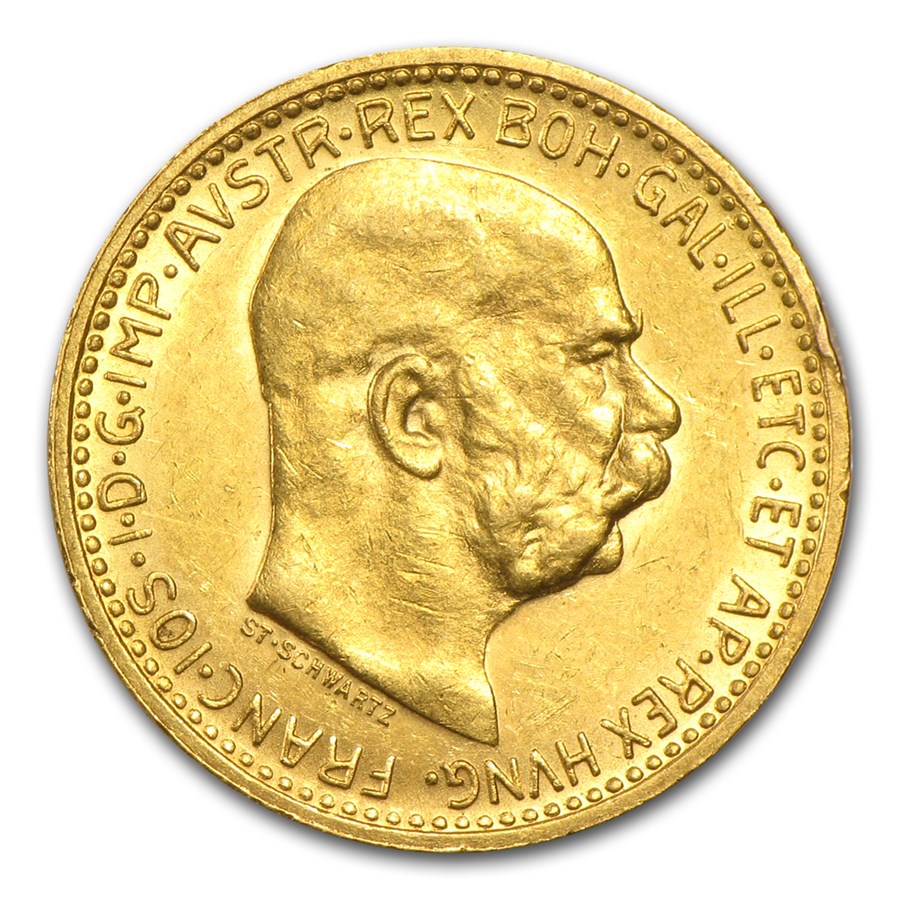 Coin Highlights:
Protect your Gold 10 Corona coin in style by adding an attractive display box to your order.

This stunning Gold bullion coin is very popular for its Gold content and classic design. Add some of these Austrian 10 Corona coins to your cart today!

Gold 10 Coronas were first issued by the Austro-Hungarian empire in 1892 following that year's coinage reform. The last issue of the 10 Corona for circulation was in 1911 during the last years of the reign of Franz Joseph I, just prior to World War I when Gold coinage production ceased.