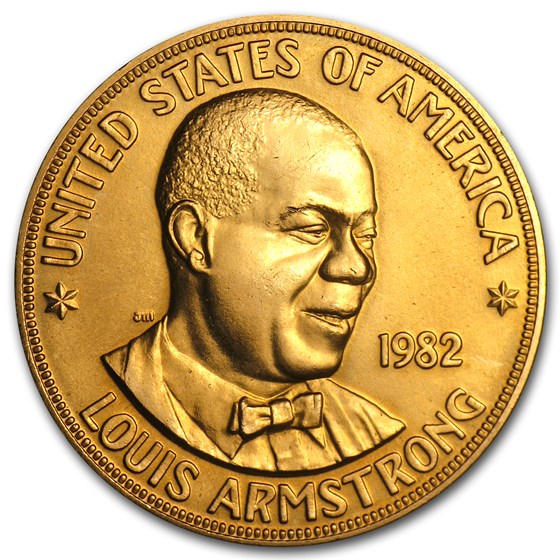 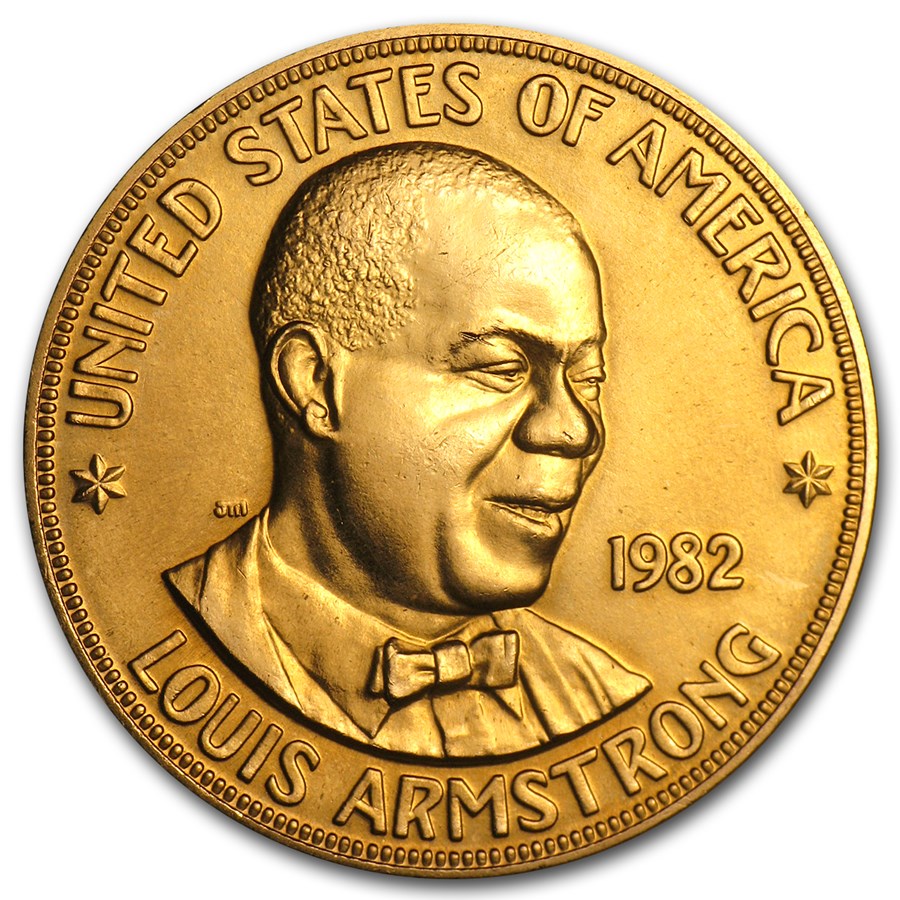 Love to own a commemorative piece of American History

While I like the US Mint Arts Medal series generally, not all issues actually have the gold content noted on the coin For example the '80 (Woods) and '81 (Twain) don't note metal content. However, this issue for Louis Armstrong does note "one once gold" on the reverse - which I like. Combined with low premium over spot, it's a good value.

The Louis Armstrong was my first arts coin. I'm impressed. It's certainly large enough to see details without a magnifying glass. I will definitely get others.