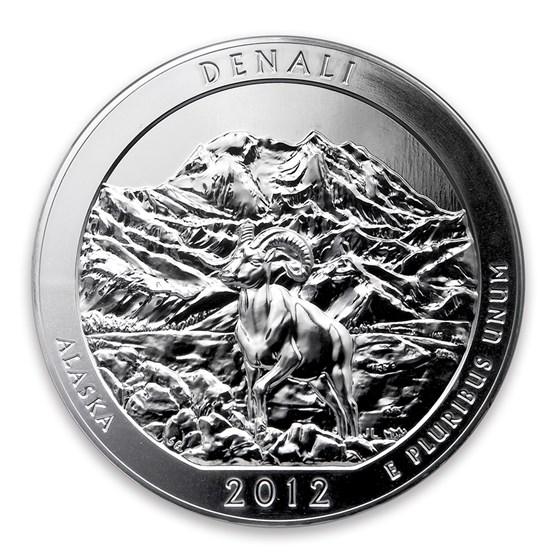 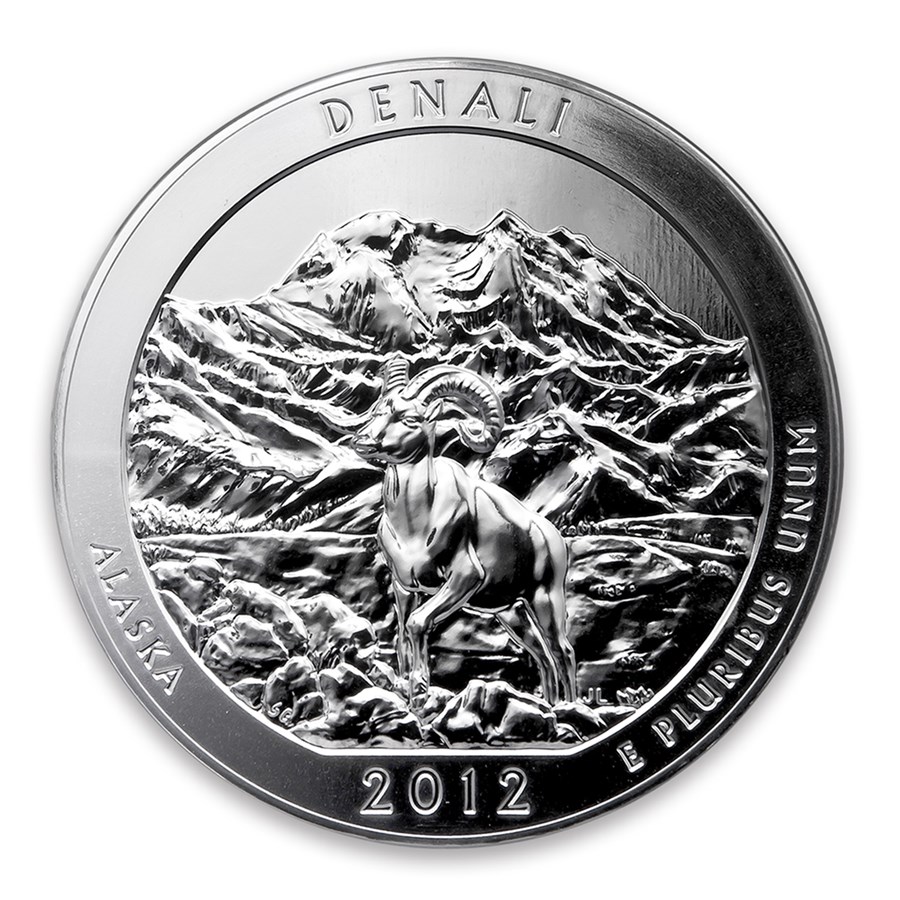 Coin Highlights:
Add a beautiful display box to your cart to display your Silver America The Beautiful in style.

These coins are sought after by investors for their .999 fine Silver content, and demanded by collectors for their artistic value. This combination makes them superior as both investments and collectibles. Add this attractive coin to your collection today!

Established as a national site in 1917, the park was created to protect wildlife populations such as grizzly bears, caribou, Dall sheep and moose. In 1980, the park was expanded from two million acres to its current size of more than six million acres, of which about 16 percent is covered in glaciers. At 20,320 feet above sea level, Mount McKinley (Denali) is the highest mountain in North America and is the third most prominent peak in the world behind Mount Everest and Aconcagua.

After spending a few years in Alaska in my younger days I purchased this coin. Couldn't have been a nicer coin!

Pricey, but it does belong in the collection.

One of many examples I have purchased from APMEX, this coin along with two others from 2012 that I recently purchased are of excellent quality. I especially appreciate APMEX working with me to provide the highest quality available. I look forward to buying all future editions of these ATB bullion coins from APMEX.

Apmex always ships in a timely manner and most always has the best prices.

Bought this at a time when the premium was much lower. Wished I had bought more before the price went up. Only recommend at a price closer to spot.

I had an issue with one they initially sent me. It seemed as though the coin was slightly buffed. APMEX sent me a new one which looks fantastic. They paid for the shipping an handling. They truly care if you are happy with your purchase.

Posted By:D to the J

I bought 2 of these when they were on sale. They aren't MS70 coins but were good enough.