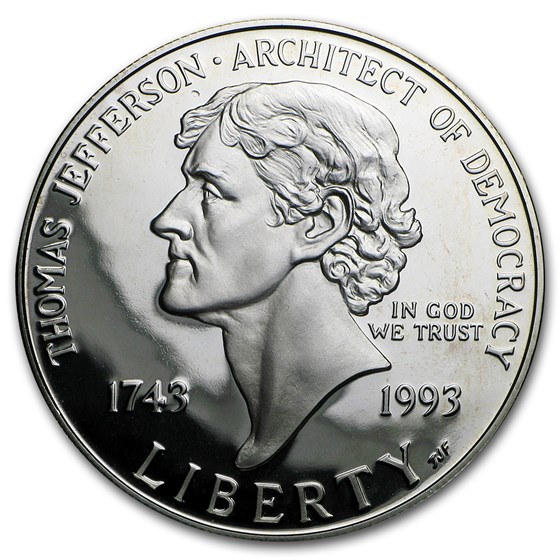 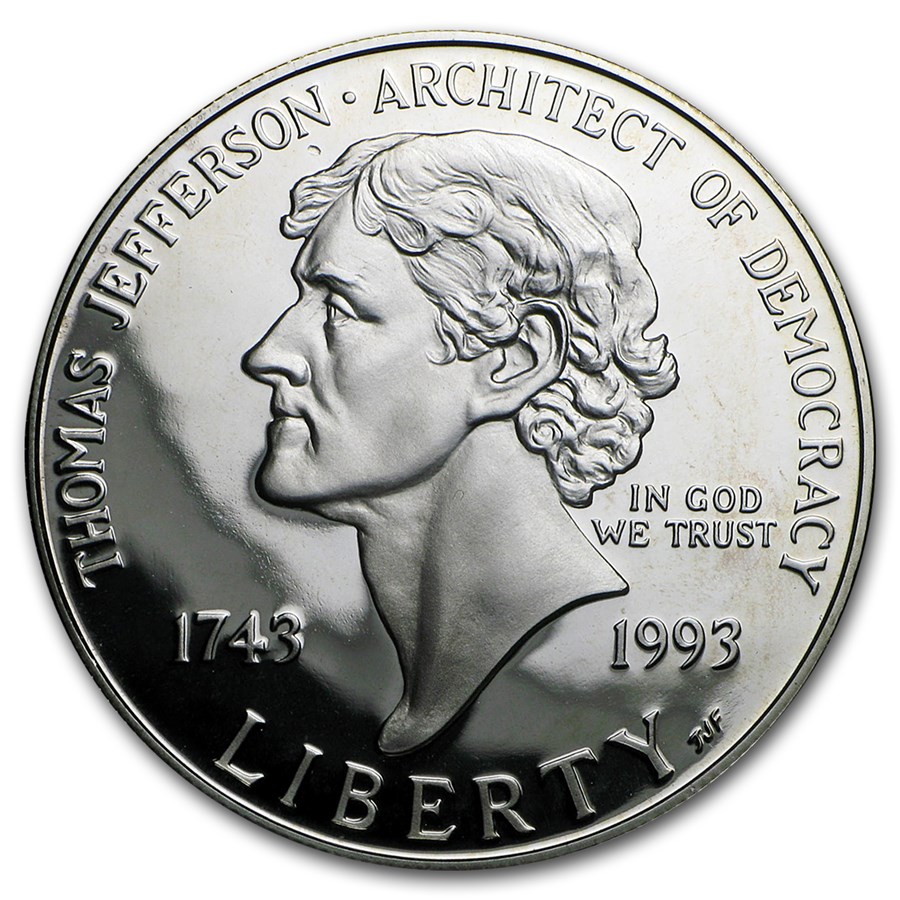 Coin Highlights:
Thomas Jefferson was one of the most iconic presidents of the United States. Add this 250th anniversary $1 Silver Commem coin to your cart today!

Founding Fathers are always an excellent subject for US coins. Well designed artwork.