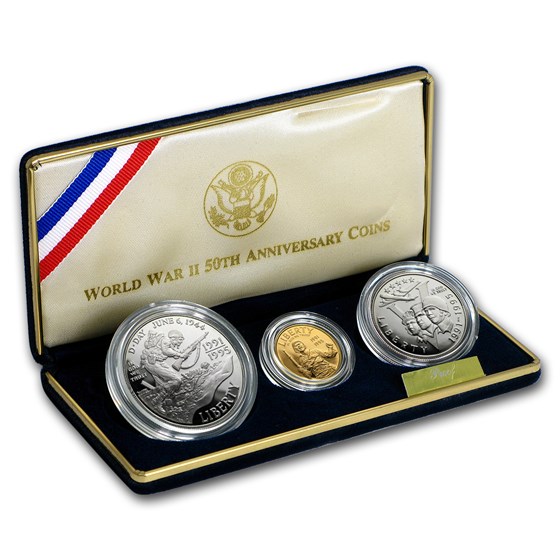 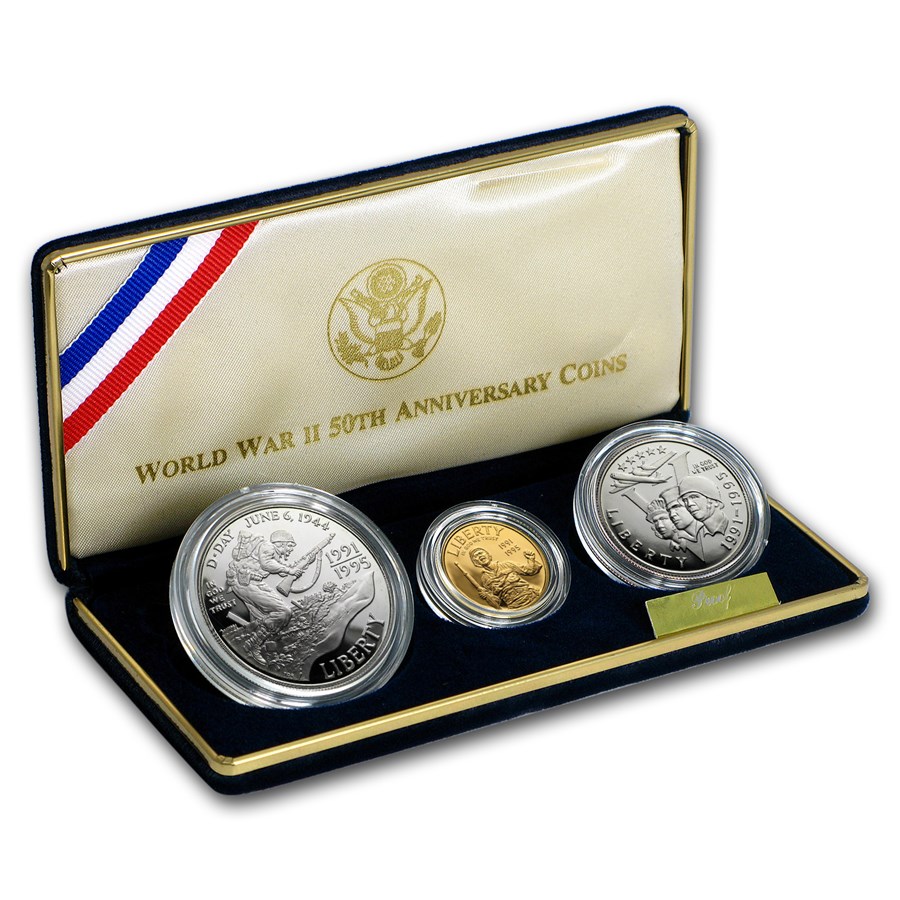 Product Details
Product Details
This proof set contains the half dollar, dollar and five dollar Gold coin complete with the original box and a certificate of authenticity.