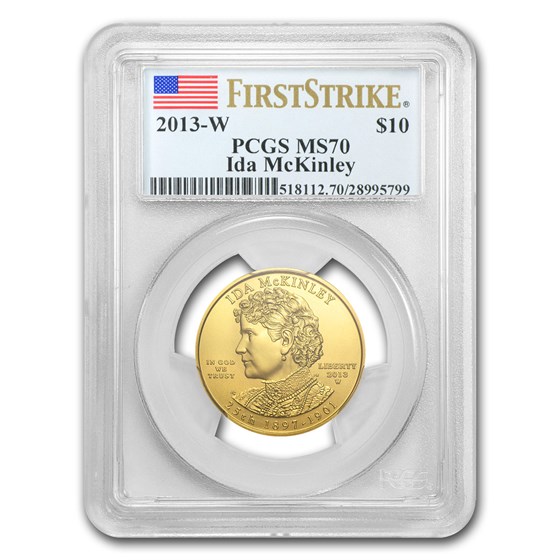 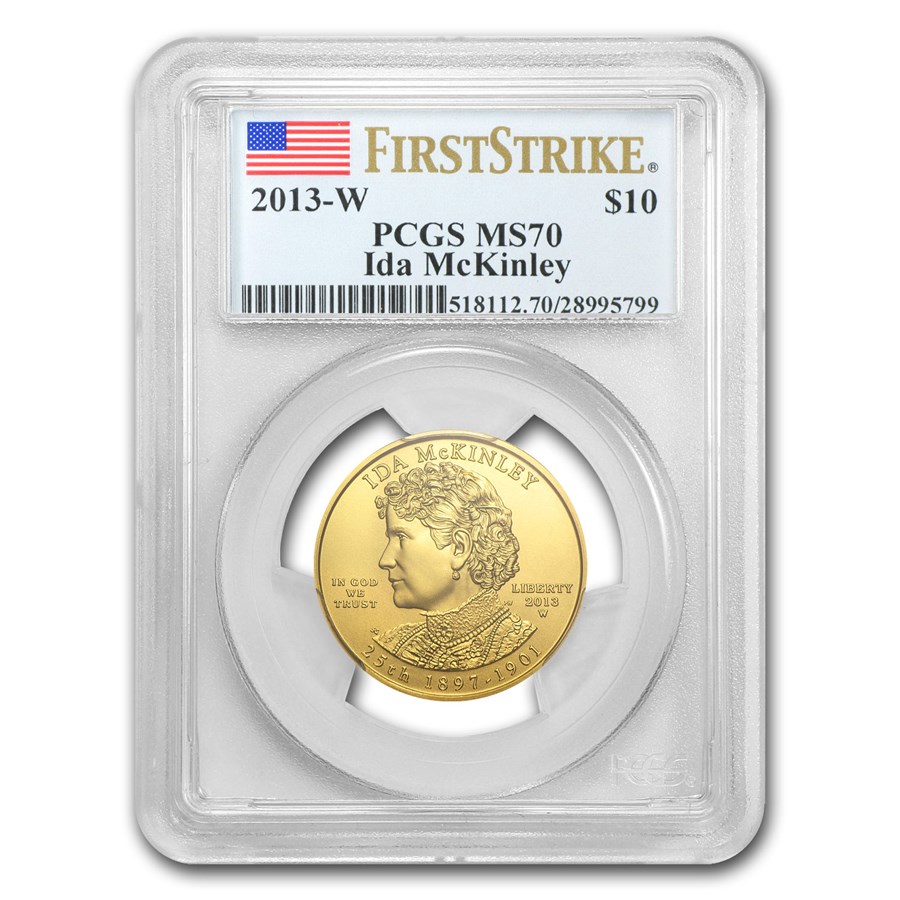 $2,043.09
As Low As
Product Details
Product Details
Only $1,519.00 per coin
The U.S. Mint's First Spouse series features each of the First Ladies that have graced the White House. This issue, graded a perfect 70 by PCGS, honors Ida McKinley.

This series of coins honors Presidential First Ladies who have added so much to our country. Add this 1/2 oz Ida McKinley Gold Coin to your cart today!

She remained First Lady of the United States until her husband was assassinated while still in office in 1901. Though she was too distraught to attend his funeral, she visited his grave every day until her own death 6 years later. The house she was born and raised in is now a National Historical Site in Canton, Ohio