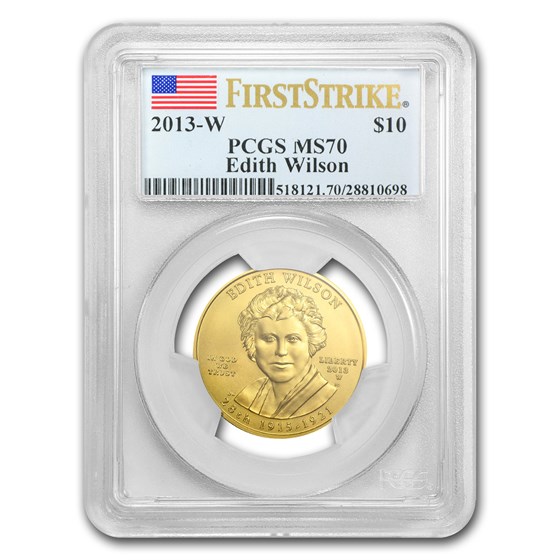 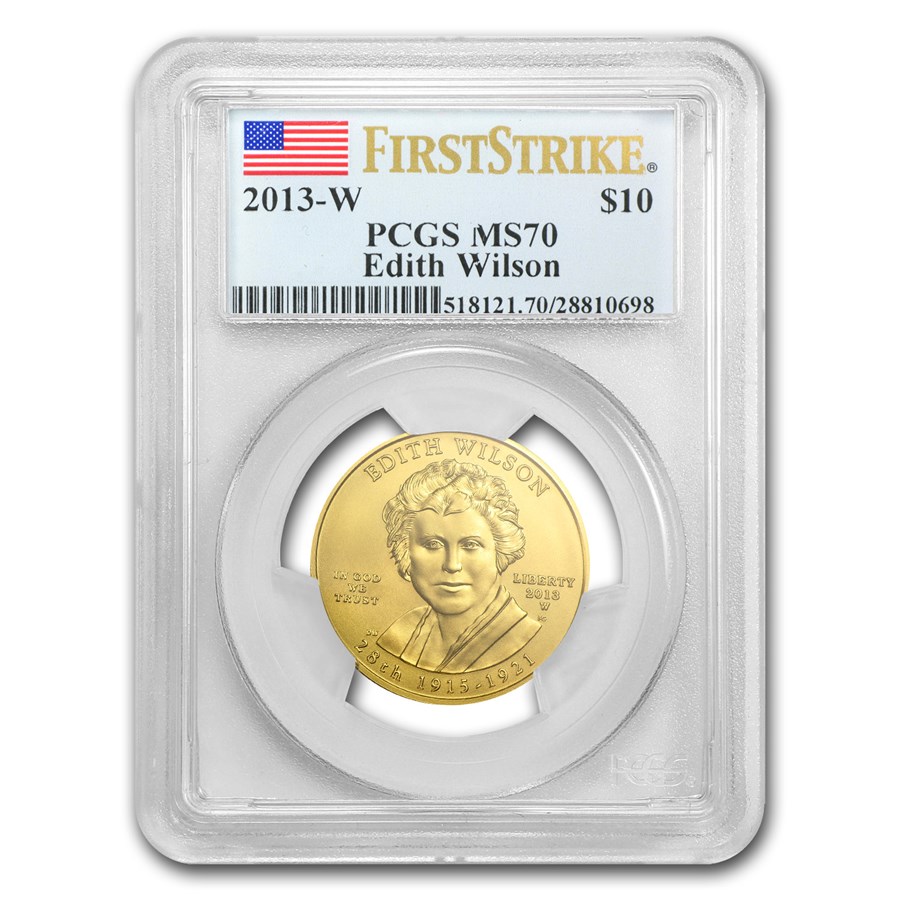 Product Details
Product Details
These are the first 1/2 oz Gold coins in the U.S. Mint's history that the metal content is .9999 fine. Low mintages offer great collectibility to this series. This is an Edith Wilson Gold coin graded PR-70 by PCGS.

Edith Bolling was the second wife of President Woodrow Wilson, as his first wife died while he was still in office. Due to the short time between the death of his first wife and the proposal to his second, the press gave Edith a very hard time and rumors began to spread that both Wilson and Edith had his first wife murdered. The situation became so potent that Wilson even gave Edith the opportunity to back out of the marriage. Four years after their wedding, Wilson suffered a debilitating stroke which rendered him partially paralyzed. Due to this, Edith took over many of the duties and responsibilities of government. She personally screened all state matters prior to Wilson seeing them. According to Edith, this was a direct order from his physician, as he did not want Wilson's mental health to worsen.