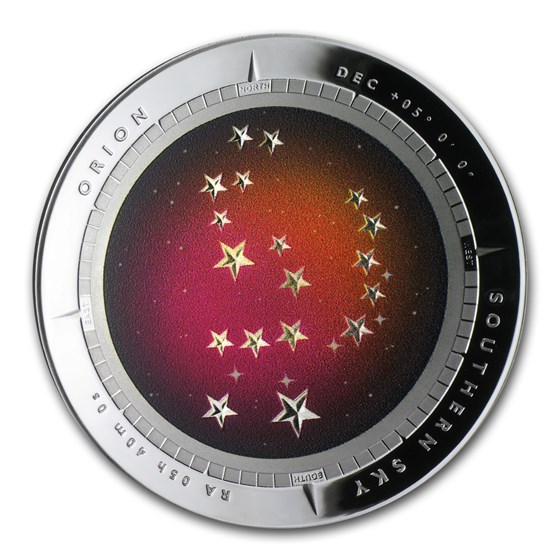 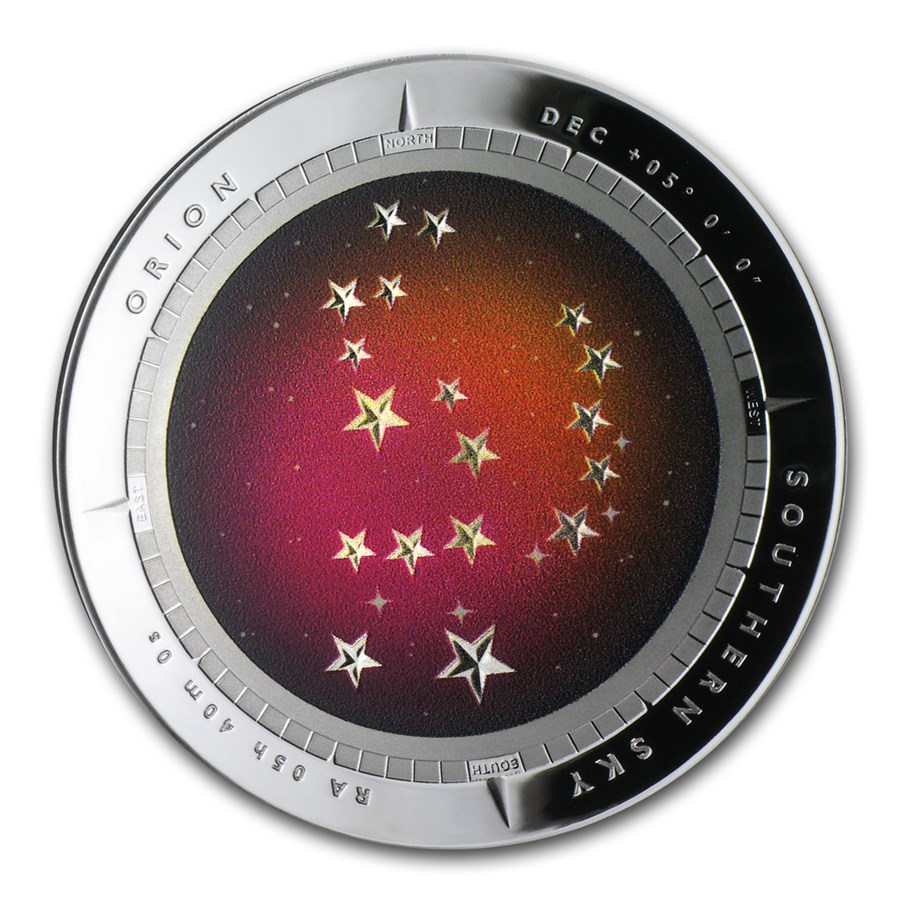 Product Details
Product Details
Reach for the stars with this captivating 2014 Australian 1 oz Proof Silver Southern Sky Orion coin! With a mintage of only 10,000 coins, the 2014 Orion is the third and final coin in the popular award-winning Australia Domed Southern Sky series!

Coin Highlights: The Royal Australian Mint has once again produced a coin enjoyed by all! Add the $5 Color Domed Southern Sky Orion concave coin to your cart today!

MUST BUY THE COMPLETE SET. THIS COIN IS BEAUTIFUL.

This is the third and final coin in the series. I just love all three of them, wish they would keep going. My wife loves astrology so I got them for her. Would recommend it to any star gazer.

The Obverse Side of the coin is just as special. The Queen is frosted, in a domed shape over a proof background. Buy two because you'll want to display both sides at the same time!

They are really nice

First domed shape coins I saw, Wanted to get some for my collection.