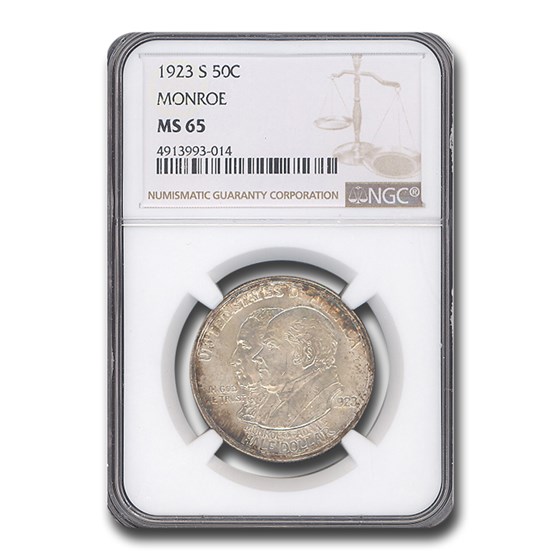 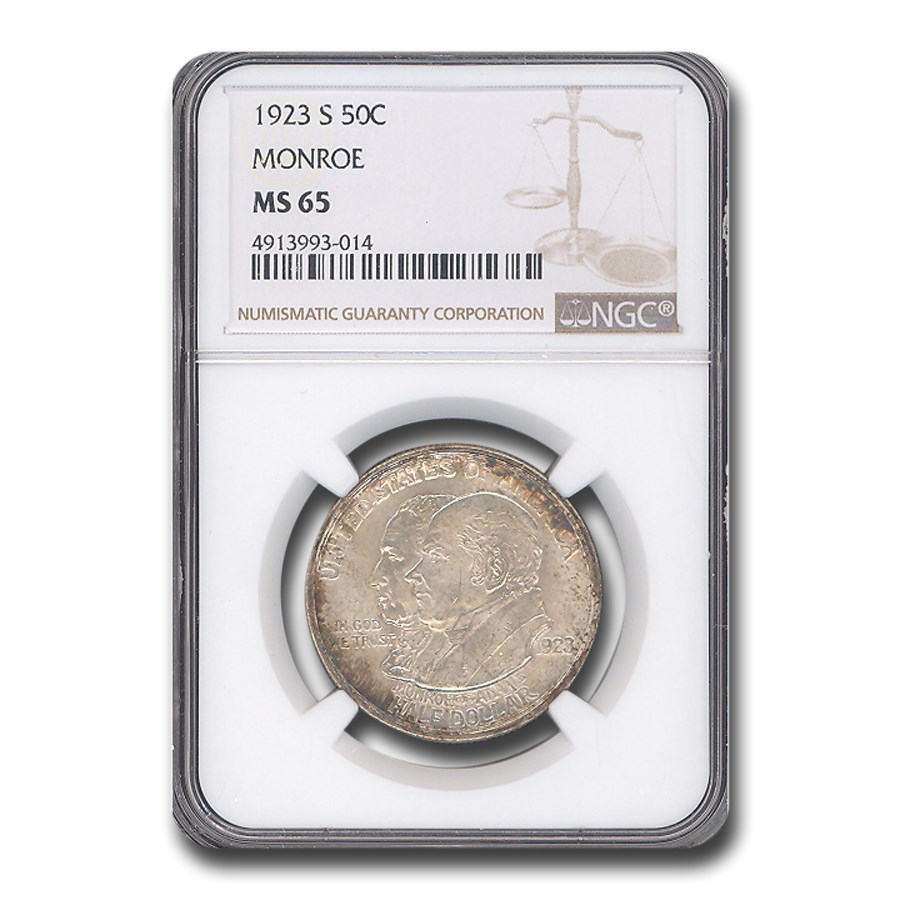 Product Details
Product Details
This coin was issued to celebrate the 100th anniversary of the issuance of the Monroe Doctrine by President James Monroe.

This commemorative coin will make an excellent addition to any collection. Add this historical graded Monroe Doctrine Half Dollar Commem to your order today!

One of the coins with the most convoluted history is the 1923-S Monroe Doctrine Centennial Half Dollar. Certainly, the Monroe Doctrine itself is deserving of national recognition. This foreign policy statement issued by President James Monroe in 1823 expressed in no uncertain terms that the U.S. would not tolerate European interference, control or influence in North and South America. However, the way the coin came about is odd to say the least. In the early 1920s, Hollywood was reeling from multiple scandals. To help polish the studios’ tarnished reputations, the American Historical Revue and Motion Picture Historical Exposition was formed.