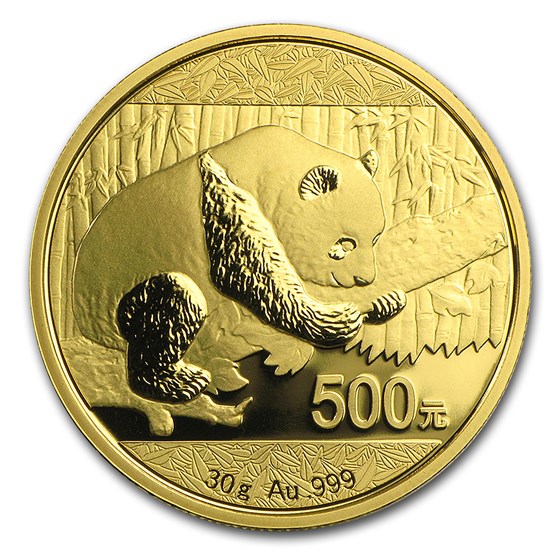 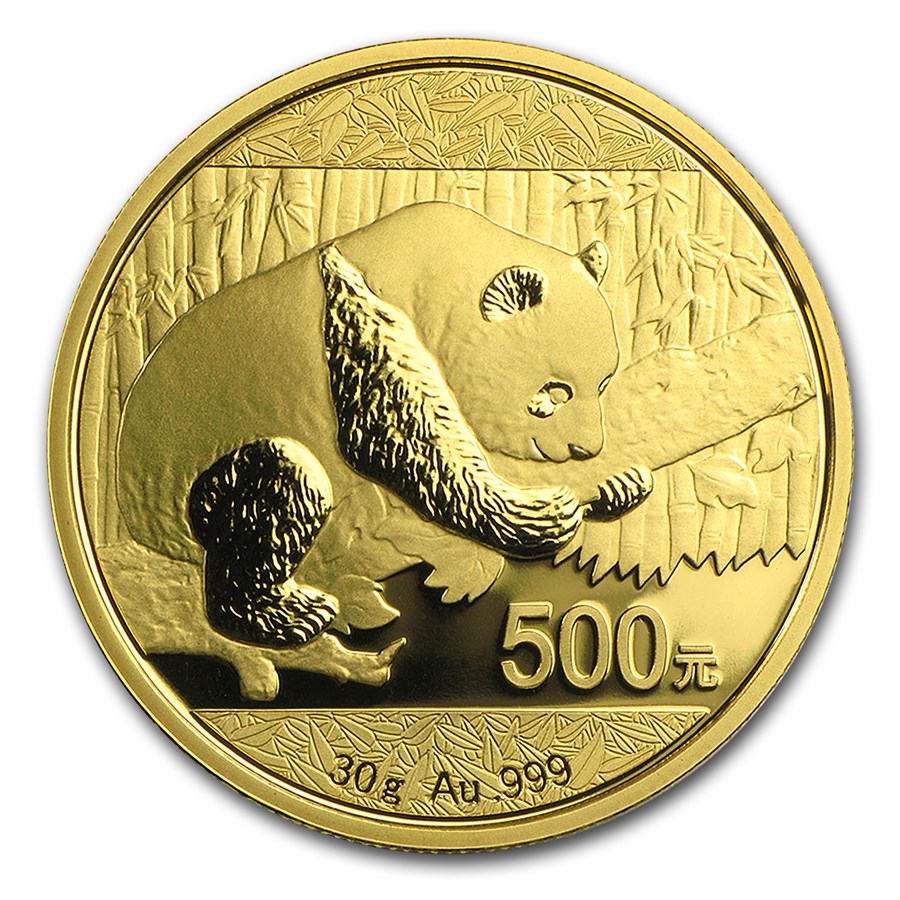 $2,087.69
As Low As
Product Details
Product Details
Gold Panda coins are one of the only bullion coins to feature a yearly changing design. In 2016, this series changes to match the metric system. The 1 oz Gold Panda will be replaced with this 30 gram Gold Panda, still containing .999 fine Gold.

The 2016 Chinese Panda release is sure to be an even greater collectible, being the first year of the new weight system for this popular series. Add the 2016 30 gram Gold Chinese Panda coin to your cart today!
The People’s Republic of China issues and guarantees the quality of each Gold Panda coin. Gold Panda coins are minted from several mints each year. Those mints include but are not limited to Beijing, Shenzhen, Shanghai and Shenyang. Unlike the U.S. Mint, these Chinese Mints do not incorporate mintmarks to distinguish the difference between each mint every year. Some years such as 1987 do feature a “Y” mintmark or “S” mintmark. The mints are also known for having minor differences in the design of the coin such as font size, small date, large date and designs of the temple in certain year’s mintages. With the annual change in design, and unique mint variations, the price of Gold Pandas has appreciated over time making them highly sought after by collectors and investors.
To add to their collectibility, the People’s Republic of China issues specialty designed Gold Panda coins for coin expositions. These designs usually feature similar panda designs with extra scrollwork or other design enhancing features along with the expositions name and variations in the Hall of Prayer for Abundant Harvests designs. These coins tend to be an exclusive purchase at the event, but can sometimes be found to purchase by the public.
See More +

Download Chinese Gold Panda Coins Specifications
The Chinese Gold Panda is cherished by people all around the world for its high Gold content and its various designs that always feature the beloved black and white panda. First issued in 1982 by the People’s Republic of China, these bullion coins are made of .999 fine Gold. These Gold bullion coins are struck at various mints across China including the Beijing Mint, the Shenzhen Mint, the Shanghai Mint and the Shenyang Mint.

Beautiful design. Excellent quality of the strike. Surely the best bullions. But the Pandas of the 80s seem thicker because they have the rim on both sides of the coin, these only on the reverse.

This is my second Chinese Gold Panda! The first one I purchased was the 8 gram version. I liked the 8 gram one so much, that I just had to start collecting this year's and finish it as a set. It comes in the original Mint Packaging. The coin I got was flawless, I moved it around the packaging and it seriously looked like not even the slightest mishandling had ever been introduced to the coin. APMEX takes care of their customers so well, and they truly do over-package their products most of the time. Unfortunately this time, this poor Gold Panda was actually just tossed in with all of my other orders. It was just stacked on top of my Silver Quarter roll purchases and my other gold coin purchases. One of my gold coins even jumped out of the sleeve and rolled around the envelope :( WELL BACK TO THE COIN: This is truly beautiful, it is definitely worth the money (has a lower premium than AGEs), and it is just stunning to see in person. Pictures do not do justice to the beauty of this coin. Don't hesitate!

Beautiful coin. I have never been disappointed with any order from APMEX.

First year the Oanda is weighed in metric rather than oz.

Panda packaging was ripped open and not sealed..

I received my panda with a rips open seal. I'm sure it left the bank of China secured tightly in it's packaging? By the time it reached me it was open with a piece of paper like a fortune cookie hanging out of it ... I was Very upset for when you spend so much money over spot too get a nice coin and the protective bubble Is poped......?? Looks like somebody didn't cut the sheet Straight!!!