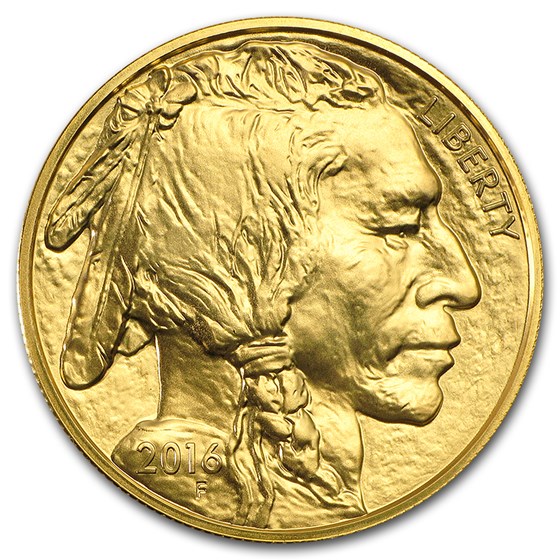 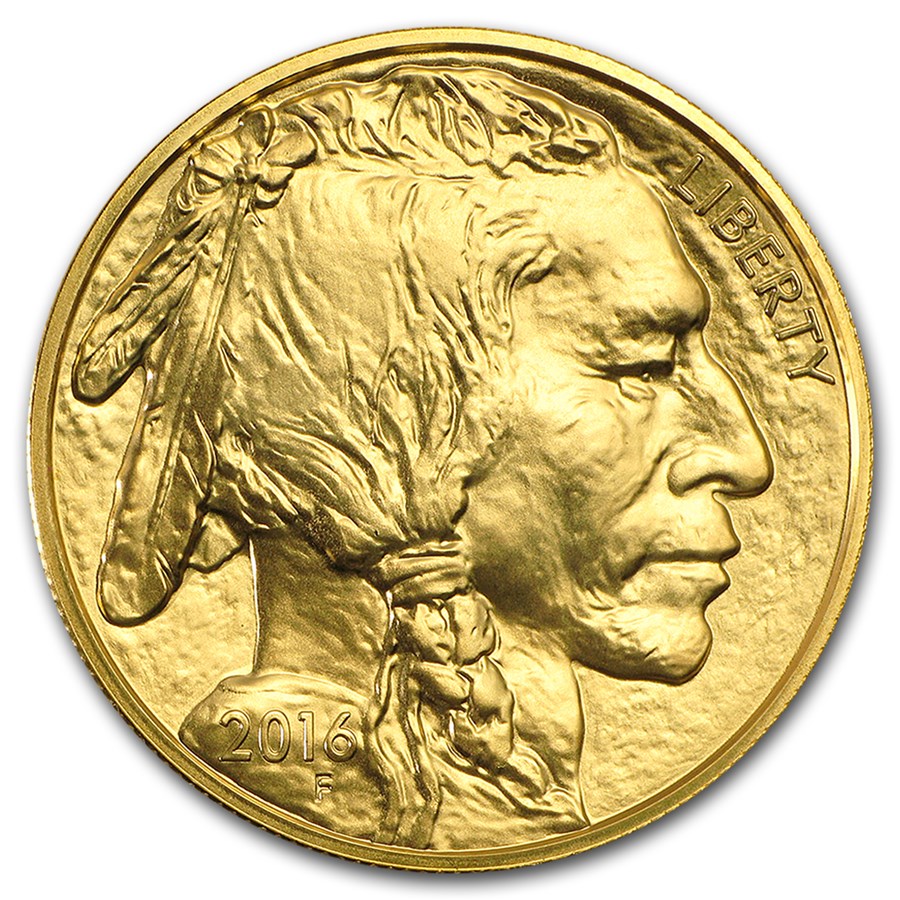 Product Details
Product Details
The Gold Buffalo was the first coin from the United States Mint that contained 1 oz of .9999 fine Gold. This beautiful coin is popular worldwide and is highly recognizable with its well-known Buffalo Nickel design.

The U.S. Gold Buffalo is one of the world's favorite Gold bullion products. Add this beloved Gold coin to your cart today!

The prices for all U.S. Gold coins are based on an international standard that uses the troy ounce.

With prices for 2016 Gold Buffalos based on the same troy ounce prices in U.S. dollars everywhere in the world, investing is easier because you do not have to worry about price differentials. You may see American Gold Buffalos sold in other currencies, but those currencies are converted from U.S. dollars. U.S. Gold coins and bullion can be sold by the gram or the kilo, but the price of Gold is still based on the troy ounce. Gold Buffalo coins have a value that is easy to compare, whether you live in the U.S., Europe or Asia.

Put 2016 Gold Buffalos in storage at Citadel, a name you can trust with your Precious Metals.

Store 2016 Gold Buffalos with Citadel Global Depository Services, a wholly owned subsidiary of APMEX. Your American Gold Buffalos are valuable and you deserve maximum security storage with convenient services that make investing easier. Any U.S. Gold coins or other Precious Metals you store with Citadel are kept separate from other holdings to protect against theft, damage or loss. Manage your Gold Buffalo coins with tracking and management tools, and Citadel offers delivery on demand and free shipping when buying bullion available at APMEX.

The history of U.S. Gold coins

The 2016 Gold Buffalos are legal tender U.S. coins with a face value of $50. Although American Gold Buffalos have $50 stamped on them, the Gold bullion coins are intended to be used primarily as an investment. U.S. Gold coins are produced by the U.S. Mint whereas Gold bars and rounds are typically produced by private mints. The advantage of Gold Buffalo coins is that U.S. coins and other government minted coins are guaranteed by governments for quality and weight.

I think that an argument could be made as to which coin is "pretties"... subjectively... I believe the Gold Buffalo is more appropriately designed as it shows off the beauty of gold (as gold)... Buffalo's show a lumpy nugget-looking textural quality within its negative spaces of the design to include an almost Rodin-style hand built quality of the indian figure... and ruggedness which lends to a tacit connection to the pioneer of early Americana... whereas the American Eagle shows gold as a modern refinement (rather, a "state of the art" mass-produced look) where its beauty lies in the "Venus-landing-on-the-shore" obverse narrative which aligns more with [seemingly] a European stylization and sensibility. both are outstanding in their own right, europa vs new world... its all a matter of personal view, all things being equal.

The coin was perfect..Thanks APMEX!

We will be buying this again

A favorite of ours

I'll be buying this coin again

I love the artistry of this design, and the purity is excellent!! I will purchase again for sure.

Design is attractive and brand is recognized.

I love this coin! My first 1 oz gold coin. I love the heft of it and the fact that it has this "rugged" gold nugget look. Great Americana creation, unique.

This is a beautiful coin. It's beautiful to look at and gleams more than it's AGE counterpart, which I also love. APMEX's shipping was lightning fast and arrived earlier than usual. There was a slight imperfection one the edge, but nothing to write home about. I'll buy from APMEX again.

I am pleased with the coins.

This was a great value thanks to Apmex with fast shipping. The coin arrived exactly as described. I will definitely buy from Apmex again and recommend them to friends.