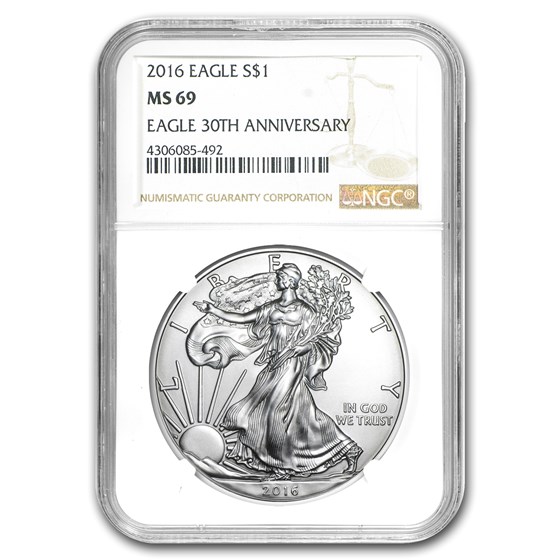 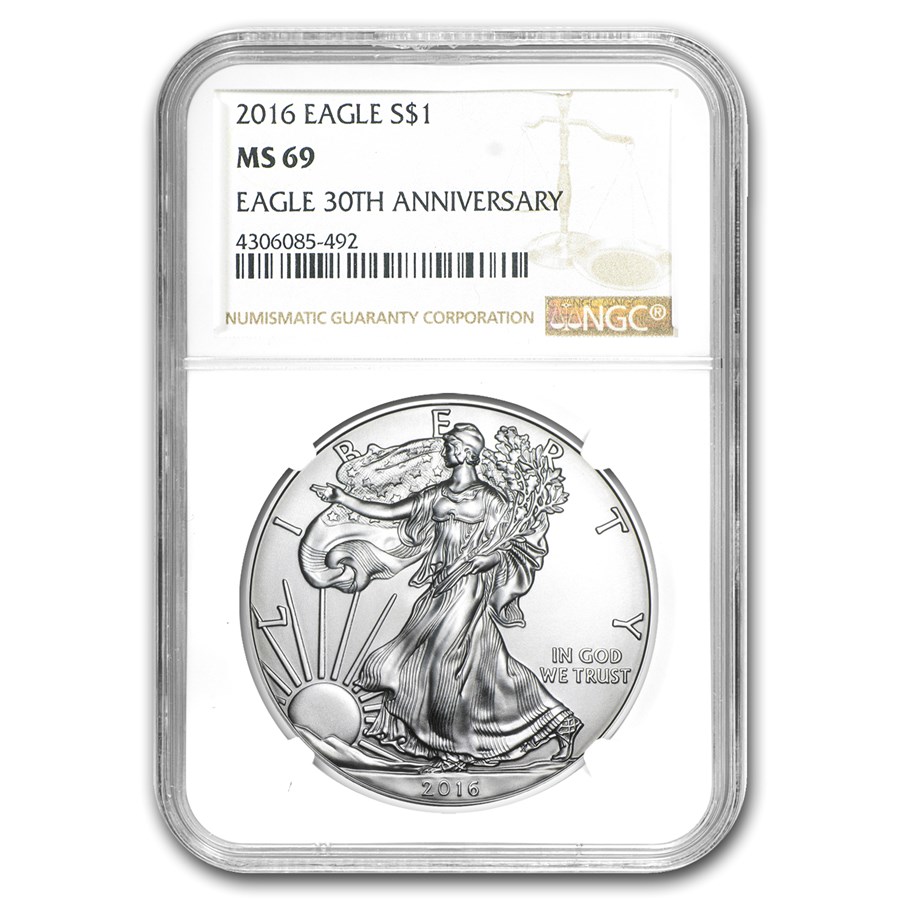 One of the most popular designs in American coinage, the Silver Eagle combines beauty with Silver bullion appeal. Add the 2016 Silver Eagle to your cart today!

The Design (1986 to 2021)
The obverse (front) of the coin was taken from the “Walking Liberty,” originally designed by Adolph A. Weinman, in 1916. The iconic design had already been a public favorite and one of the most beloved of any United States coinage of modern times, which made it an instant favorite among collectors and enthusiasts once released. The reverse (back) was designed by John Mercanti and portrayed a heraldic eagle. Behind a shield the eagle holds a banner in its beak while grasping an olive branch in its right talon and arrows in its left, an image that echoes the Great Seal of the United States. Above the eagle and below the legend are 13 five-pointed stars representing the original 13 colonies.

I have been very pleased with all my purchases from APMEX, including this coin. I will buy again from them once I save up some more cash!

Great coin for my yearly collection

I collect MS 69 Silver Eagles and I have found that APMEX seems to have the best/lowest prices with fast delivery. I have never been disappointed with any purchase from APMEX.