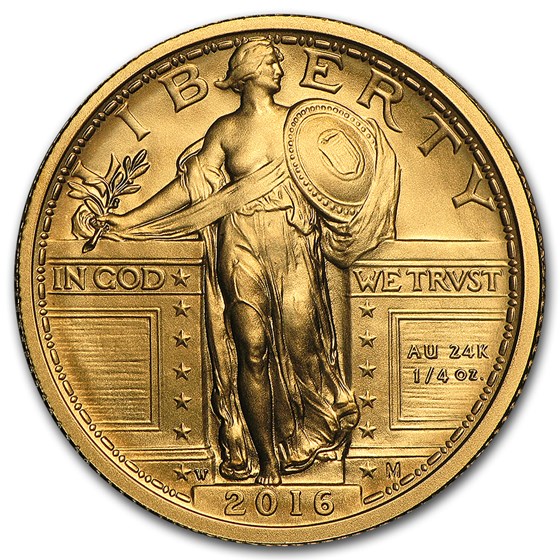 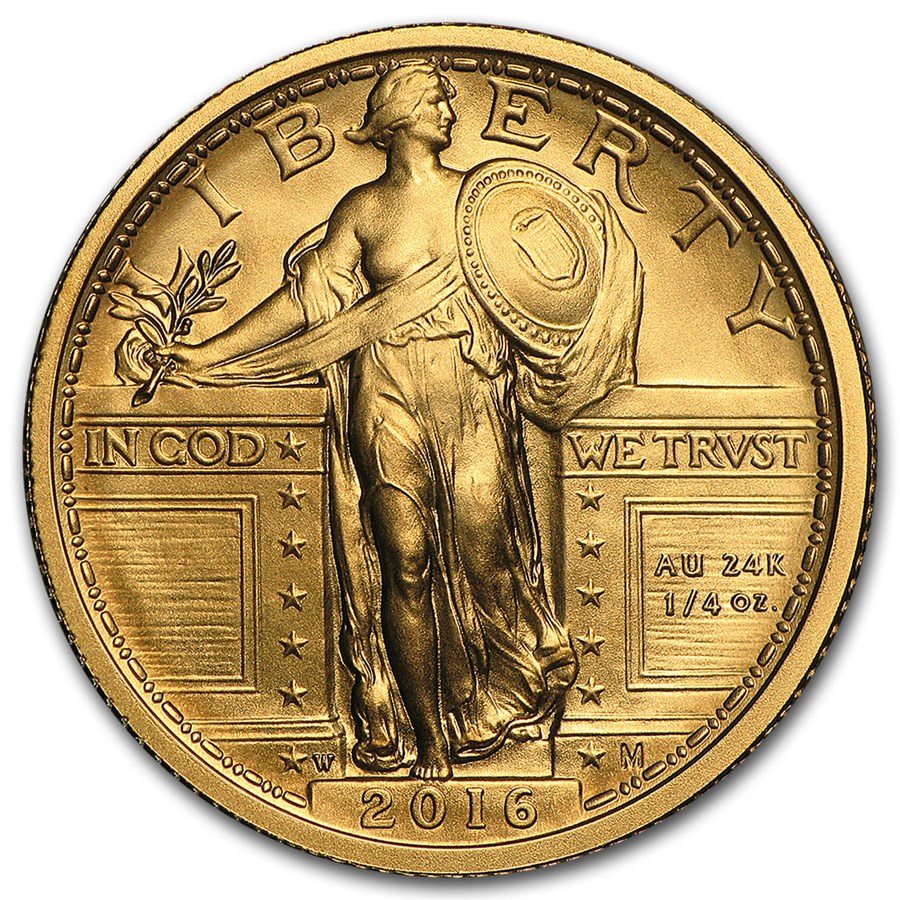 Excellent quality and a fair price is all anyone can ask for.

Beautiful coin at a great price

The US Mint did an amazing job striking these coins. The relief is much higher than on the silver Standing Liberty Quarters that were issued in 1916 and 1917. I did not see any marks on my coin. Its one of the most attractive designs ever issued by the US Mint.

Gold is gold, but I was disappointed to receive this coin because it has what appears to be a splash of red blood on it. It detracts from its beauty and resale value. Service rep said that it is moisture on the coin and grading is unaffected. Internet research says that resale is still diminished. Sales rep tried to play it down but I am not happy with the coin.

Merchant response: Thank you for your feedback. We are very sorry to hear of the blemish on the coin received. Customer satisfaction is our top priority. Our Returns Dept will contact you soon to further assist.

I have always admired the original silver version of this coin and really could not believe my eyes when this coin came out in gold and could not wait to have in my collection! I would recommend it to anyone interested in historical coins and in gold too.

Quality not as displayed in picture.

Unfortunately I ordered this coin and when I got it there was a chip on the reverse, I exchanged it for one like the picture displayed and the second coin was not much better, it still had an imperfection on the reverse. Just a warning, if a coin is in (OGP) be aware the quality check is not up to par.