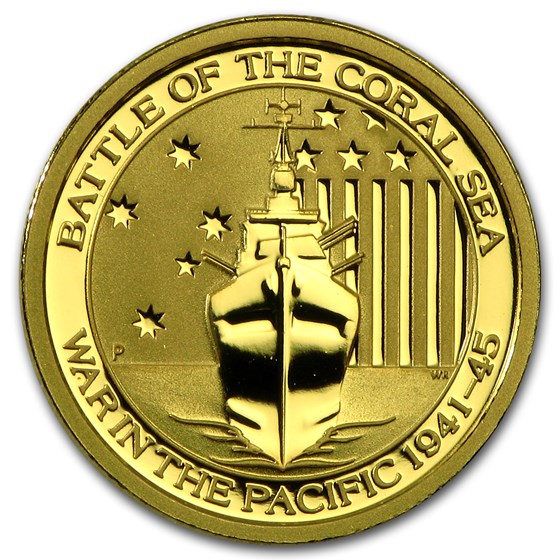 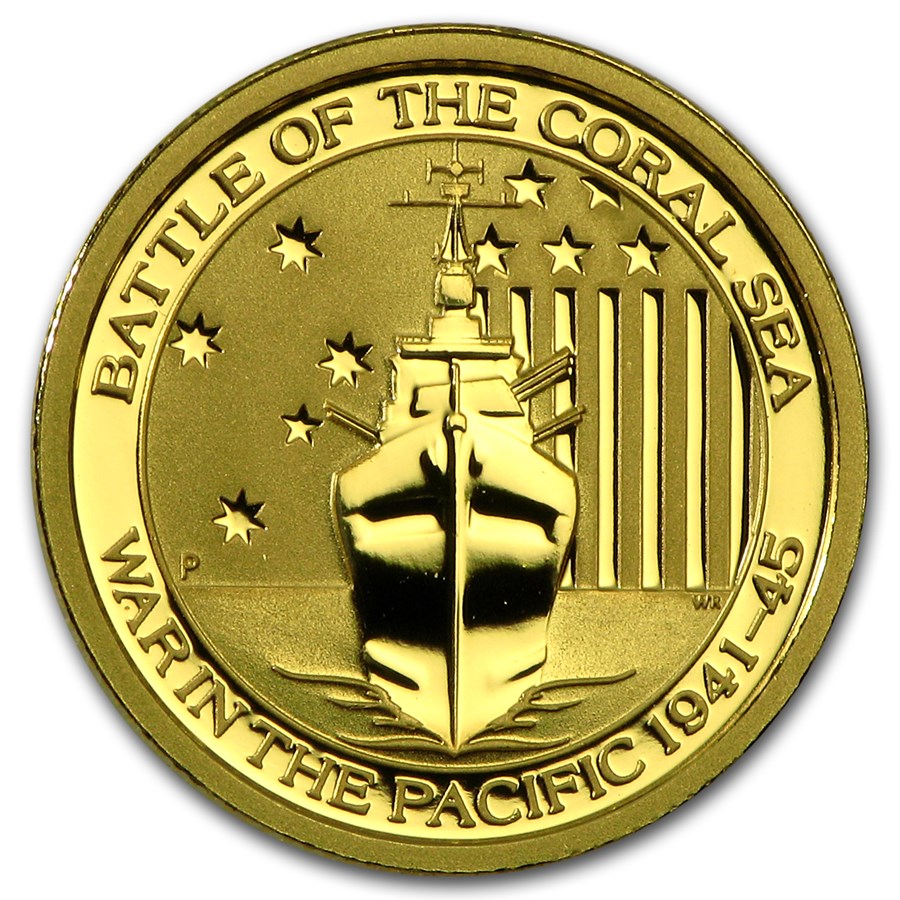 Product Details
Product Details
The Battle of the Coral Sea bullion coin memorializes the first air-sea battle in the Pacific where Allied forces repelled a Japanese invasion force that, if successful, could have isolated Australia.

Coin Highlights:
Protect and display your Battle of the Coral Sea in style by adding an attractive display or gift box to your order.

This exceptional Gold coin would be a great addition to any coin collection. Add this beautiful coin to your cart today!

"The Battle of the Coral Sea was fought off the north-east coast of Australia during 4 to 8 May 1942 between the Imperial Japanese Navy and allied naval and air forces from the United States and Australia," describes the Perth Mint. "A highly significant Second World War engagement, it effectively stopped the Japanese advance to the south and has been referred to as the ‘battle that saved Australia‘."

I order this and 2 other 1/10 oz gold coins the same day as I decided to finally invest in gold. It a beautiful design and wasn't too much over spot for a fractional piece of gold! If Apmex ever gets more stock of these I will buy some more!