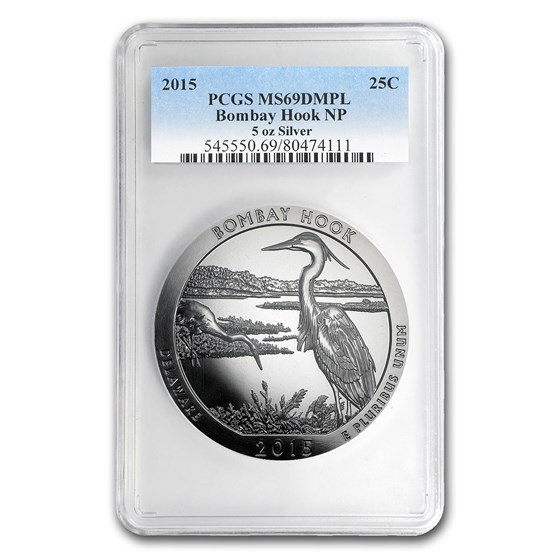 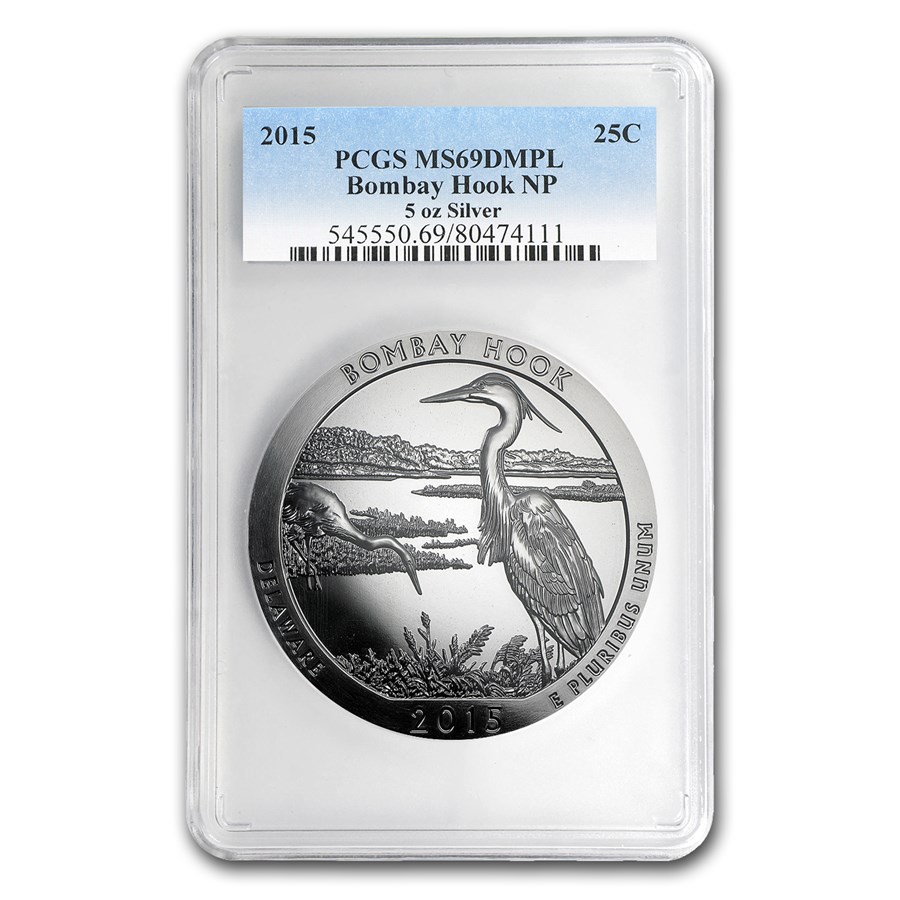 Your purchase is guaranteed to match the quality of the product shown. It will not be this exact item.
Product Details
Product Details
The Bombay Hook National Wildlife Refuge is the third release in 2015 of the U.S. Mint's popular America the Beautiful series. This coin is graded MS-69 DMPL by PCGS.

Coin Highlights:
Protect and display your Bombay Hook ATB in style by adding an attractive display or gift box to your order.

Although founded in 1937, the first transaction for this property took place in 1679 when Mechacksett, chief of Kahansink, sold Bombay Hook wetlands to Peter Bayard, an early Dutch settler. The price for the area was 1 gun, 4 handfuls of powder, 3 waistcoats, 1 anchor of liquor and 1 kettle.
Related Searches