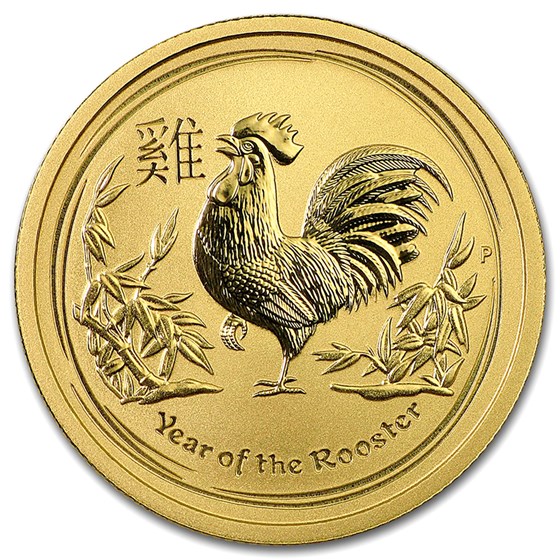 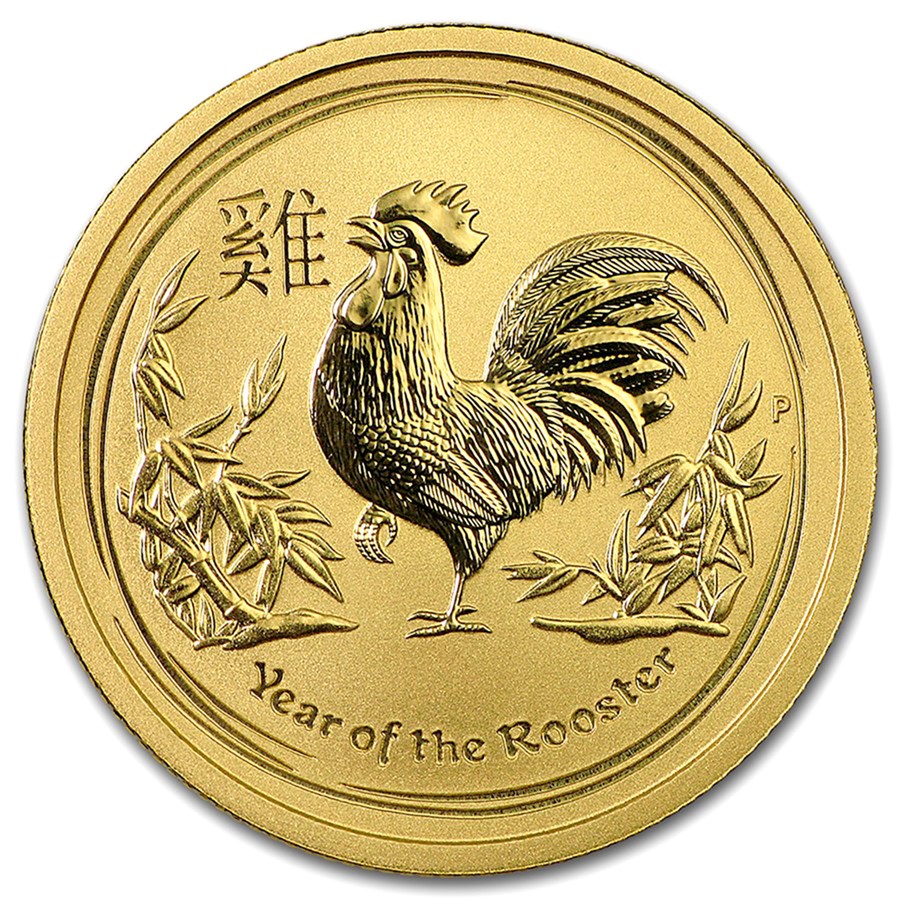 Product Details
Product Details
These magnificent 1 oz Gold coins, with a mintage of only 30,000, celebrate the Year of the Rooster, the 10th animal in the 12-year cycle of the Chinese zodiac. Each coin contains .9999 fine Gold, providing investor value beyond the collector appeal.

Coin Highlights:
Proudly display your 1 oz Year of the Rooster Gold coin by adding a lunar display box to your order.

APMEX is an authorized distributor of Perth Mint products, allowing APMEX to get coins directly from the Perth Mint and pass them along to you. Update your lunar set by adding this stunning 1 oz Year of the Rooster Gold coin to your cart today!

Did you know that if you bought a Gold Lunar in 2014, you would have already doubled your premium investment?

This is the first gold I've ever bought. Its stunning to look at. I'm hooked.

I was hesitant to buy it; however, it ended up the best gold coin that I have.

We will be buying this again

Another must have for us.