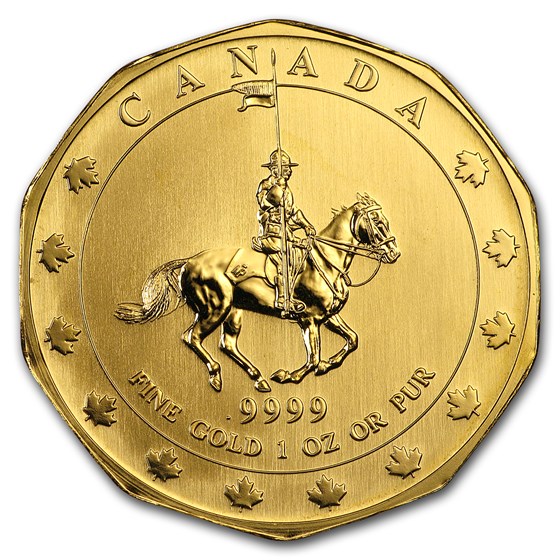 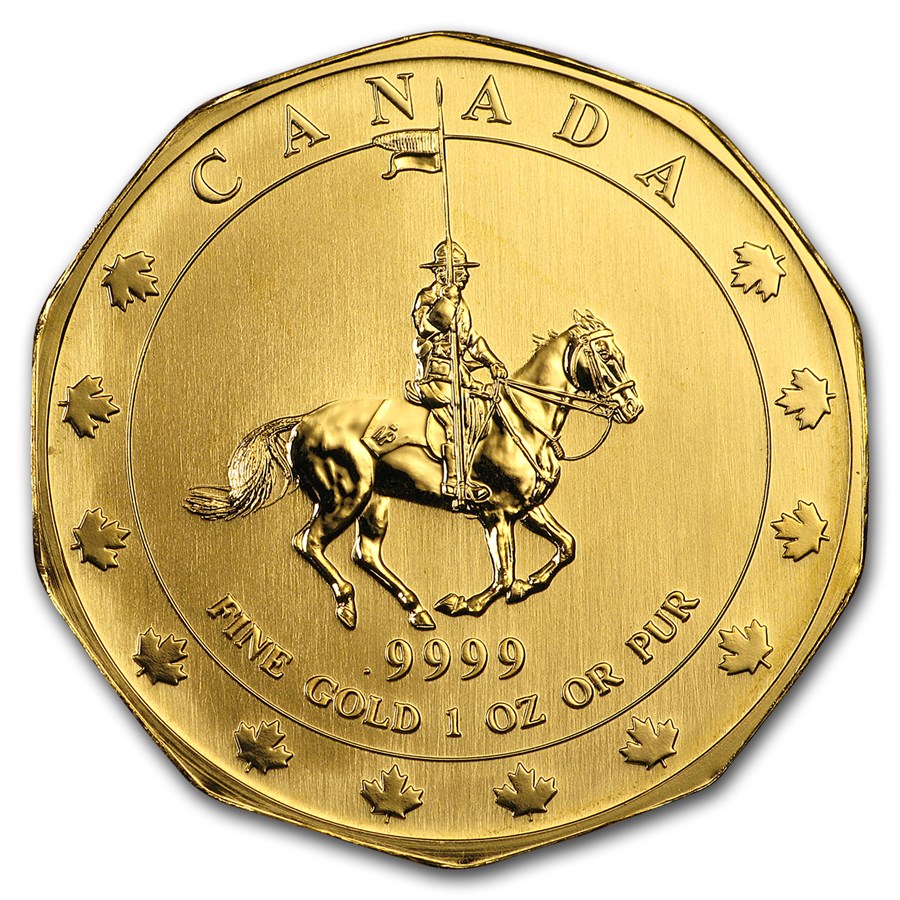 Coin Highlights:
Protect your Gold Mountie Maple Leaf with this clear plastic capsule or display it in style by adding an attractive presentation box to your order.

The Royal Canadian Mint is known for combining high-quality Gold bullion with unique designs, such as this 10-sided Gold coin. Add this .9999 fine Gold Mountie Maple Leaf to your shopping cart today!

When the Canada 1 oz Gold Maple Leaf coins were first minted in 1979, they were the only other bullion coin in production in the world apart from the Gold Krugerrand from South Africa; however, because of the economic boycott of South Africa due to apartheid, the Canadian Gold Maple increased in popularity. The design of this Gold coin has remained mostly unchanged but over the years, there have been added security features to ensure the authenticity of the bullion coins.

In 2013, a security feature was introduced into the Canadian Gold Maple Leaf bullion coin to ensure its authenticity: a textured maple leaf, micro-engraved with the year of issue using laser technology that is only visible only under magnification. In 2015, radial lines were added to the coin to make it even more secure and resistant to counterfeiting. Additionally, every line pattern is unique to each coin and creates a specific light-diffracting pattern, adding to the beauty of this classic Gold bullion coin.

In 1908, Canadian Governor General Earl Gray struck the first domestically produced coin at the Royal Canadian Mint. Later, in 1931, the British government transferred the institution solely into Canadian hands, permanently eliminating any involvement from The Crown. The creation of the new Royal Canadian Mint coincided with a Gold boom in British Columbia and the Yukon. To refine the vast amounts of raw Gold being mined, there needed to be a way to treat the Gold without shipping it all the way to the United Kingdom, so in 1911, the Canadian Mint finished its original refinery in Ottawa. Years later in 1982, the Royal Canadian Mint became the first refinery to manufacture .9999 fine Gold bullion coins. In 1999 it became the first mint to ever achieve .99999 fine Gold purity.

Beautiful coin, very rare, one of a kind, this coin had a special recall value from the Royal Canadian mint, the majority of these pieces were sent to the melting pot, so the piece is a relatively scarce item.