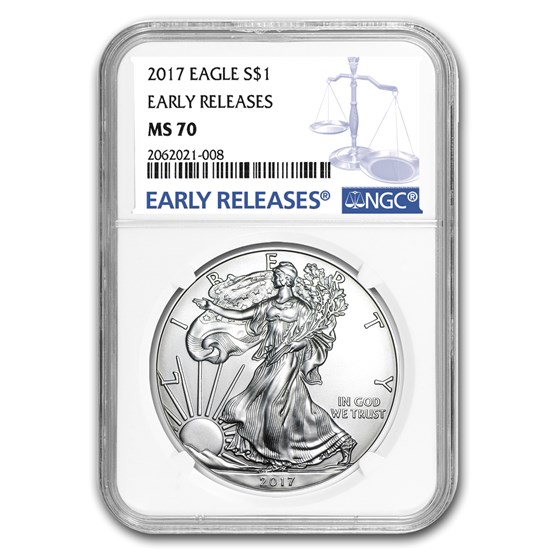 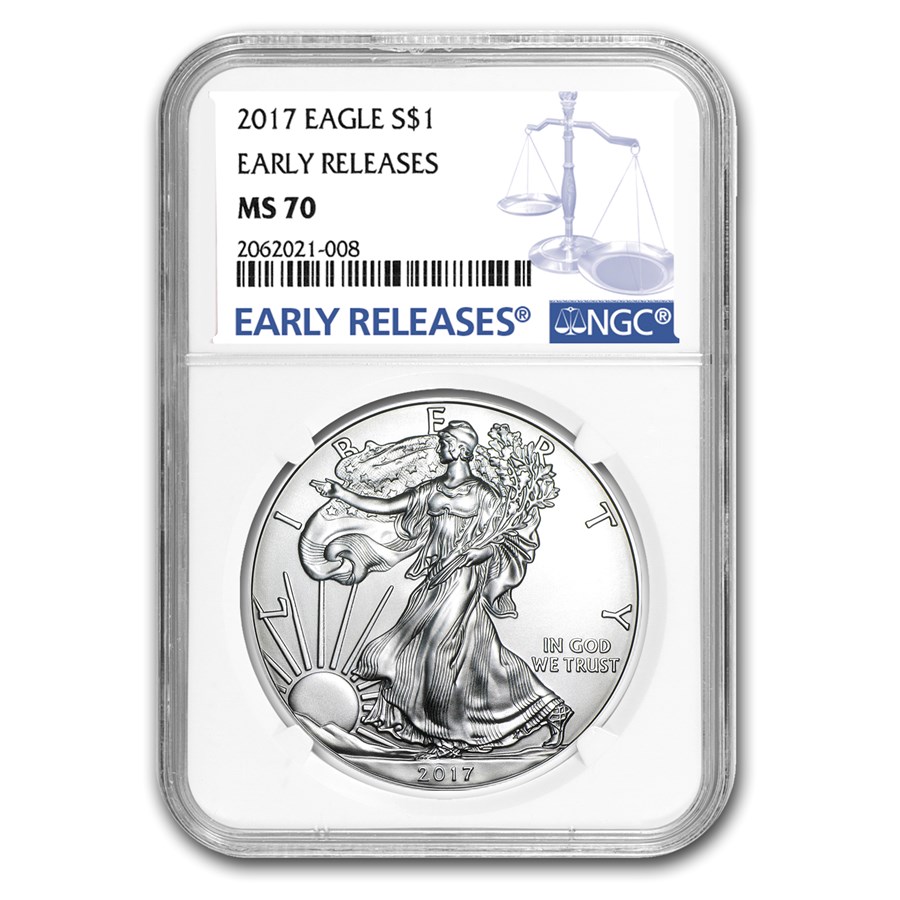 Product Details
Product Details
Silver American Eagles are the most popular bullion coin in America for their .999 fine Silver content, and these examples have the added benefit of being certified as perfect 70 by NGC, one of the top coin grading services.

One of the most popular designs in American coinage, the Silver Eagle combines beauty with Silver bullion appeal. Add the 2017 Silver Eagle to your cart today!

NOTE: The coins you receive may exhibit some level of natural toning and/or oxidation such as spotting. This is a normal process that and can occur over time when exposed to hydrogen sulfide which is naturally occurring in the air.
Early Releases Silver Eagles are a great way to add value to your Silver collection or investment portfolio. Learn more.

A beautiful coin for the price.

We are collecting Silver American Eagle coins to put in containers to give to our granddaughters, as an investment for them.