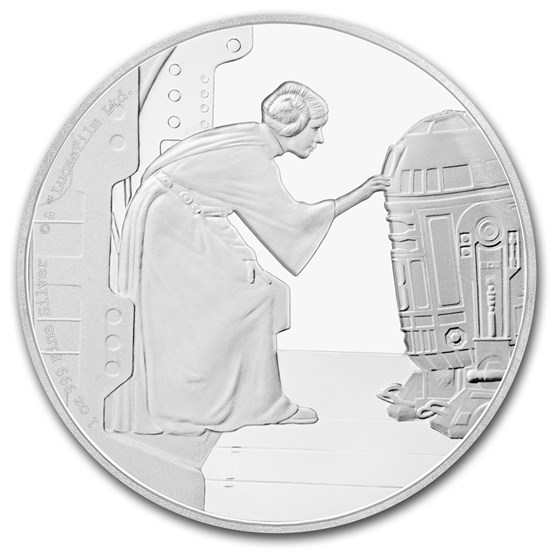 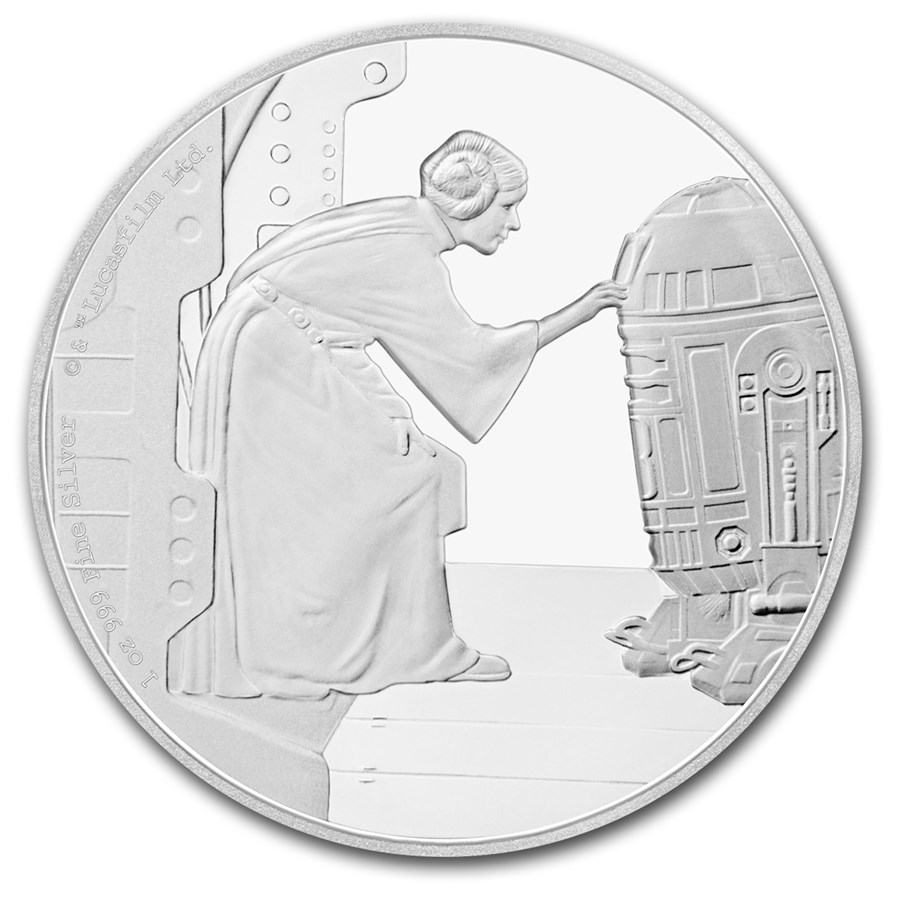 Your purchase is guaranteed to match the quality of the product shown. It will not be this exact item.
Product Details
Product Details
Officially licensed STAR WARS coins with a limited worldwide mintage of 10,000 coins are highly sought after collectibles. Princess Leia is a leading force in the rebellion against the Galactic Empire.

Her iconic hair buns and assertiveness made her stand out in pop culture.

Coin Highlights:
Be sure to grab this highly collectible coin immortalized in .999 fine Silver. Add this 1 oz Star Wars Princess Leia coin to your cart today! And may the Force be with you!

Star Wars Limited Edition Coins:
Star Wars mint coins are a great gift for a young numismatist or Star Wars fan of any age. This series includes classic Star Wars characters such as Darth Vader, Han Solo Princess Lei and Yoda available in Gold and Silver coins. These characters are already fan favorites and will increase in Star Wars coins value due to their limited mintages.

A special and beautiful coin

A beautiful coin....STUNNING.......always a Star Wars fan and a Carrie Fisher fan.....a treasure that will be past down to my children and hopefully to my grandchildren . Thank you much

Made a great present

Bought this as a christmas present for my daughter and she absolutely loved it. The packaging and quality of the coin was impressive.