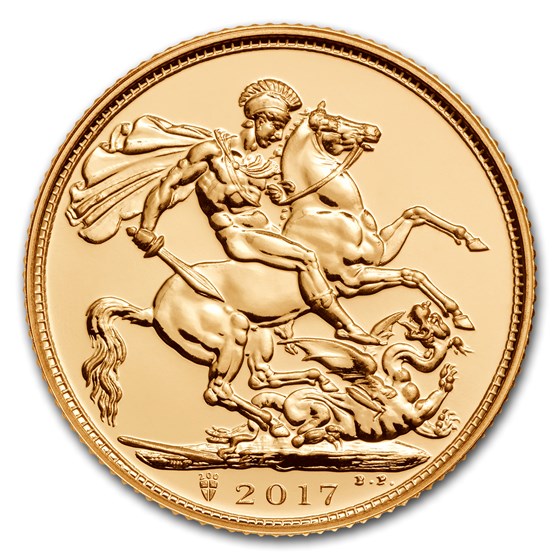 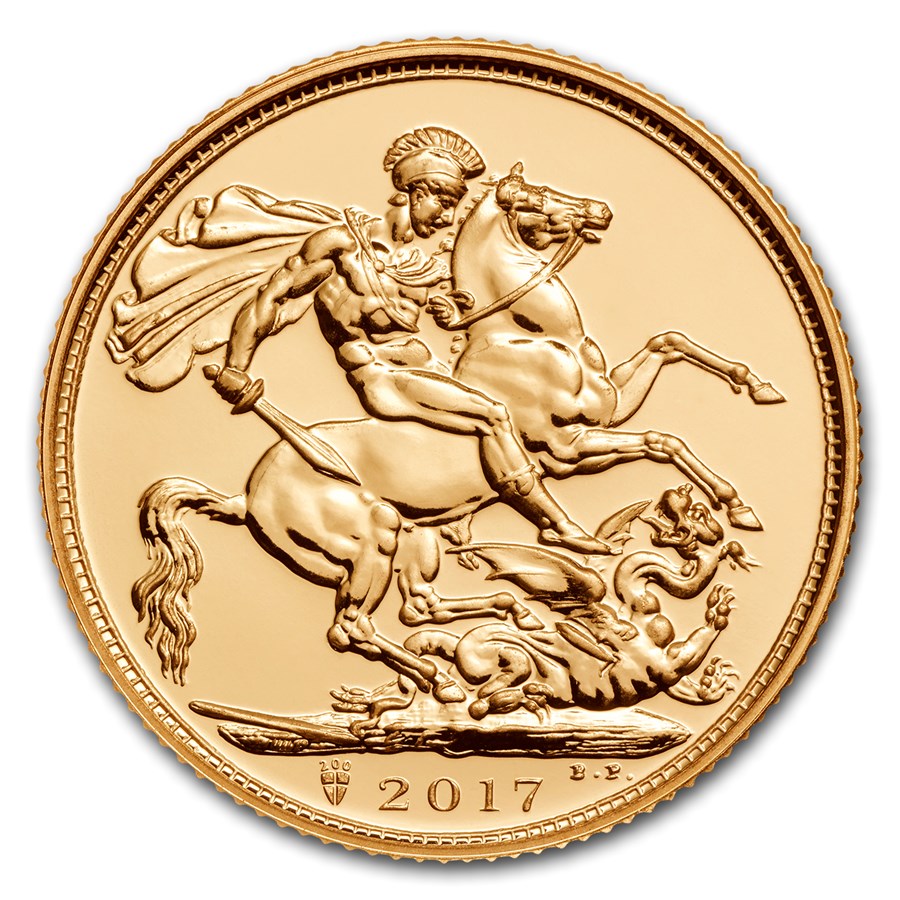 This British coin continues to be recognized as a Gold coin of beauty, quality and value, and is considered by many as the flagship coin of The Royal Mint. Add these 2017 Gold British Sovereign coins to your cart today!

The Sovereign’s bold St. George and the dragon design was created by Benedetto Pistrucci, representing integrity and resilience. It’s a trusted coinage, constant through times of change, and has remained a flagship coin for The Royal Mint. It features a new shield mint mark, placed proudly below the defeated dragon, to signify the 200 year anniversary.

Stunning and lustrous British Sovereign gold coin. Classic design coupled with the 200th anniversary privy mark adds to its appeal. A one of a kind and a must own for gold coin collectors. Quite impressed with the quality and how well the coin is struck. Great price, fast shipping and terrific service. Thank you Sean and thank you APMEX!

A coin for the ages

The gold is brilliant. The history of the coin and the design along with the '200' mark made this one worth adding to a collection I have for my children. Nothing like it. A special year.

Beautiful Gold Coin, Classics for sure

Beautiful Gold Coin, Classics for sure. Great history behind them.

I got my 2017 British Sovereign a few days ago. I am impressed by the quality of these coins! They are visually stunning. I decided to start investing in Sovereigns because of their ease to turn into cash guickly. You will not be disappointed in these coins or doing business with AMPEX.

Even the Royal Mint did not have one.

I have several of the older coins and was very excited to see a new coin of the same design. It will go well with the other coins that I have to show that even over time, the coins hold their beauty over the years.

Well, it's certainly shiny, and sovereigns are always easy to flip if I should ever need to. It's actually a really attractive coin and now that i have it, I feel like I'll need to buy more. Thanks, APMEX. As usual, you're tops!

I really like My newest gold coin looks great a awsome value.

This sovereign arrived in mint condition. It is a beautiful coin that I would recommend to others.