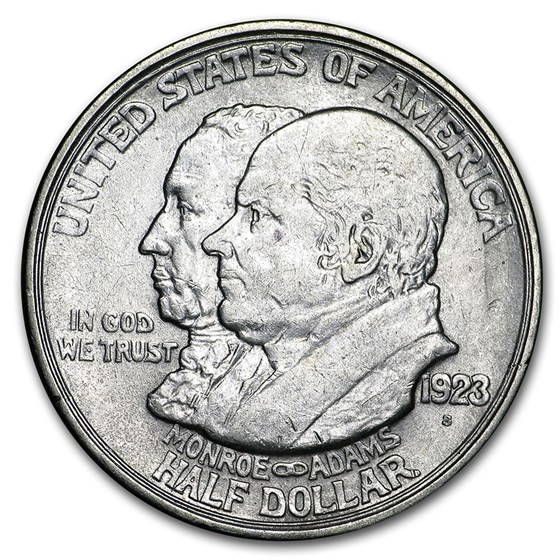 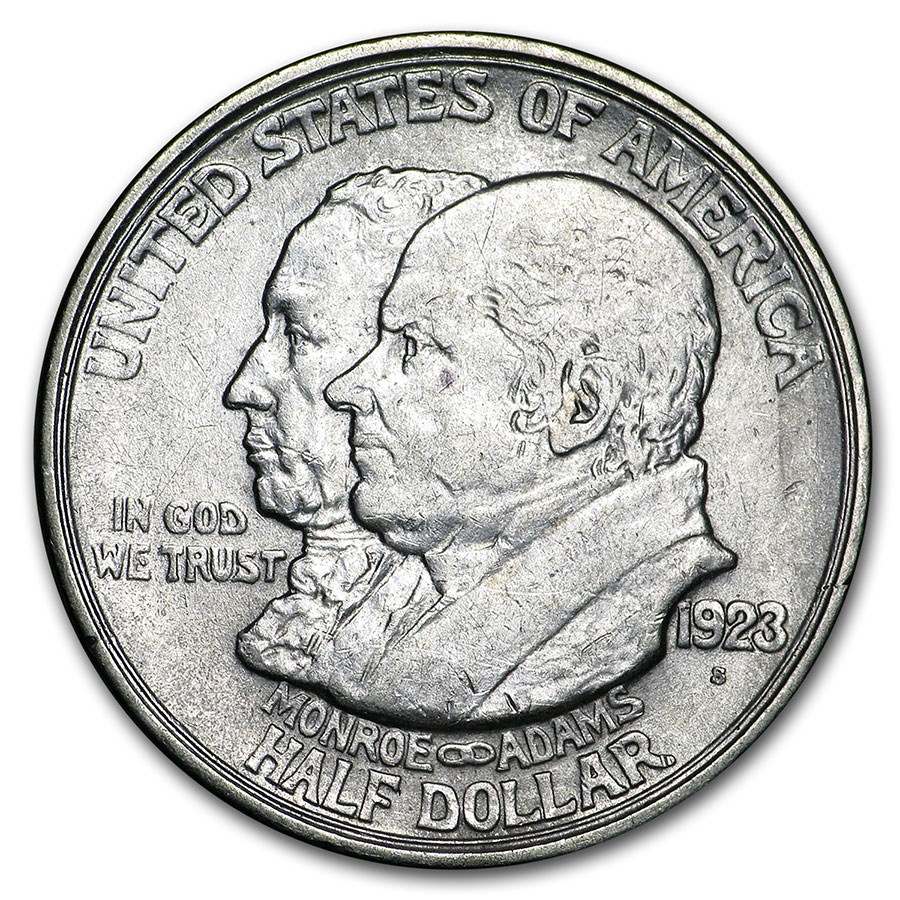 This is a 1923-S Monroe Doctrine Commemorative half dollar. This coin was issued to celebrate the 100th anniversary of the issuance of the Monroe Doctrine by President James Monroe. The obverse depicts the conjoined busts of American patriots President James Monroe and his Secretary of State (and later President) John Quincy Adams. The reverse bears a beautiful portrayal of both North and South America as depicted by two female figures joining hands. This allegorical portrayal of these continents is beautifully represented. This coin grades Extremely Fine.