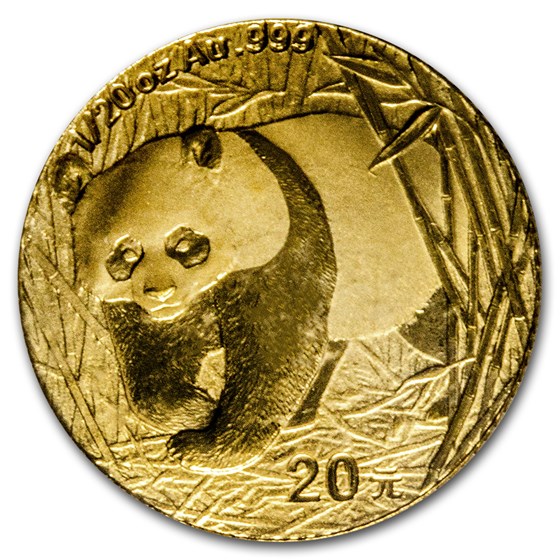 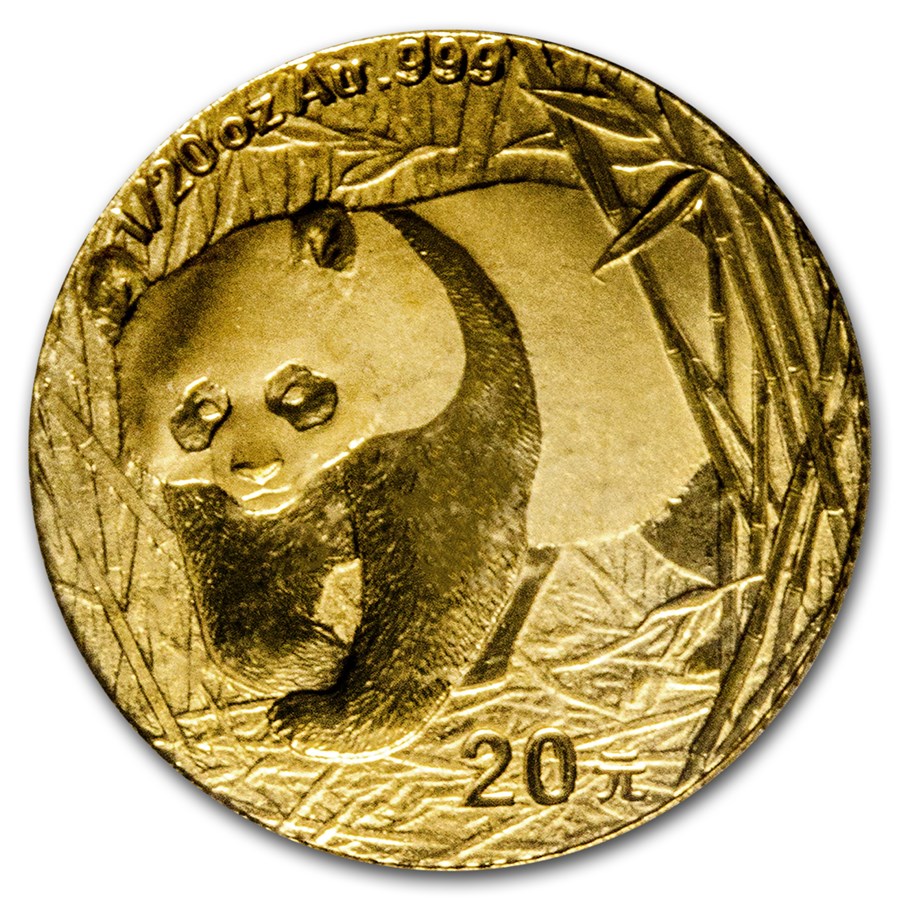 $1,913.09
As Low As
Product Details
Product Details
The Gold Panda is one of only a few bullion coins to change designs yearly, adding collectibility to its .999 fine Gold value. The 2002 issue had a mintage of just 74,501 coins, providing further collectible appeal.