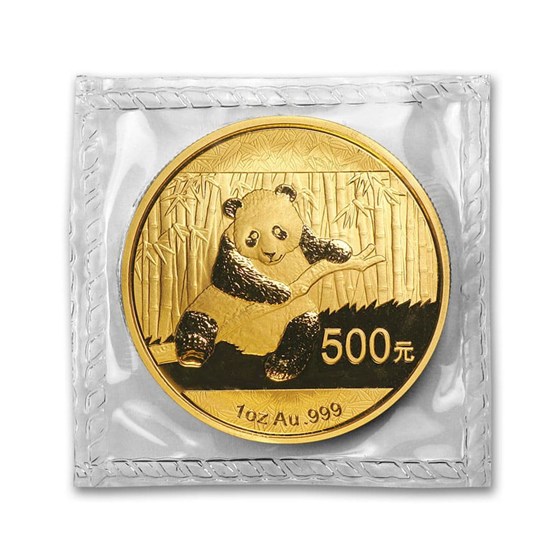 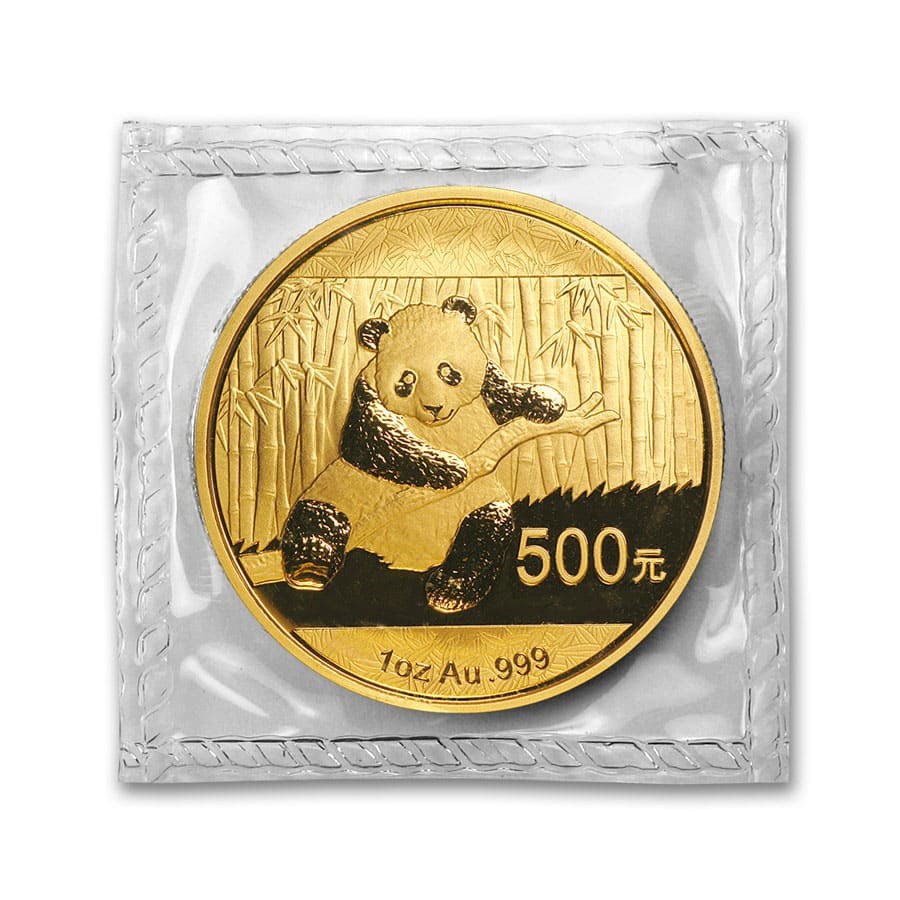 Product Details
Product Details
These 1 oz Gold Panda coins are typically dated from 1984 to 2015, and are one of the only bullion coins to feature a yearly changing design.

Coin Highlights:
Enhance your existing Chinese Gold Panda collection with one of these highly sought after coins. Add a random date 1 oz Gold Chinese Panda coin to your cart today!

The Chinese Panda Series
Following the success of the Gold Panda coins introduced in 1982, the Chinese Mint also produced a 1 oz Silver Panda coin in 1983, originally issued as proofs only with a very limited mintage. When first introduced the Chinese Gold Panda coins had a face value of 100 Yuan, which has since changed to 500 Yuan in 2001. The coins produced from 1982-2015 contain 1 oz of .999 fine Gold. In 2016, this series changed to match the metric system. The 1 oz Gold Panda was replaced with this 30 gram Gold Panda, still containing .999 fine Gold.

Chinese Mint Gold Panda Design
The iconic Chinese Gold Panda coin series features the internationally recognized animal, the panda. The beloved animal is often compared to the yin and yang due to its black and white spots. The panda's demeanor is a representative of how, when balanced, the yin and yang are peaceful and harmonious. The design of the panda changes yearly making them highly collectible. The only year they did not change design was 2002, which used the same design as 2001. Collectors spoke up about this halt in the design changes, and the annual design changes resumed in 2003. The coin's signature reverse design depicts the Hall of Prayer for Abundant Harvests in the Temple of Heaven in Beijing encircled by "People's Republic of China" in Chinese closed off by the year of issue.

Find the price of Gold right now and other Precious Metal spot prices!

Received a beautiful 2011, couldn't be happier!

Very nice piece to look at I like how it's a random year because you really don't know what you're going to get until you open the box kind of exciting I got a 1986 coin cool!

Nice bullion coin, just not as beautiful as I expected from the photos.

Shipping was quick from the shipping date.

Bought a couple different kinds as my first purchase just to see which one I like best. The pandas are nice coins. I would definitely buy another panda if I had some extra cash.

The premiums aren't the lowest for these coins, but the design changes every year so they are fun to collect. And as China grows richer the demand for Chinese gold coins can only increase.