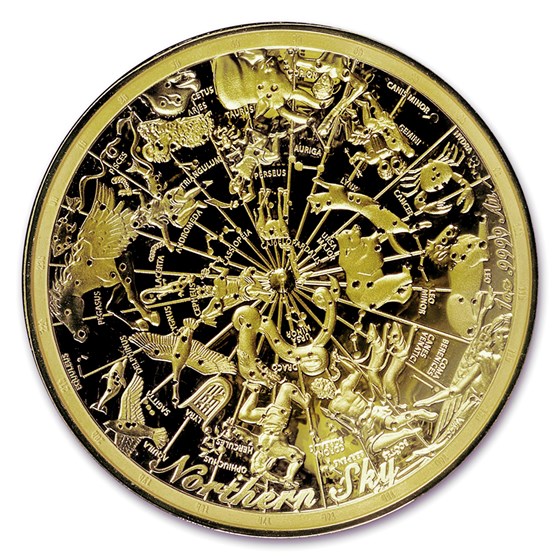 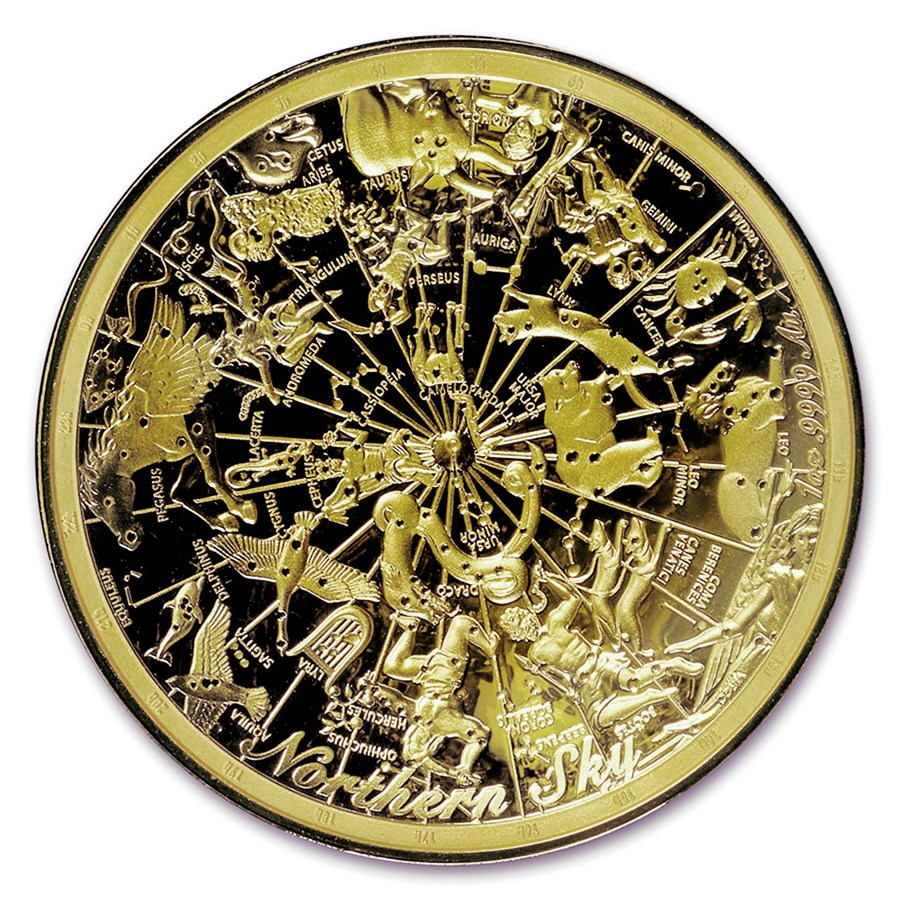 Product Details
Product Details
APMEXclusive® Reach for the stars with this captivating 2017 Australian 1 oz Proof Gold Northern Sky coin. This is the second and final release of the two coin Celestial Dome series.

Coin Highlights:
This coin is uniquely suited for both gift-givers and investment enthusiasts alike. Add the 2017 Gold Northern Sky coin to your cart today!

Whether it is to make a wish, navigate the seas, study science or engage with mythology, the northern hemisphere’s stars capture the imagination of many. Their extraordinary legacy has been captured in art works, song lyrics and popular sayings. From Homer’s Odysseus having a journey guided by the celestial bodies above to Disney’s Pinocchio being told, “When you wish upon a star, your dreams come true”, the night sky has a lasting legacy in our hearts, minds and culture. Gold has been revered through time, often evoked as a point of reference when discussing value, quality, class or desirability.

The Northern Celestial Hemisphere or the Northern Sky is part of a rotating astronomical region in the sky. It is the northern hemisphere of the celestial sphere. The northern sky is that half of the starry sky, which is north of the sky equator. It can be overlooked from the North Pole. The farther south, the less is visible to the observer. In good visibility conditions, the observer encompasses around 2,000 freely visible fixed stars, with the use of a field glass about 20,000 to 40,000 stars.

I recently completed southern and northern sky domed coin series, both the silver and gold and have probably the most sought after collection of the decade with the limited mintage and exceptional quality.

Along with the Southern Sky gold proof coin, easily our favorite purchases from APMEX. Notice how many reviewers call this coin and its partner stunning - and it may be an understatement. Can't understand the low mintage, they could have sold many more, but who's complaining? Get it while you can, and then sit back and watch the value increase over the years.

Stunning Finale to the Northern and Southern Sky Series

A spectacular example of craftsmanship, artwork and collectibility - the $100 1oz Gold Northern Sky is a brilliant finale to the domed celestial sky series from the Australian Royal Mint. I've collected all six of the silver coins, and now have obtained the last of the two gold coins of the collection to complete what is possibly the most beautiful mint set of the decade. Highly satisfied with the set - and as always, with doing business with APMEX. There is no doubt that completed sets will be highly sought after by worldwide collectors due to the outstanding artwork, limited mintage and fantastic presentation of this coin and others in the set.

I have all of the six Silver Southern Sky and Northern Sky Silver coins as well as the Gold Southern Sky. I bought this coin to complete the collection and because of it's rarity. Many TV pundits talk about "rare coins" but with a world wide mintage of only 750 that is truly rare. I would love to see this, as well as the Southern Sky, issued as a 10 oz Silver Proof so that all of the detail could be easily seen.

Beautiful coin hats off to the designer B. King, I sure would like to see more work from this designer. I wish they would of had it in a 3oz coin so you could see the detail a little better so much to look at with this coin but love it none the less.