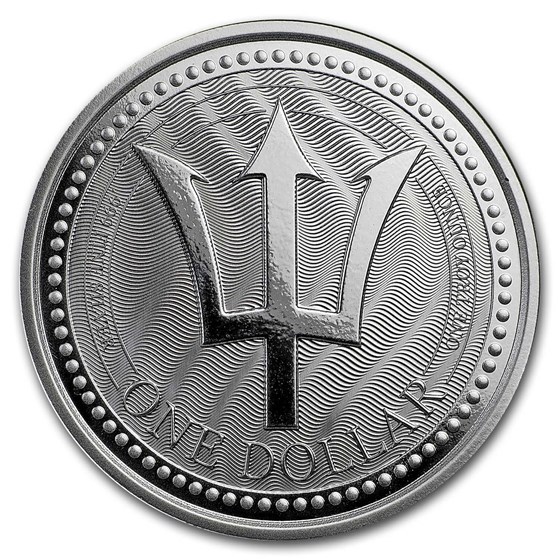 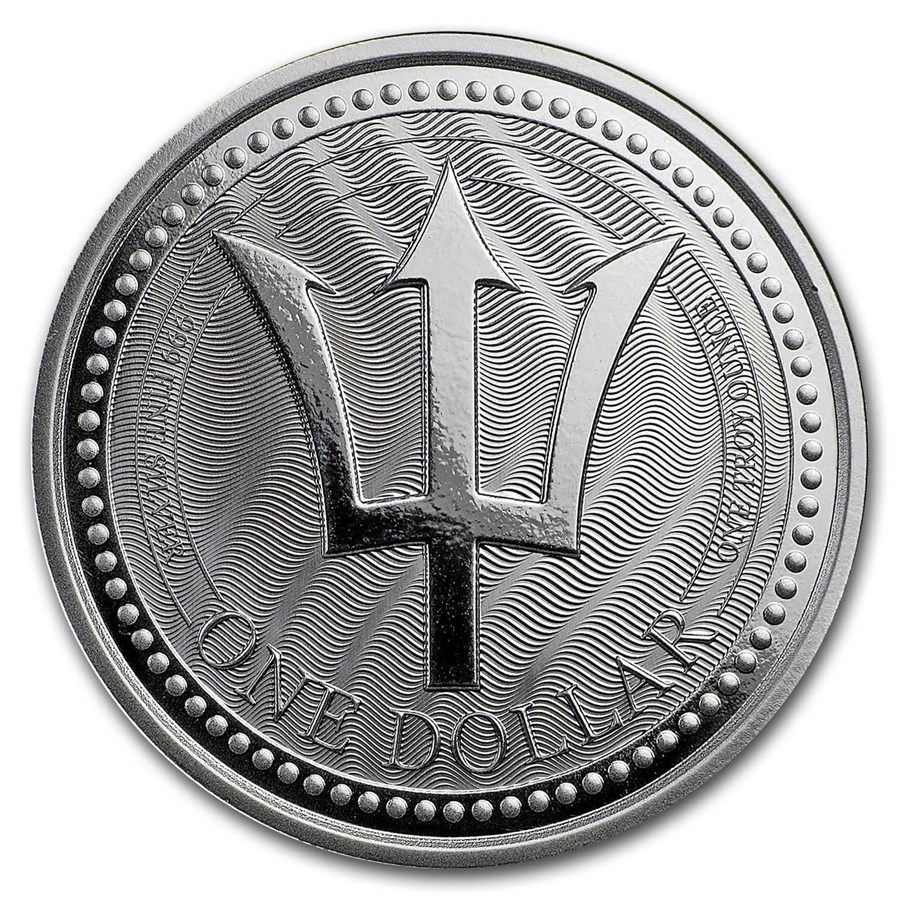 This coin will be the first release in this new 4 coin series all partnered with the country of Barbados. Each release will have a very limited mintage with the inaugural release having a maximum mintage of 30,000 coins.

The new 2017 Barbados Silver coins from the Cayman Islands are perfect for the investor or collector with their extremely low mintage of only 30,000 Silver coins worldwide.

The waves behind the trident really shine bright, gives so much reflection and beauty. Barbados has not disappointed me at all. Not one coin. So happy there is no queen face on this.

Sharp Looking! Glad addition to have. Already in Capsules! BammO

A must-have for any collection

This coin is absolutely beautiful it came with its original capsule untouched well packaged in some kind a Cardboard display. The symbol of the triton is absolutely hypnotizing for the eyes you can stand and look at it like a fine piece of art in the light with a lovely shine. A beautiful addition to my collection very happy to buy this.

At first, I wasn't sure if I wanted the Trident coin, I thought it may be too plain. I was wrong. In person, coin in hand... it's beautiful, and not simple at all. The way the lines catch the light is unique. Very beautiful coin from Barbados & The Scottsdale Mint.

When you buy 5 they come in a really nice sealed sheet with one coin showing the reverse. Will buy more like this.

Perfect. Great condition. Well packaged with original capsule. Faster processing and shipping than anyone else. Very happy with purchase. The coin has a simple but meaningful and elegant design. I like that no monarch, deity, or president is directly evoked by its appearance or motto. Reeded edge and obverse elements are nice anti-counterfeiting touches. First in the series. Limited mintage. No idea if it will retain its premium or appreciate in numismatic value. Still, it's a very attractive addition to a collection or stack.

Absolutely beautiful coin! The design is stunning. Being the first time such a coin is available from Barbados I jumped right on it. It is defiantly a head turner.