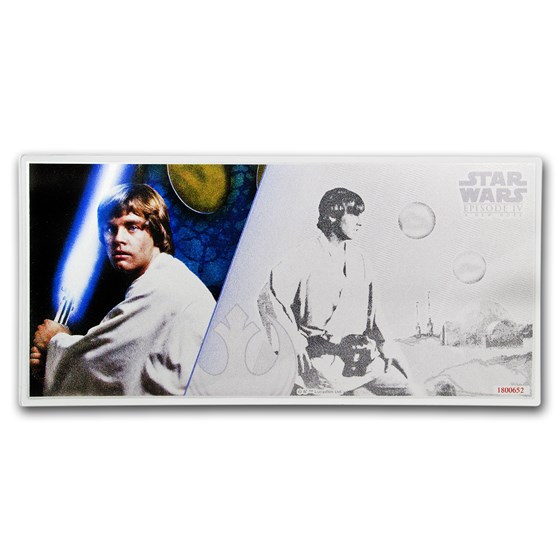 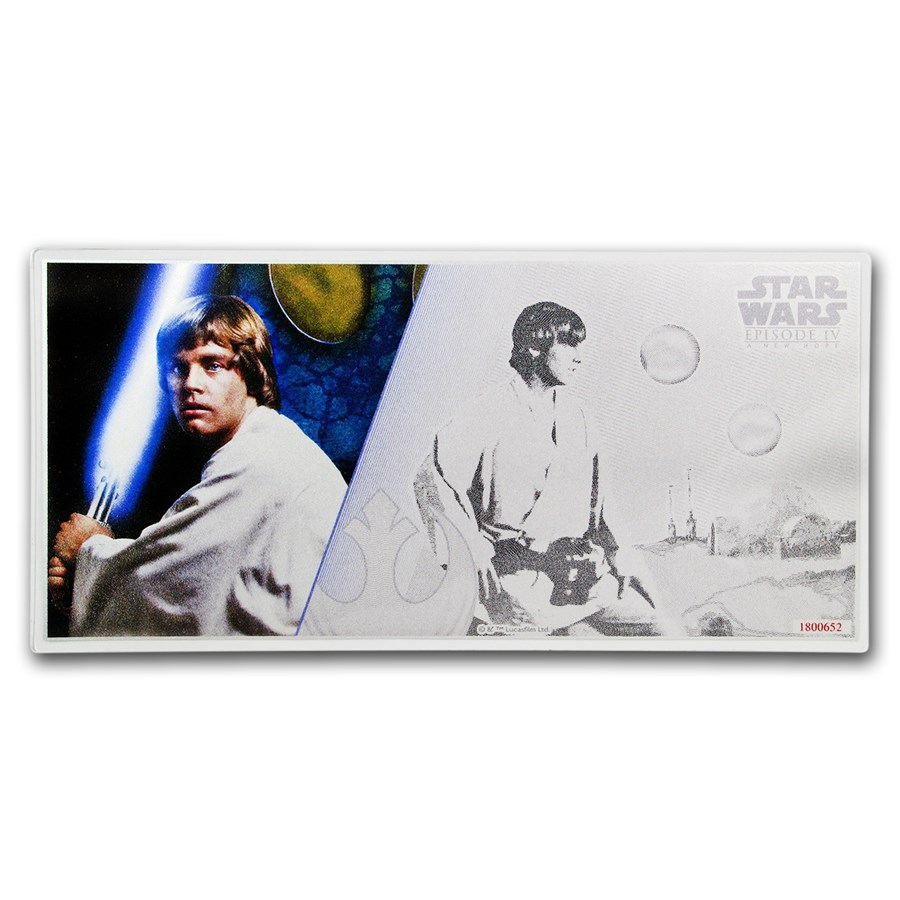 Your purchase is guaranteed to match the quality of the product shown. It will not be this exact item.
Product Details
Product Details
A new collection from New Zealand Mint commemorates six characters from STAR WARS: A New Hope. This first release featuring Luke Skywalker also comes with a six-note collector's album to begin your collection.

Note Highlights:
The first silver foil note in the Star Wars series is a must-have for any Star Wars fan, especially since it includes a limited edition collector's album to begin your collection! Add this 5 gram STAR WARS Luke Skywalker Silver Foil Note with Collector's Album to your cart today! And may the Force be with you!

I got bear hugged

My friend whos a huge star wars fan was at awe when I gave him this as a gift. He literally bear hugged me to the point that my back started to crack!!!