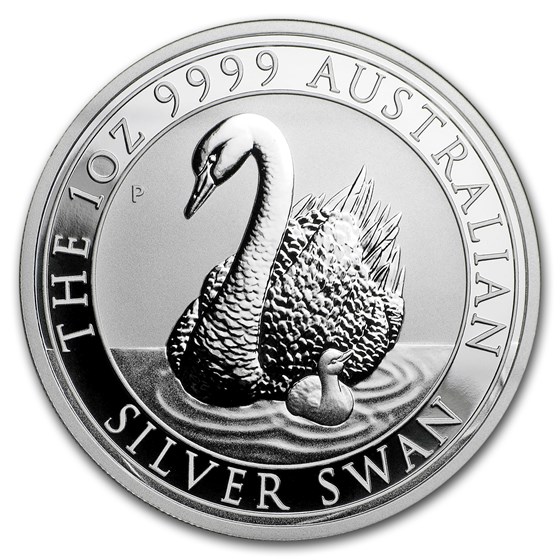 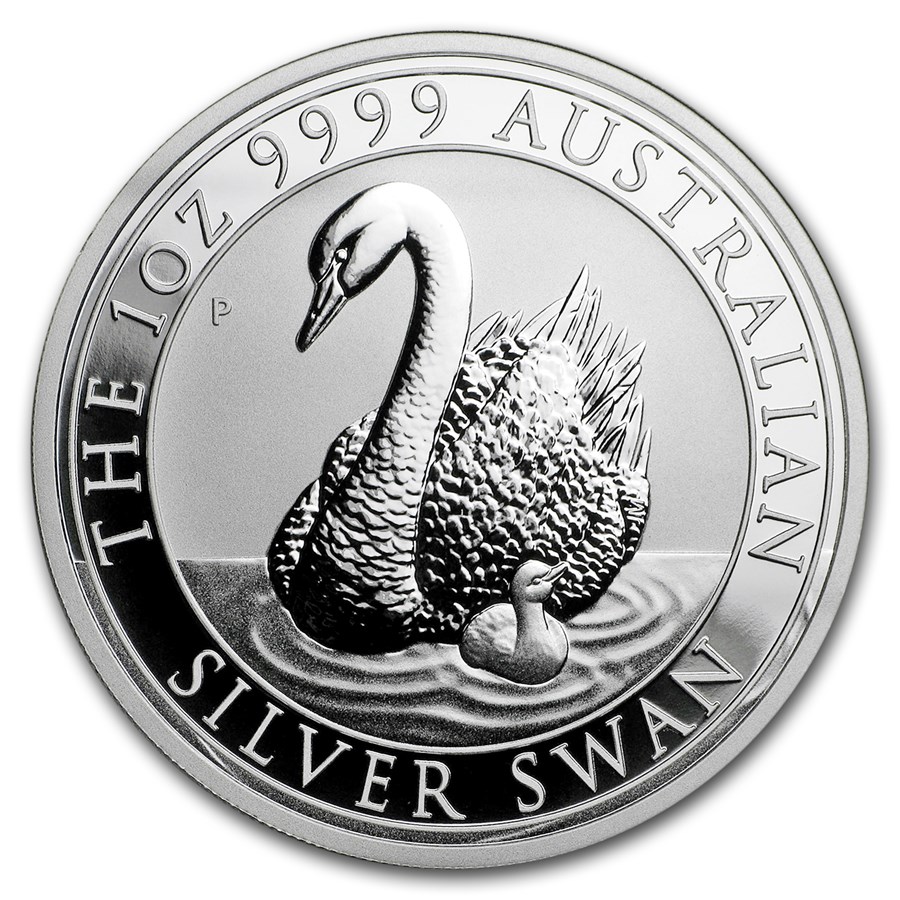 Product Details
Product Details
Exquisitely crafted, this Brilliant Uncirculated Silver Swan builds on the success of the Silver bullion Swan first launched in 2017. This 2018 BU Swan continues the limited mintage of 25,000 coins made of .9999 fine Silver.

This coin is the second annual series of 1 oz limited mintage Silver Swan coins with designs varying each year, much like the heralded Koala and Kookaburra coin series from Perth. Featuring a limited mintage of 25,000 coins and .9999 fine Silver, this opportunity is sure to be fleeting! Learn more about the exciting Perth Swan Series today.

As described! Low mintage. This is a deal!

BUY this coin trust a pro 100% skip the trash coins out there and get a beast of a COIN ! Design is epic quality art amazing this coin will be easy to sell down the road to serious buyers.

These swan coins are a big hit they look very nice. With the low mintage it is very worth the effort to snag a couple. I believe it will be well worth it down the road. Thanks Apmex.

After the success of the 2017 Australia Silver Swan, I could not miss another opportunity to own this year's 2018 Silver Swan! The coins look amazing and are in excellent condition! I am glad to add these to my collection. APMEX always does an amazing job with all of my silver purchases! For all of you reading this, don't miss out! Buy from APMEX!

I will buy more of these...

This is a beautiful design and I had to grab a few of these and I am so glad I did. Perfect condition, wish I could get a few more.

nice coin, another beauty from the Perth mint

not going to lie, i swore i wasn't going to get into this series with the crazy high prices. But the beauty of this coin drew me in. Prices will only go up from here

Always Beautiful, but costly this time.

I knew that this time I don't would have the same lucky as the last year with the first strike, when I could buy five swans for a very low premium over spot, but I did'n hope that this year the price shot up more than 100% Anyway I have my lonely 2018 swan for my colection and I think it's enough.

it shines above all others

I just recieved my very first 2018 Swan and its amazing. I put it in a airtite #40 so it shines even more. This is one amazing coin and I wish I had ordered a roll but was caught off guard when the pricing came out early that morning. It's nice and I'm satisfied with just one coin, not really I want 5 more.

I was lucky enough to get one in 2017 and was anticipating the 2018 release. A beautiful coin in perfect condition.