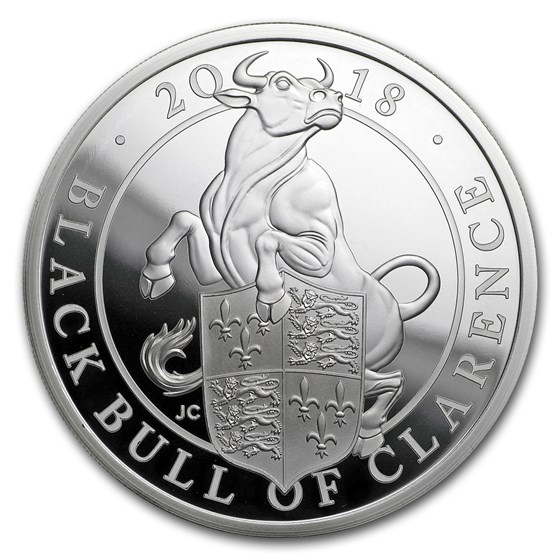 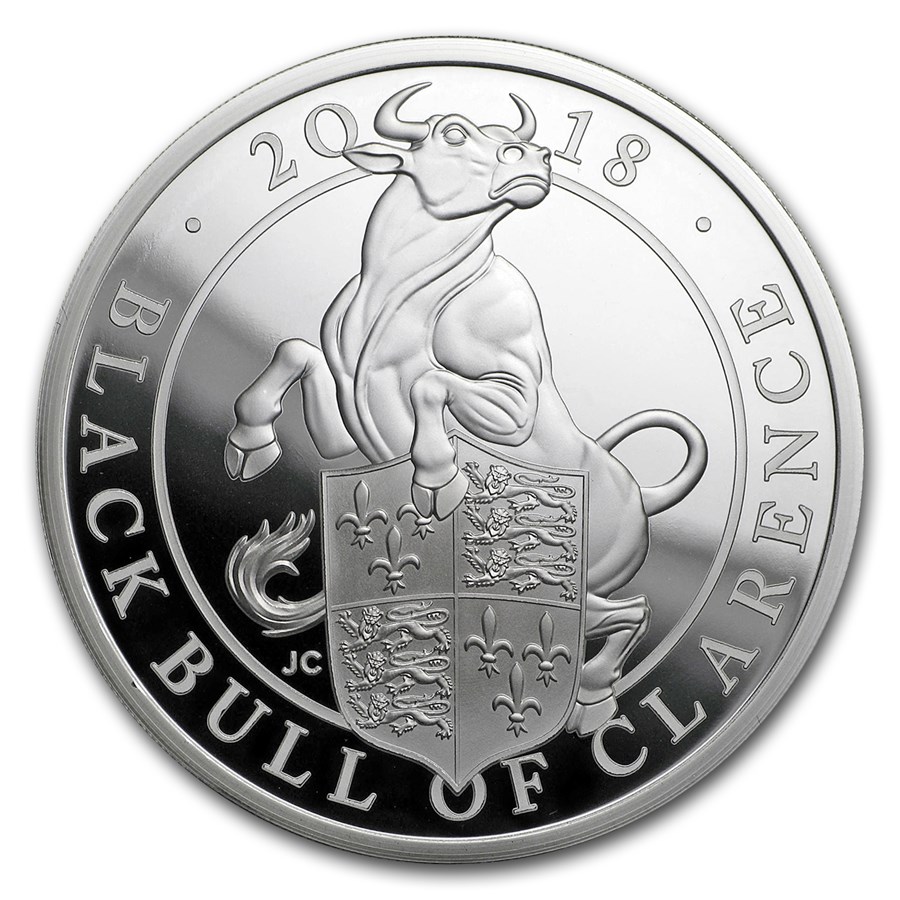 Your purchase will match the quality of the product shown.
Product Details
Product Details
The fourth release in the Queen's Beasts Proof coin series presents the Black Bull of Clarence. This "earthy" heraldic beast came to the Queen through Edward IV.

This majestic coin is a must-have for any collection! Add this 2018 GB Proof 1 oz Silver Queen's Beasts Bull to your cart today!

I personally think the Royal mint hit it out of the park with this series and the low mintage poof is everything i would have expected from this series. Marvelous piece! As always, great Apmex service.