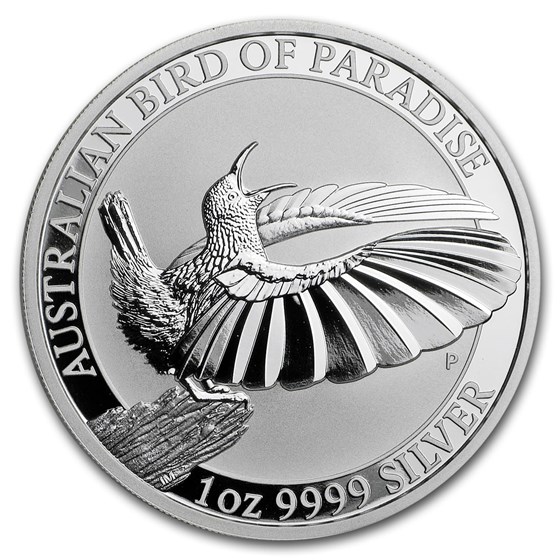 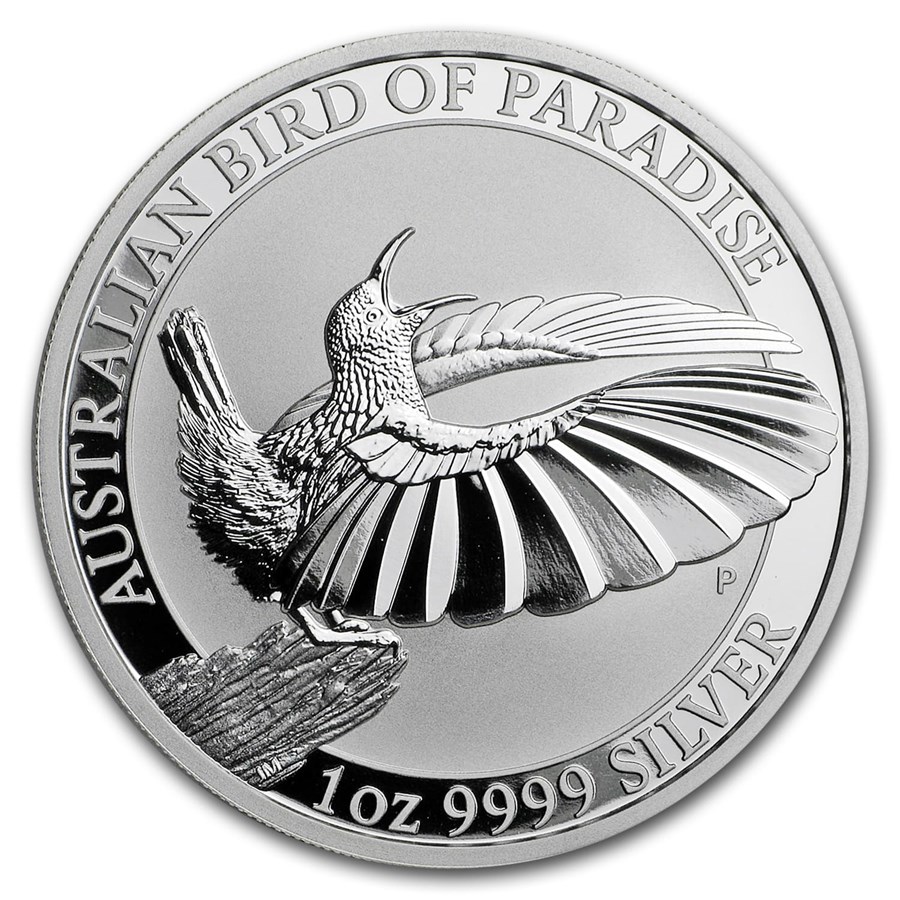 Coin Highlights:
Protect and display your Silver Victoria’s Riflebird in style by adding an attractive display or gift box to your order.

The bird of paradise is famously associated with the island of New Guinea. It's beautiful plumes are used as currency by local tribes and worn as adornments during cultural ceremonies.

A remarkable example is Victoria’s riflebird. Known as the "duwuduwu" to the indigenous Yidinji people, it was recorded by naturalist John Macgillivray in 1848 and subsequently named after the reigning of Queen Victoria.

In color, the male bird’s similarity to the uniforms of contemporary British riflemen is the purported reason for its common title. Velvety black, the plumage includes areas of iridescent greenish blue, purple and bronze which are used to showy effect during its theatrical courtship dance.

This flamboyant display involves a series of nodding, weaving and flapping movements. As a dramatic finale, the bird holds its head high while arching its wings up skyward in a dramatic call for a mate.

Each coin is struck by The Perth Mint from 1oz of .9999 fine Silver, and issued as legal tender under the Australian Currency Act 1965.

Glad I was able to get this coin when available. Dramatic and striking design! 5 stars!

Very pretty design. Wings of bird seems to shimmer, and changes tone of silver feathers upon movement of coin under lighting.Artistic detailing. Will purchase again in future.

These are top shelf in terms of design & execution. Perth mint = high quality, buy some!

Wanted to diversify my silver collection so I got these because of the mintage cap. I now wish I had ordered more! The protective capsule is a plus, the coin is in perfect condition. The design is awesome, please don’t buy as I want them all to myself!

I was blown away by this one! Popped it in a 40mm air-tite with black gasket (fits perfectly) and I've been staring at it ever since. Easily the most magnificent coin in my collection. You will not be dissappointed!