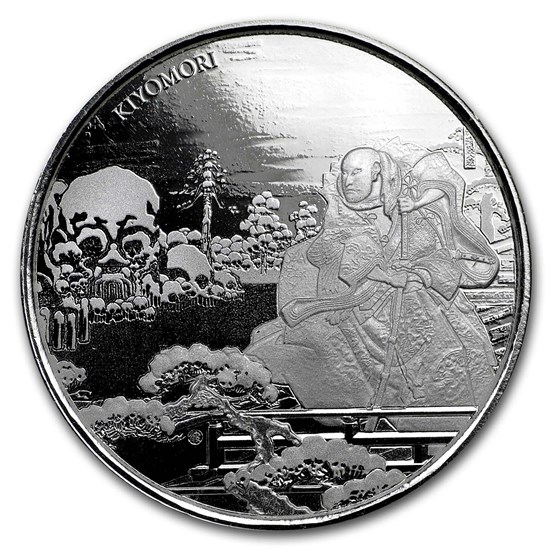 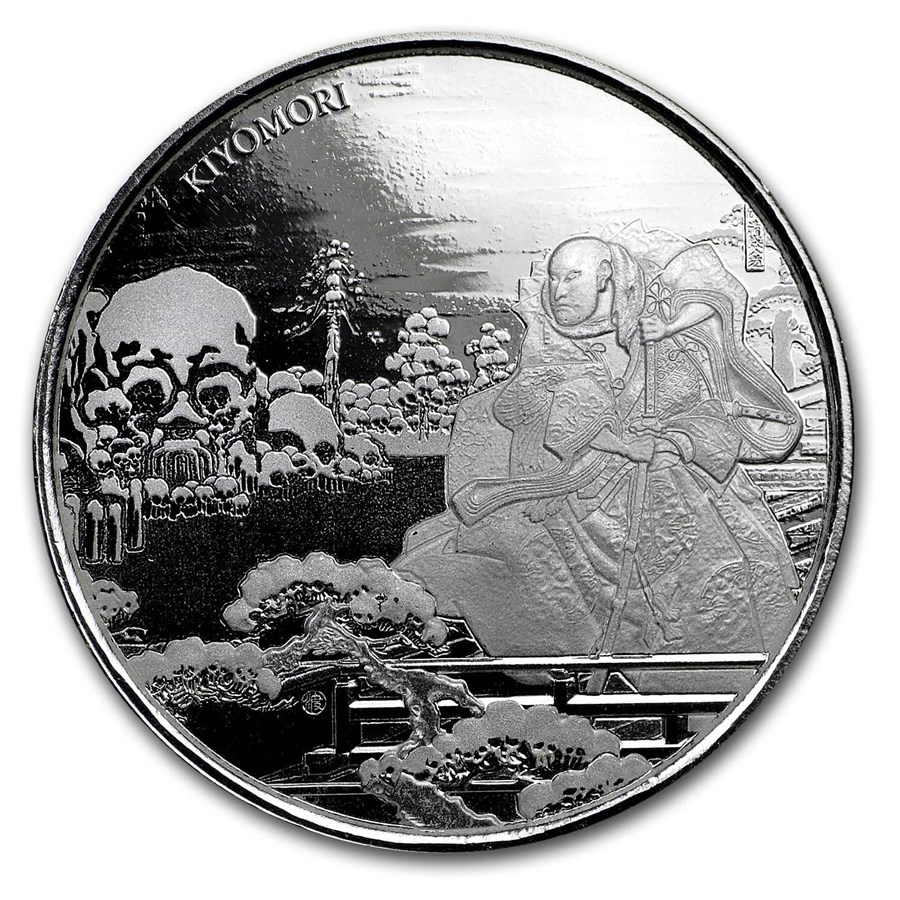 $29.19 $31.19
Any Quantity
Product Details
Product Details
Any quantity only $6.99 per coin over spot
From Scottsdale Mint comes the Samurai Archives, an annual low mintage bullion program. The inaugural issue features the 12th-century samurai Taira no Kiyomori, a powerful and influential Japanese military leader during the late Heian period in Japan.

As the head of the fearsome Taira clan, Kiyomori gained prominence through his military triumphs during the Hogen and Heiji Rebellions. Tiara no Kiyomori came to dominate the court politics as well, bringing an end to the direct Imperial rule and establishing the first samurai-dominated administrative government in the history of Japan.

Add all the Fijian series from Scottsdale Mint to your collection. Add this beautiful Silver Samurai coin to your cart today!

Detail and Shine are amazing. Both sides are beautiful. Came in a quality capsule.

This is a stunning samurai silver coin, it looks amazing when you compare it the the woodblock print! I hope to get a few more of these!!! Great price and fast shipping!!!

Amazing looking coin! I like the vacuum sealed package it came in. This will be a great series.

The designs and patterns surrounding the Fijian coat of arms gravitated me towards to getting this coin. The samurai on the back is dope. Japanese culture has been in my heart since I was a child. Grew up with it around me..