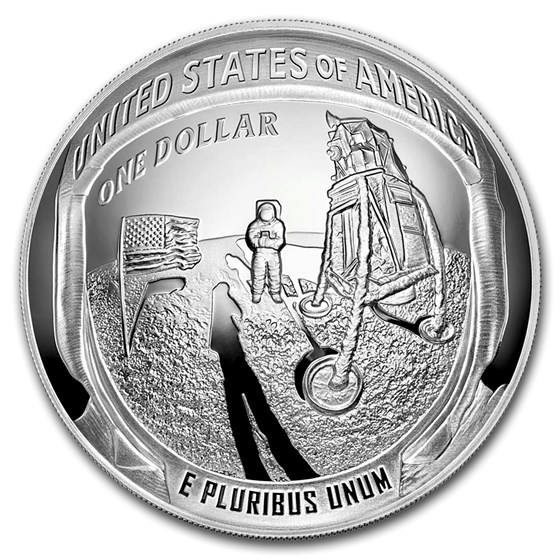 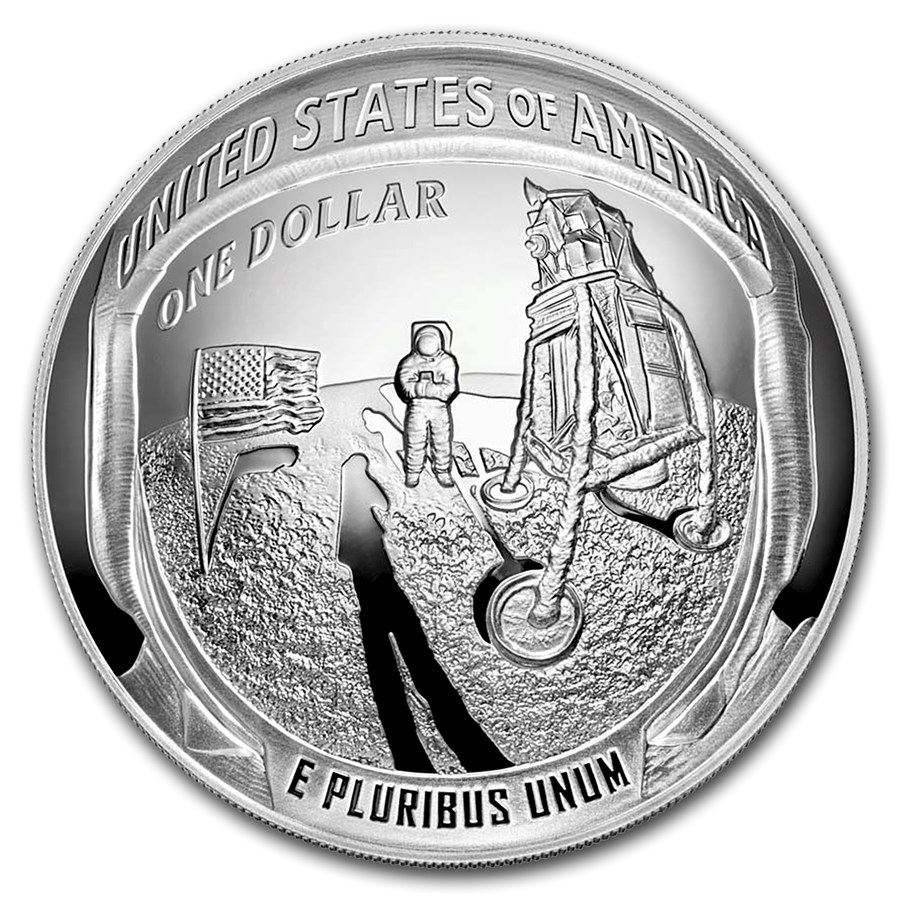 Product Details
Product Details
This Apollo 11 commemorative proof coin is the first-ever domed 5 oz Silver coin from the U.S. Mint. Limited to a mintage of only 100,000 pieces, this impressive coin commemorates the first manned lunar landing on July 20, 1969.

Having a momento of this achievement (Moon- landing) was the primary motivation behind the purchase. However, I was not disappointed by the unique shape and engravings.

Houston, We DO NOT Have A Problem

Wow! A fitting tribute to the greatest venture ever undertaken by mankind.