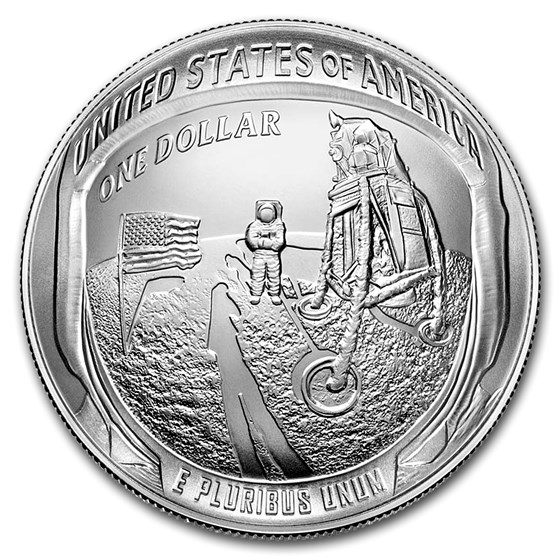 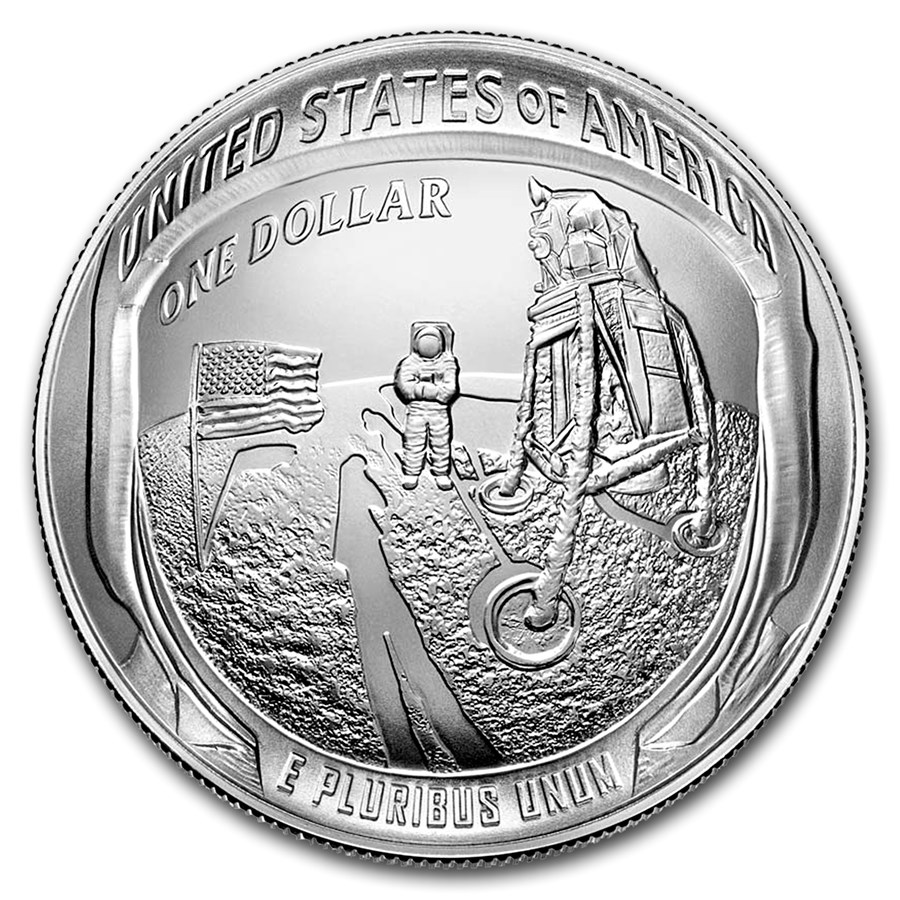 Product Details
Product Details
This Apollo 11 commemorative coin is the first Silver dollar from the U.S. Mint to be struck in .999 fine Silver. Featuring an attractive design on an innovative curved planchet, these coins celebrate the 50th anniversary of the Apollo 11 landing.

This coin represents one of the greatest achievements of the United States in the 20th century with an innovative new collectible. Add the domed Apollo 11 Silver Dollar to your cart today!

Excellent coin design, beautiful coin and one that will truly rise in value and a great investment.And a true representation of the great Apollo 11mission truly very nice coin and represents the achievements of our country

It's a beautiful coin. Great artwork and realism.