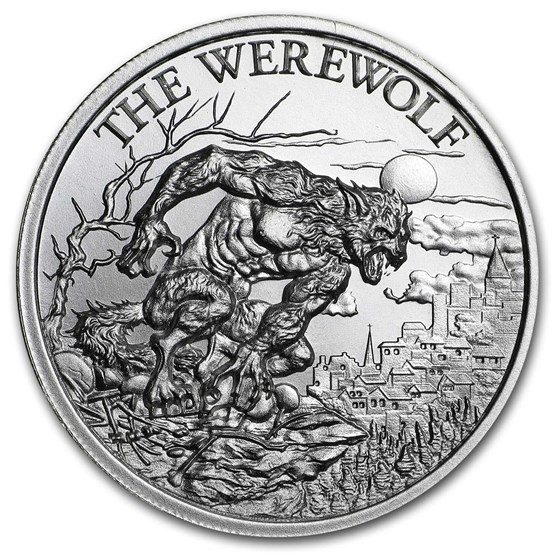 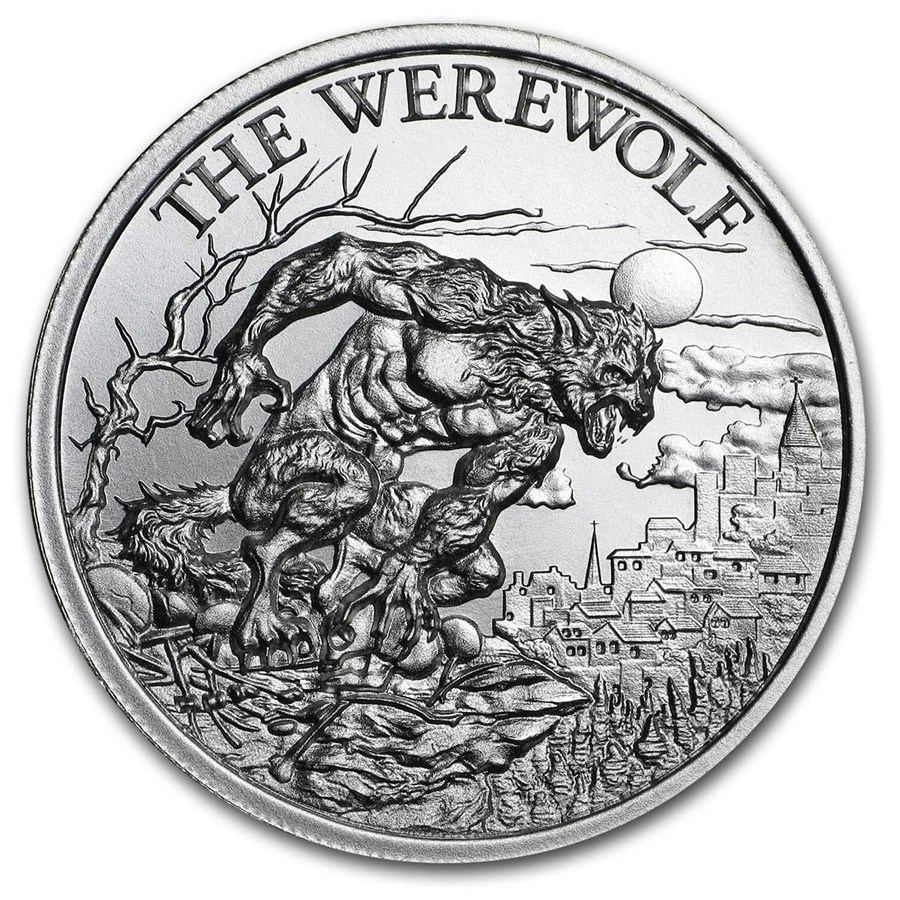 Product Details
Product Details
This 2 oz .999 fine Silver round is part of the Cryptozoology series, which features a highly detailed image of a Werewolf.

Just how does one become a werewolf? This also has changed throughout history. In 20th century modern fiction, it is commonly believed that you must be bitten by a werewolf actually to become one. But that was not always the case. In stories from earlier times, all one had to do was wear a belt made of wolf skin. Another legend claimed that just drinking rainwater from a wolf paw print was enough for the transformation. In Italy, it was believed that if someone slept outside on a Wednesday or a Friday, and the moon was full, that person would become a werewolf. This belief led to the notion that a full moon caused a werewolf to transform.

Rye and mistletoe were commonly used to repel werewolves. Reeds of rye were hung on doorways to keep werewolves from entering. A plant called wolfsbane was thought to be a cure from becoming a werewolf. In middle eastern cultures, it was thought that one could kill a werewolf if you struck it on the head with a knife. In Germany, they believed that by calling the werewolf by his human name would return him to his proper state. It wasn’t until 1935 that the idea of shooting a werewolf with a Silver bullet was introduced. It was first mentioned in a book, but over the years, it has become ingrained in peoples minds that it is the only way to kill a werewolf.