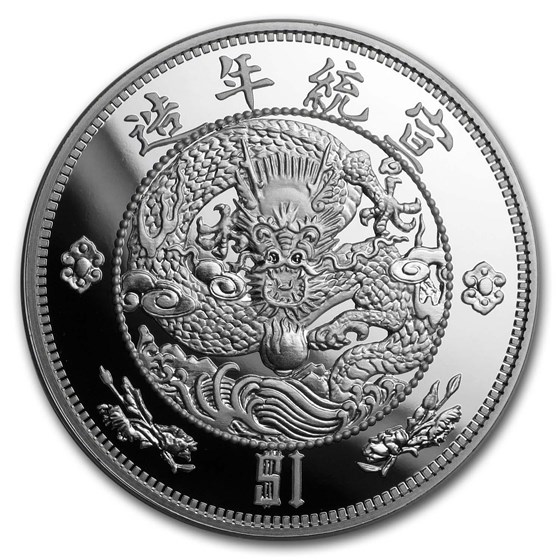 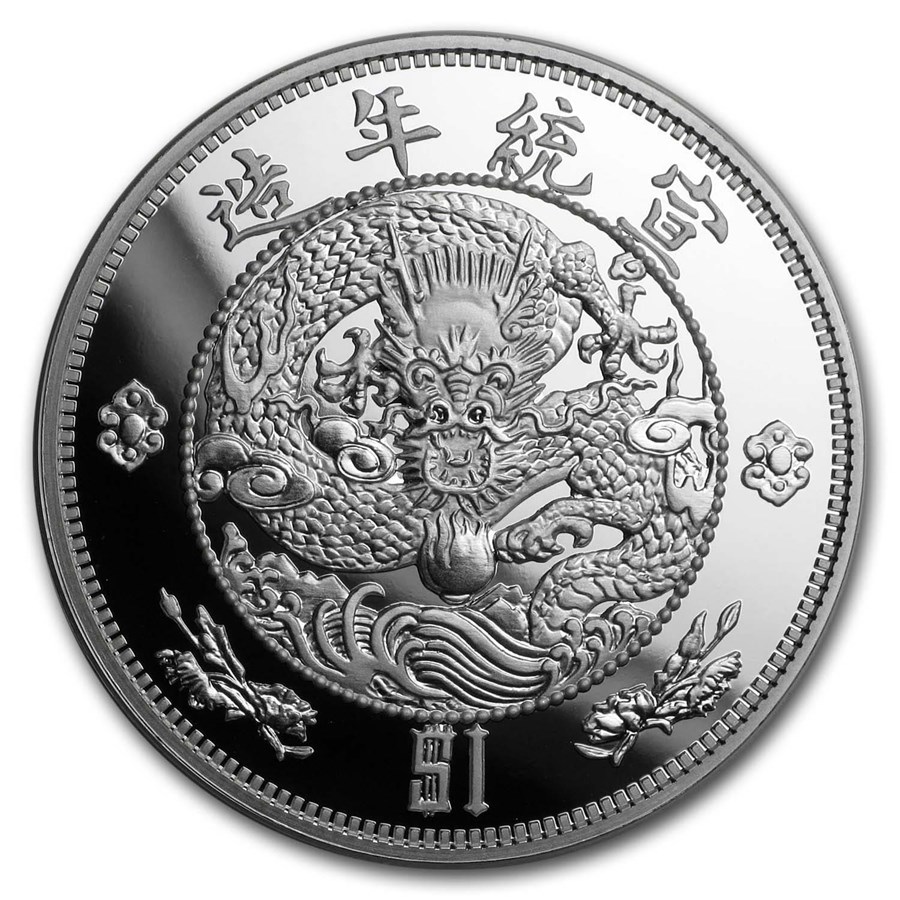 Original issue was minted by the Central Mint in 1910 as the Imperial Silver dollar and more commonly known as the "Water Dragon" for its unique design of the Dragon flying over the sea. Today, the original coins are considered highly collectible, very scarce and command a very high premium!

Coin Highlights:
This Silver PU (Premium Uncirculated) restrike is loved around the world for its 1 oz metal content and classic design. Add the 2020 China 1 oz Silver Dragon Restrike to your cart today!

I listed value (low premium over spot) because the value of all the Dragon Series coins has gone up in value at a insane pace. They are all very attractive coins. A terrific investment, or a very nice present for someone very special to you. They arrive in a heavy plastic sealed pouch, in Mint Perfict condition. If I was a wealthy person I would be getting a mini monster box of each coin. Unfortunately I am not, so I got a couple of each coin. This coin has been out for a few weeks, so the price has doubled from first issued and I’d say this coin is still a good investment. So get one now, they will be gone soon.