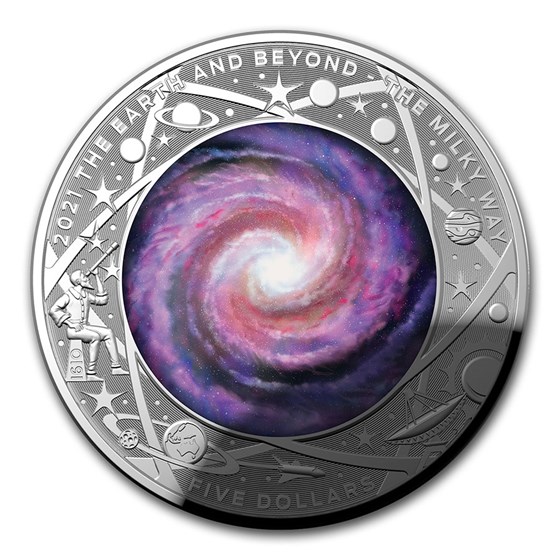 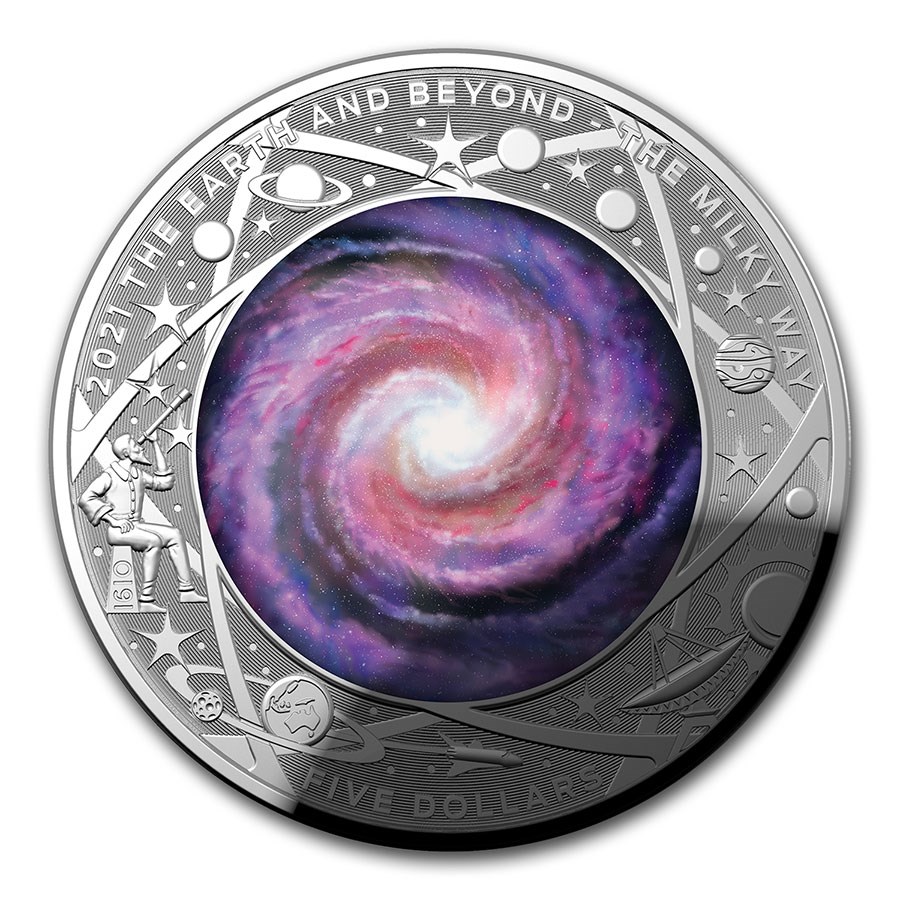 Coin Highlights:
Following their sold out series 3-Coin Earth and Beyond series from 2018-2019, the Mint has released a follow-up coin featuring the Milky Way. Add the 2021 1 oz Silver $5 Australia Colorized Domed Milky Way Proof coin to your cart today!

The Earth and Beyond
The Royal Australian Mint first launched a three coin Earth and Beyond series in 1 oz Silver, with a Domed finish. The series featured the Earth, the Moon, and the Sun, and were extremely popular releases. New for 2021, the Mint has produced an additional release in both 1 oz Silver and 1 oz Gold, featuring the Milky Way galaxy. The Gold Domed coin is colorized to show the beauty that is the Milky Way.