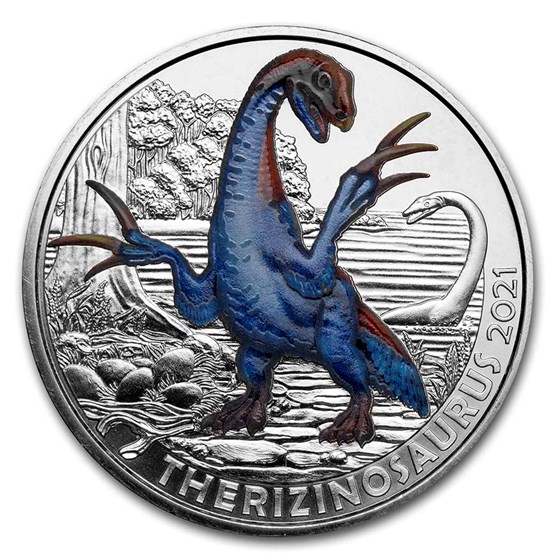 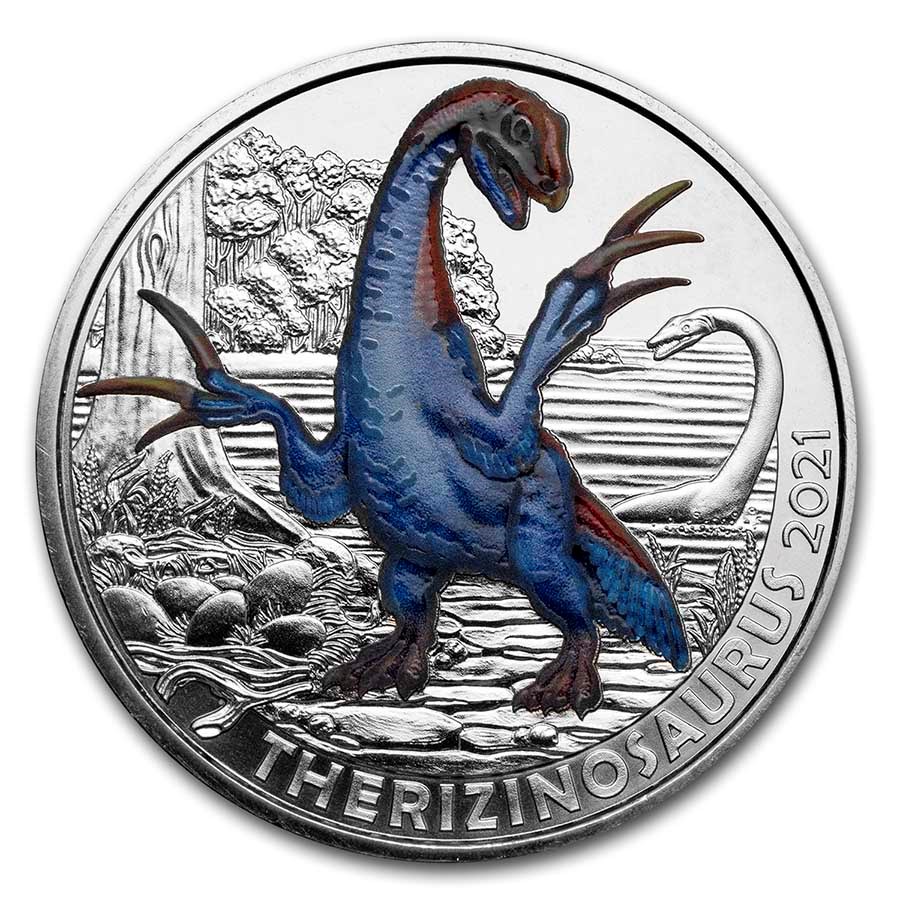 Product Details
Product Details
Behold the bright and colorful series from the Austrian Mint - Supersaurs! This series brings prehistoric giants back to life in the shape of 12 superb glow-in-the-dark coins.

Appearances can be deceptive. Weighing five tons, up to ten meters tall and boasting sharp claws that were longer than those of any other land animal that has ever existed, the Therizinosaurus was not as dangerous as it looked. The subject of the sixth coin in the superlative Supersaurs series was actually a vegetarian and its claws more suited to detaching vegetation than attacking the other animals that roamed the planet some 70 million years ago.

As a theropod, Therizinosaurus cheloniformis was not only distantly related to predators such as Tyrannosaurus rex but also to present-day birds. Originally carnivorous, over time the Therizinosaurus changed its diet and became a pure herbivore. During the late Cretaceous period, it lived in areas of the northern continent of Laurasia that now correspond to North America, China and Mongolia. Up to one meter in length, flat, curved and pointed at the end, the dinosaur’s claws are responsible for its nickname, ‘scythe lizard’. They were used primarily to reach high branches in trees as well as perhaps for self-defense. Well preserved remains of one of its close relatives have suggested that, rather surprisingly, the Therizinosaurus was also partially feathered.