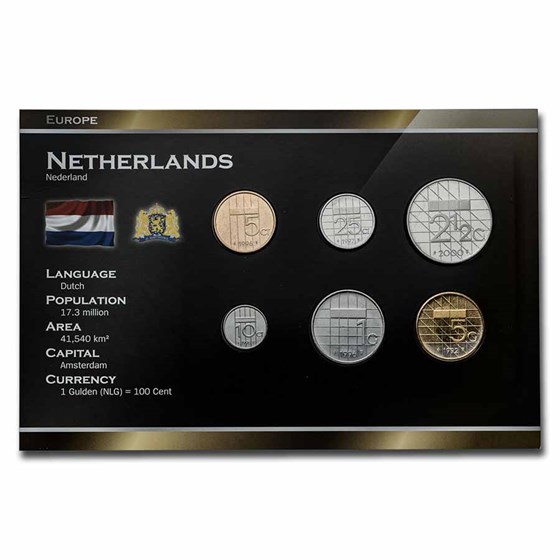 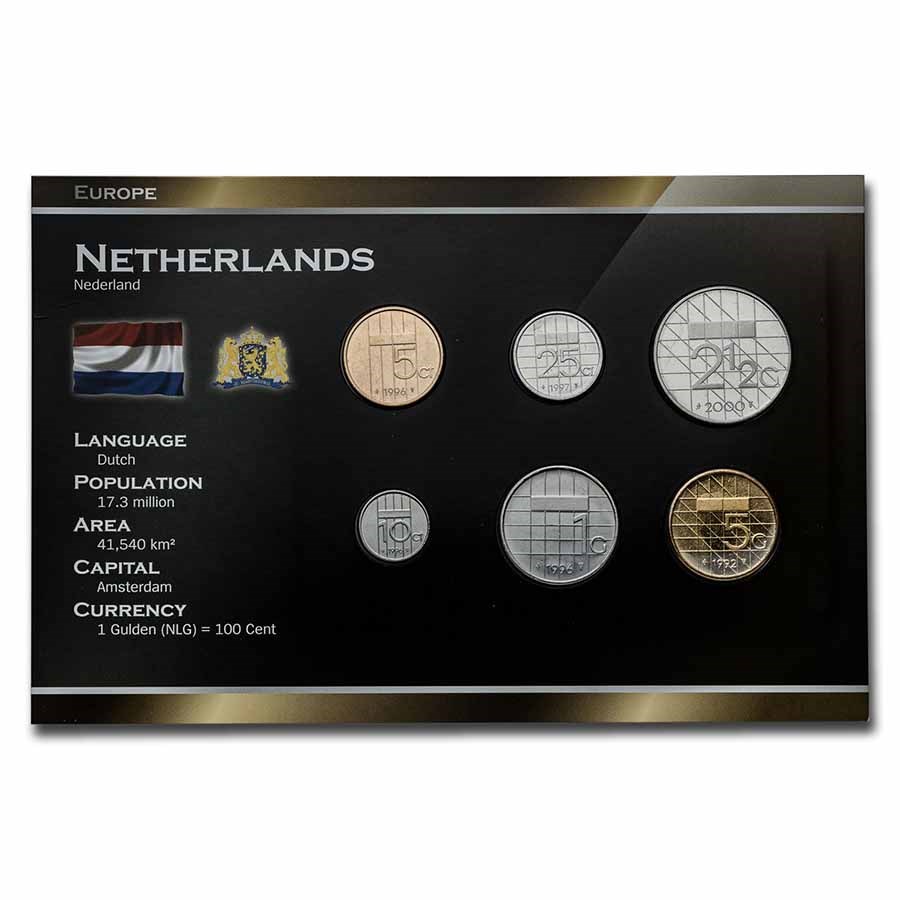 Product Details
Product Details
This set was put together with the national coinage used in the Netherlands before the introduction of the euro. The themes depicted on the coins will vary based on the years and denominations included in the set.

This Netherlands coin set would make a great gift or starter set for a beginning World coin collector.