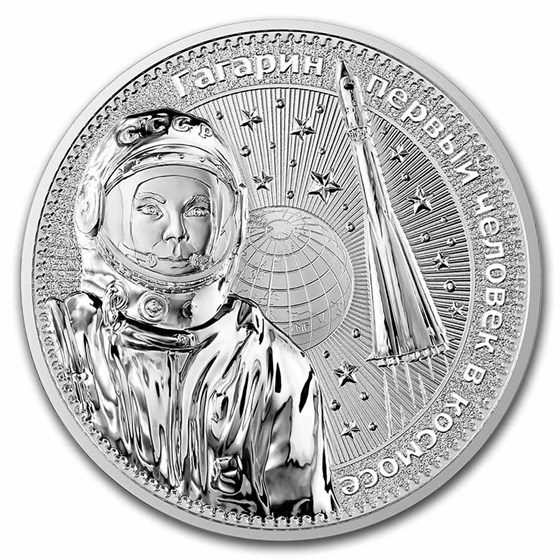 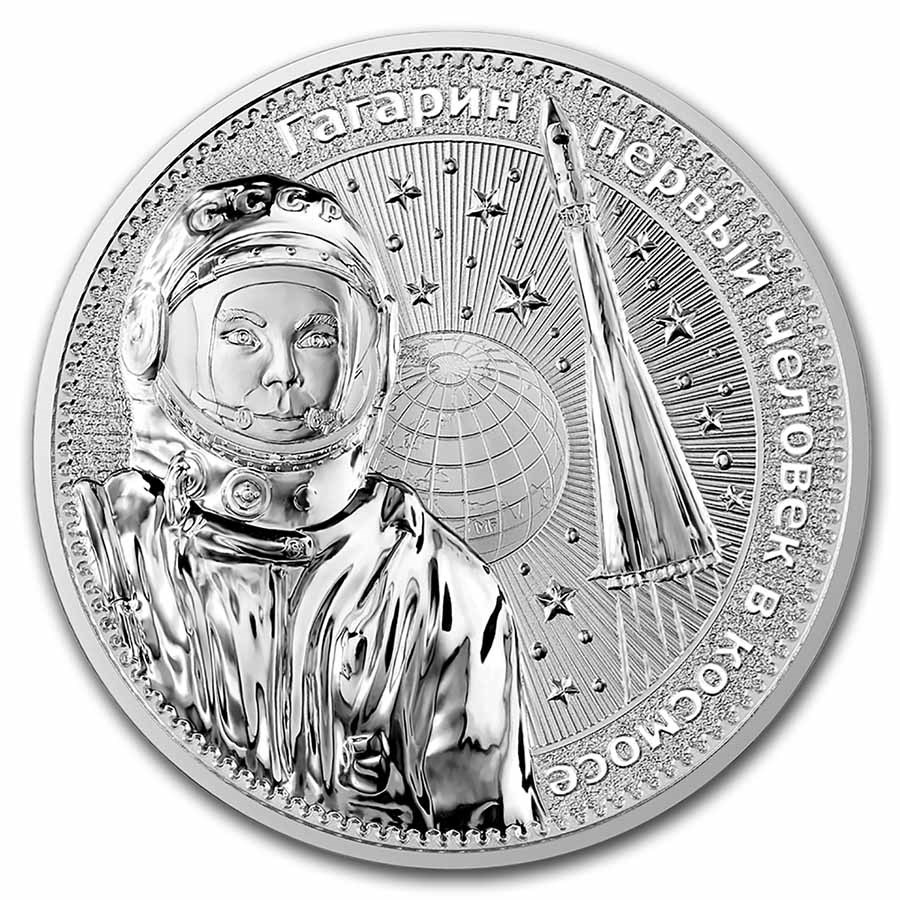 Product Details
Product Details
Germania Mint has established its name and reputation with some of the most unique and sought-after series in the world of collectible rounds. The 1 oz 2021 Interkosmos round is no different with amazing detail and craftsmanship.

Germania Interkosmos Series
The Germania Interkosmos program celebrates the many achievements of the Soviet space program. The series is the first venture between Germania Mint and the Red Star Project, which will aim to acquaint collectors all over the world with symbolism of the soviet space program through the release of beautifully designed rounds depicting famous people and events from the beloved era. This particular design marks the 60th Anniversary of Soviet Cosmonaut Yuri Gragarin's trip to space in 1961, a landmark event considered to be one of the most important in human history.

For the first release, the mint celebrates Yuri Gagarin and the Vostok 1 rocket. Gagarin is famed for being the first man to visit space. His famous flight took place on April 12th, 1961 and was a major milestone in the Space Race. The release is limited to just 15,000 brilliant uncirculated units and 607 ennobled and numbered units.