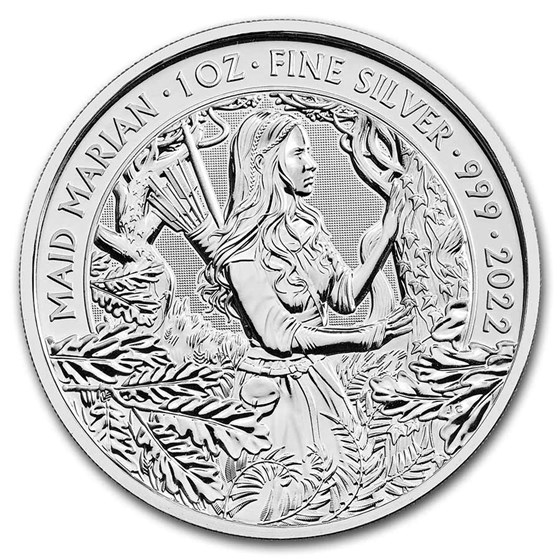 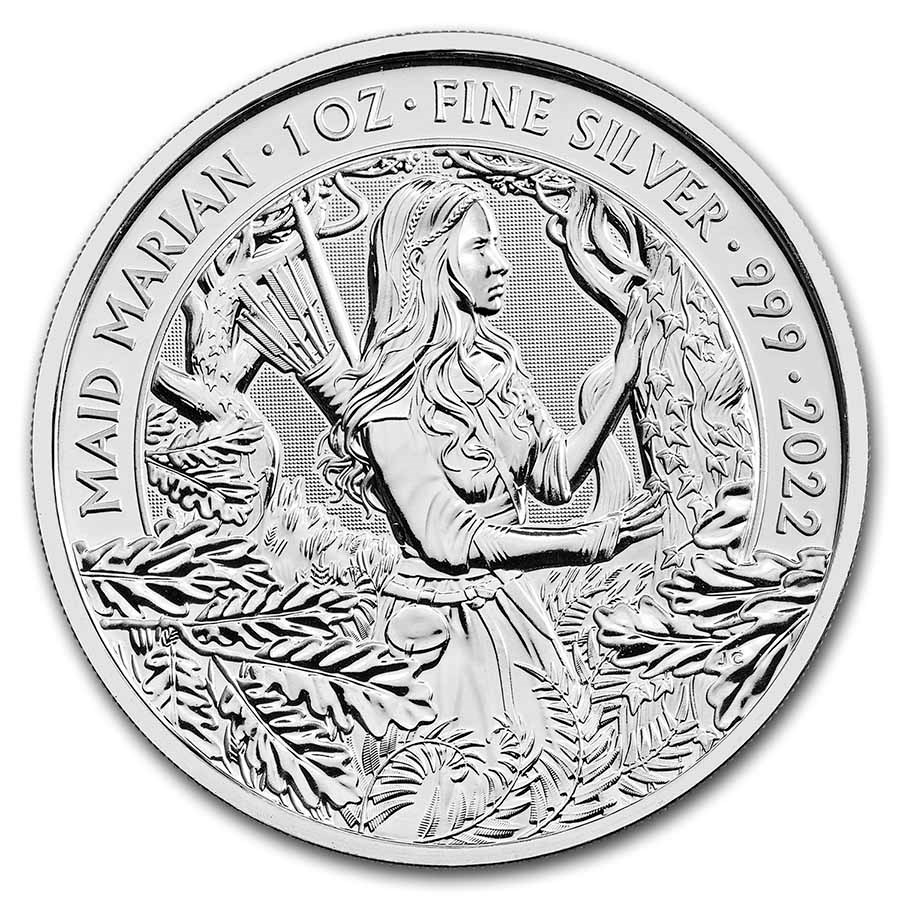 Display your 1 oz Maid Marian coin in style by adding an attractive presentation box to your order.

Myths and Legends Series
The 1 oz Silver Maid Marian coin is the second designer coin in a series featuring popular Myths and Legends from The Royal Mint. This Silver and Gold bullion coin series explores these enchanting tales and legends that have been passed down for centuries. This second coin features Maid Marian in .999 Fine Silver. Maid Marian is described as a woman of great rank, but always a person of the people. She is known for gathering valuable information that helped Robin Hood, as they made way through Sherwood Forest.

The Royal Mint:
The Royal Mint is the official mint of the United Kingdom, and has a rich history spanning over 1,100 years. The Mint offers unique and innovate product to celebrate traditions, moments, and offers a wide variety of collectible and investment coins. They are well-known for their flagship Britannia products, and also produce coinage for the United Kingdom. The Royal Mint also produces themed bullion series, such as the Queen's Beast, the British Music Legends, and this new Myths and Legends series.

This is an awesome series and I love this coin. Royal Mint makes beutiful coins.

One of my favorites to stack and easy to resell.

I just loved the details in the coin. Nice add to what I already have.

Another Lovely addition Maid Marion and Robin Hood together again. Beautiful detailed coin worthy of being Myths and Legends. Mahalo.

I like this series so far, this is a nice addition. Design is great, lots of detail, and not an obscene premium. The downsides: the queens face almost always has scuffs, about 1 in 6 have spotting, and any ding to the security features are easily seen. APMEX packaging is fantastic, so I'm sure this is how it came from the mint. I intend to keep buying the series, I'll just order extra to make sure I get the desired number of "clean" sets.