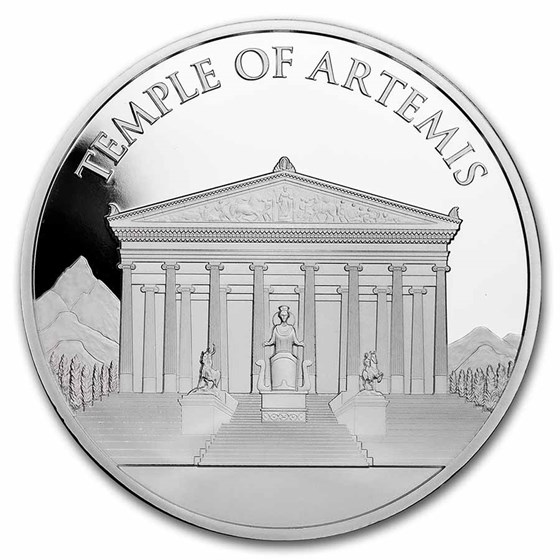 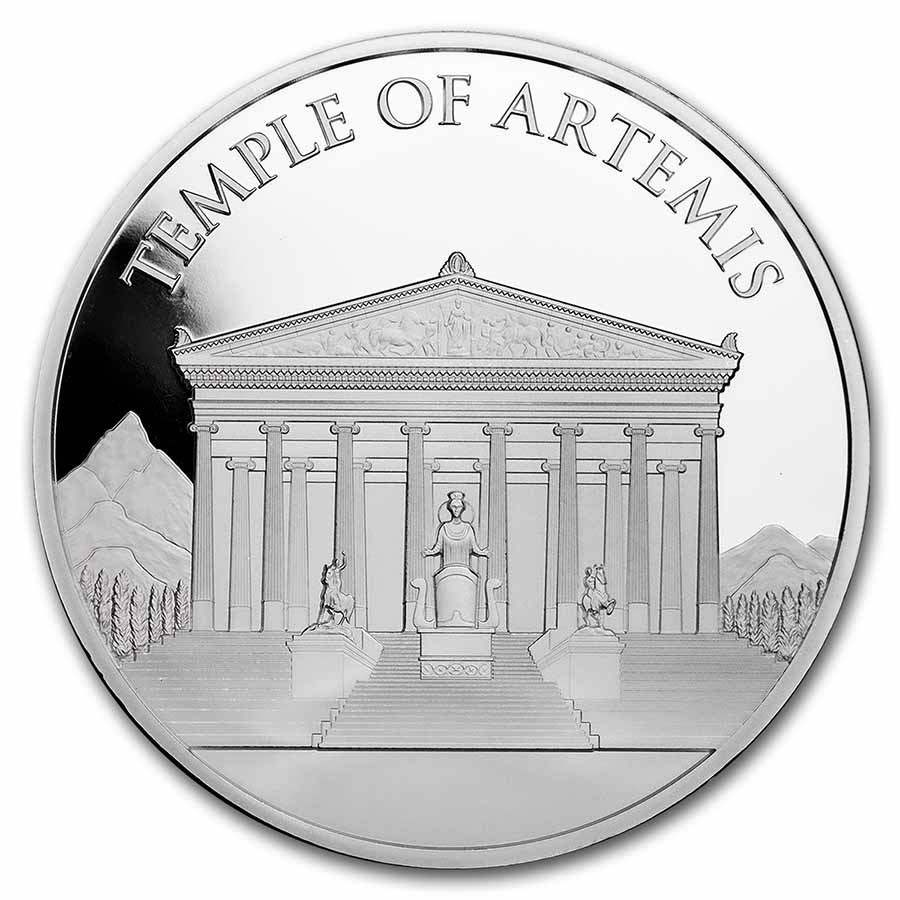 Product Details
Product Details
As low as $6.99 per round over spot
The Seven Wonders of the Ancient World are among the most famous landmarks in human history. The APMEXclusive® series highlights each wonder with a limited mintage release of Gold and Silver rounds, each displaying a landmark, effigy and denomination.


Continue your collection of the Seven Wonders series with this Temple of Artemis round today!

Add this Seven Wonders gift tin to your order to store and display your collection of unique rounds featuring the most famous landmarks in history!

Around 550 BCE, Croesus, the king of Lydia, built the magnificent temple, which was subsequently destroyed by a lunatic named Herostratus in 356 BCE. The Artemesium was remarkable not just for its enormous size, which was 350 by 180 feet (about 110 by 55 meters), but also for the amazing artistic works of art that were on display within. According to legend, on the same day that the temple burned down, Alexander the Great was born. Artemis herself was so focused on his birth that she was unable to rescue her temple. Alexander offered to pay to restore the vast temple as an adult, but since he was considered a deity by some, his generous offer was declined.

The Temple of Artemis was home to a number of renowned Greek artists' sculptures. The temple also housed works by Polyclitus, Pheidias, Cresilas and Phradmon, as well as bright paintings and gilded columns inlaid with Gold and Silver. There were many sculptors competing to make the greatest statue. The Amazons, who are said to have established Ephesus, were frequently represented in these works.

Seven Wonders of the Ancient World
APMEX is proud to present the Seven Wonders of the Ancient World series. This exciting series will include seven releases featuring limited mintages of 7,777 Silver and 77 Gold, respectively. Each release of Silver and Gold rounds features a beautiful design of a mystical wonder of the ancient world and an effigy of a historical figure relevant to the subject, along with a denomination applicable to the period.

Wonders of the World

One of a series. This is the only one I collected. The others are of so so design. It is silver and the price was reasobable.

A fine start for a coin collection

the over all look is nice to view, the temple is wonderfully engraved and stands out nicely. the image of Alexander the great could have been better served if they had a pattern from the coins of the time. but thatr is realy a small detail. still a good starter coin.